Honestly, I think the US needs its own version of a referendum making it absolutely mandatory that a presidential campaign begin in January and end with the election in November. Ten months is more than sufficient. Six months would be even better.  Aren’t we closing in on two years?!  Am I the only one counting the days?

There’s a lot to be said about life in the US.  And, there’s a lot to be said about seeing what’s on the other side of the border, or ocean.  Retirement is that time in life when options abound.  There is a certain sense of freedom and more and more baby boomers are choosing life outside of the US.  Investopedia offers 5 reasons as to why Americans are choosing to retire abroad.

Read the full article here, and let me know what you think. Do any of these 5 reasons resonate with you? Personally,  I’m in love with reason #5.

So, raise your hand if you’ve given thought to packing it in and redefining retirement by living an expat life.  It’s an enticing thought; getting away from it all and trying something new. There is the train of thought out there on social media that Canada is looking pretty good, although many believe Mexico would offer a warmer climate and cheaper cost of living. And, lest you think you’re alone in your expat thoughts…

Yes, there is a lot to be said for living in the US despite the daily headlines. But, there is also a lot to be said for taking the opportunity to try something new, to stretch ourselves out of our comfort zones.  It’s something I’ve been working on the past few years and while at times it has scared the hell out of me, I most definitely learn from each of those out of the box experiences.

We’ve had the expat conversation many times and truthfully, we’re quite serious in our contemplation of where we would live if we decide to change it up and live as expats. Our first and second choices were mutually agreed upon no brainers. Choice number 3 started out as a mixed opinion but was quickly agreed upon when the mention of one particular country came in to the conversation.

#1 Hands down, no second thoughts, we would move to Aix en Provence in a heartbeat.  We’re both madly in love with the south of France and there is just something about Aix that tugs at us.  The culture of the city is so alive with sidewalk cafes, fountains on every cobblestone street and fabulous open air markets.  Of course living in the heart of Aix is not inexpensive. But if we couldn’t live in the heart of the city why bother?  So, if even for just 1/3 of the year, life in Aix would be sweet. 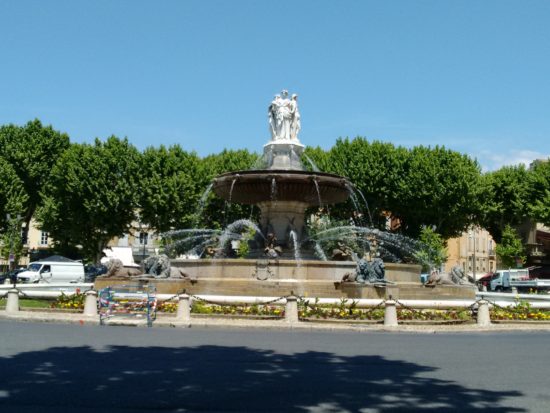 #2 Our instantly agreed upon second choice was Porto.  After walking the Camino across Spain we booked two tickets via train to Porto where we spent 5 days.  Not nearly enough days in the big picture, but enough for us to fall hard for the city.  The fact that I’m half Portuguese definitely played in to our decision to visit Porto and the city gave me a glimpse into my heritage.  The vibe of the city is upbeat, the beautiful culture of color and tiles, and the people. The people are wonderful. The Douro River is the ideal scenic back drop for the city, and let’s not forget the port cellars. Life in Porto, would be a sweet life. 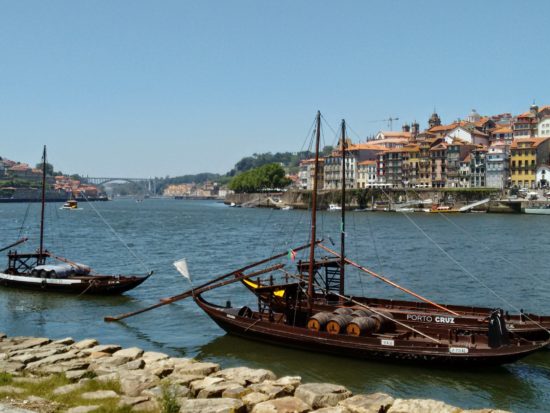 #3  My first third choice was Prague and although Abi loved the city as well, he wasn’t sure about living in Prague.  His vote was for Spain.  And, as soon as he said the word, Spain, we both knew our 3rd choice would be Leon.  If you followed our Camino de Santiago journey you know that we unexpectedly spent 4 nights in Leon so my feet could heal from the dreaded outbreak of blisters. I could have done without the blisters, but they took us to Leon and for that we are more than grateful.  Leon has a cosmopolitan vibe that bridges the historical with the modern. Life in Leon would be a sweet life. 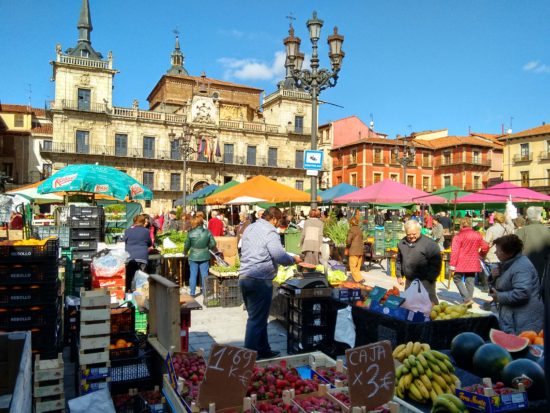 And when I say, life in Aix, or Porto or Leon, I’m talking about a life that finds us based in each city for a few months of the year; a base to hang our packs and explore not only the city, but what lies beyond.  It is so easy to travel around Europe via bus or train; so easy to hop over to another country for a few days.  And, because one can rent a base apartment and still travel for less than the cost of a home mortgage in the US, it’s a theoretically affordable lifestyle. Dividing the year between 3 base cities would be a sweet life.

It’s something to think about, isn’t it; counting the days until retirement and taking that leap of faith?  Or, are you sticking with Dorothy and her wise words, “There’s no place like home.”  But then again, home is where the heart is.