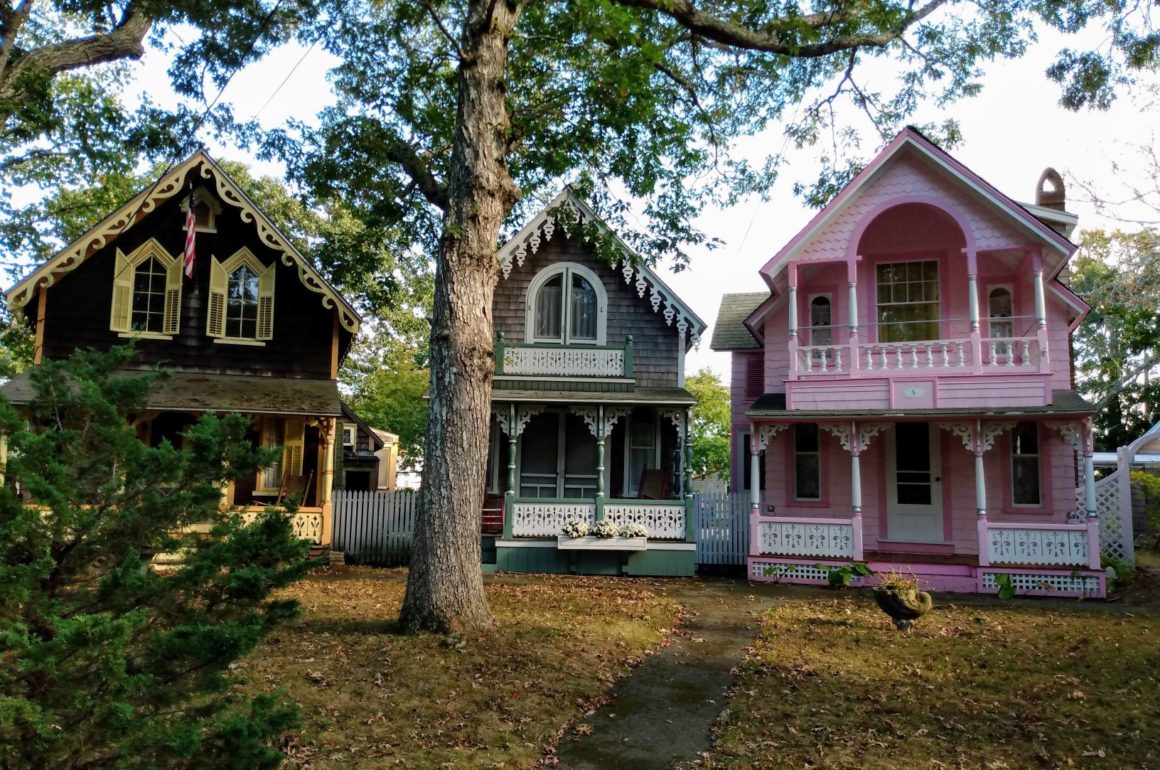 The gingerbread houses of Martha’s Vineyard are iconic. Each time we visit we take a relaxing stroll through the cluster of 300+ utterly charming and individually unique houses. We always discover something new.

Martha’s Vineyard Camp Association is a National Historic Landmark, dating back to the early 1800’s. Essentially, the community of gingerbread houses began as a collection of camp tents set up for summer religious revivals. Over the decades, what began as tent camps slowly grew to what visitors find today; a community of gingerbread houses (cottages) with “The Tabernacle” at the heart of the community.

A Bit of History

In 1835, Jeremiah Pease and fellow members of the Methodist Church in Edgartown, Martha’s Vineyard, dedicated a small section of land to host a summer religious revival. During those early revivals the days were filled with serious religious fervor, and as such were attended by adults only. The camp started with just a few tents in 1835. Subsequently, it grew to over 200 tents by 1855, and by the year 1880 the number of tents was capped at 500.

As a result of the growing interest, a larger section of land was purchased. Because more and more families (including children) began spending longer periods of time, each summer at the revivals, the tents began to take on a more permanent framing. Over the decades, as the community grew the tent houses transitioned to the gingerbread houses we see today.

There are 318 gingerbread houses within the camp grounds. Each time we stroll through the community, it feels as if we’re taking a walk back through time as we meander along the narrow lanes. It isn’t hard to imagine many a summer season spent relaxing on the little front porches.

Because the houses were originally built for just the summer revivals, most of them were built quite small with minimal features. Think thin walls, no heat, etc. Consequently, throughout the years there have been structural changes made to many of the houses; especially, for those occupied year round. For example, some of the smaller houses were joined together to become one larger house. Modern appliances, heat and air-conditioning, etc. were added as well. Some houses were moved to other locations in nearby Oak Bluffs, while others were sadly lost to fire.

When planning your next, or even your first, visit to Martha’s Vineyard, make it a point to take a stroll through this charming community. To learn more about renting a gingerbread house, read here.

« Previous post
How to Spend a Week on Martha’s Vineyard
Next post »
Norooz, The Persian New Year