The Story of Matilda & The Battle of Franklin 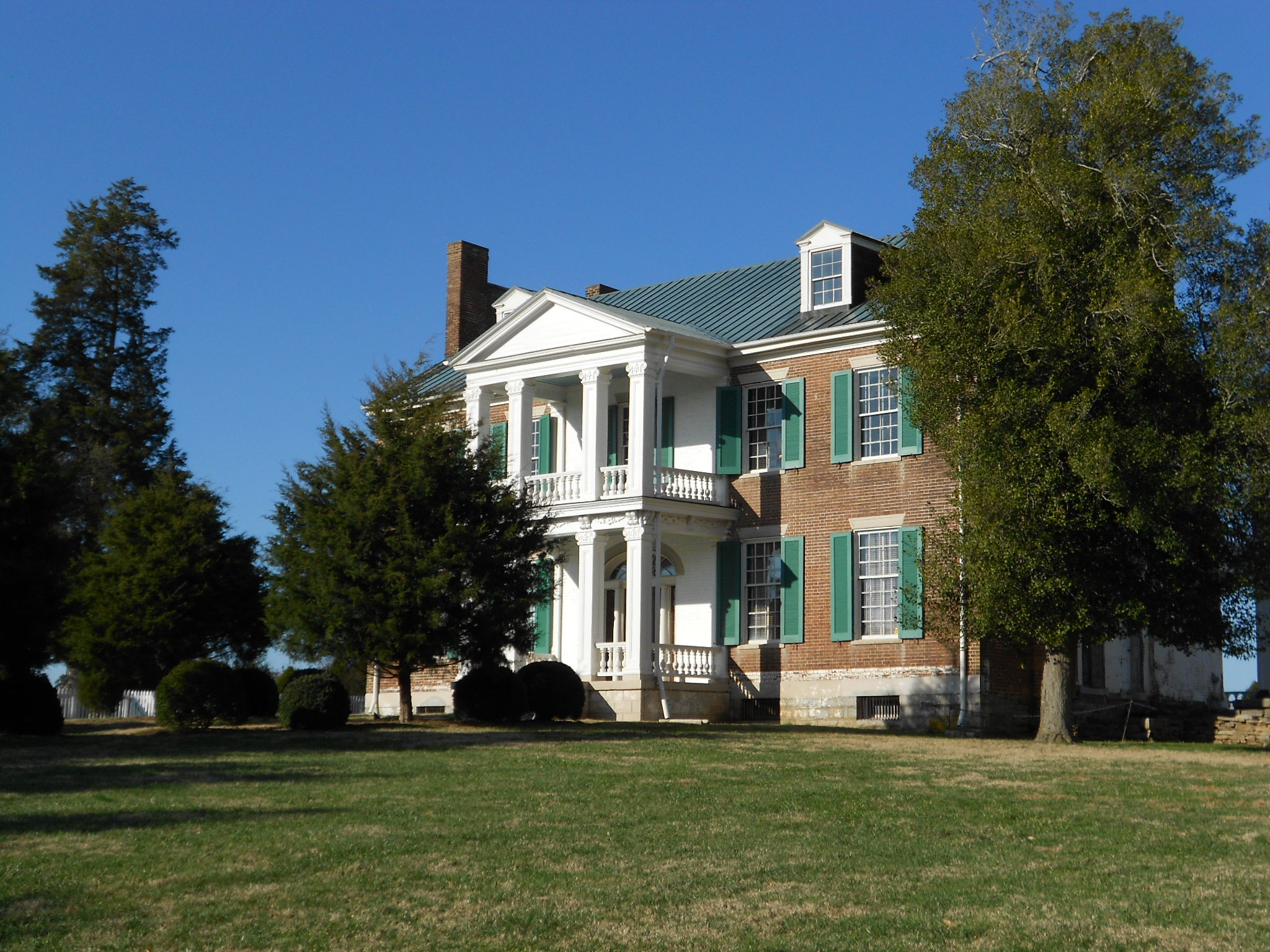 As we traveled across the USA this past December and January, there were several places and stories, such as the Battle of Franklin, that really stood out and have stayed with me; sitting on a little brain shelf waiting to be dusted off and told.  Some stories are easy.  Some, not so much because I want to do the characters justice by finding just the right niche…the not so common side of things.

I’ve been thinking about Franklin, TN for days.  There are 3 stories in particular that I want to tell.  But do I tell them as a combined story?  Will that suffice, or would I be short-changing the characters?  But if I tell each story individually, it may wear thin.  What to do?

All 3 stories are centered around one particular civil war battle, The Battle of Franklin, and the impact of that battle on 3 families.  Definitely, not a happy-hearted topic of conversation, but so much a part of our cultural history.   We learned a lot about the civil war and slavery on our trip, obviously, much more so in the southern states.

We hadn’t necessarily planned a trip to Franklin, but it felt like a good stopping point – a place to put our feet up, do our laundry and hang out for a couple of days.  We were there in December and the town was decked out in holiday festiveness – it was charming and we loved it.  But, it was also quite the contrast from the history of the town – which we were to learn the next day. 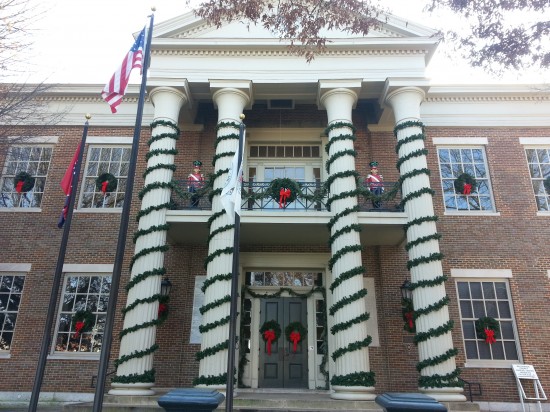 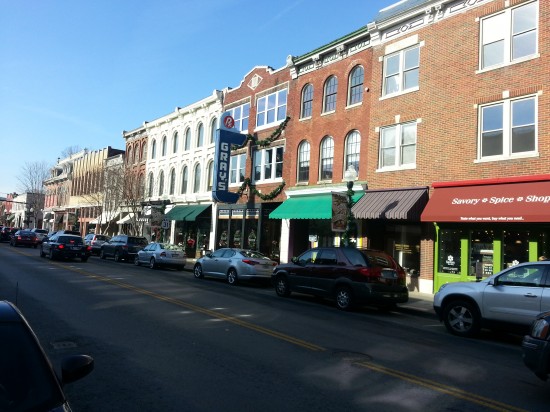 Matilda’s parents, Johann and Margaretha Lotz, immigrated from Germany in 1855.  They bought 5 acres of land from their new neighbor, Fountain Branch Carter.  Johann was a master carpenter and in 3 years he completed a beautiful wood frame home for his family.  It was his masterpiece, his portfolio if you will, for potential customers to see his work.  He was fulfilling his American dream for a better life.  He was good, honest and hardworking and he did not believe in the practice of slavery. 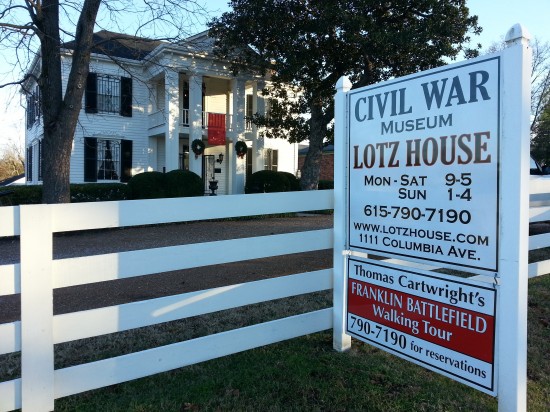 The Lotz’s neighbor, Fountain Branch Carter and his wife, Mary, built their home on a rise just outside of Franklin.  They had 12 children and they owned 28 slaves to work their 288-acre farm.  The 1860 census recorded their worth at $62,000. 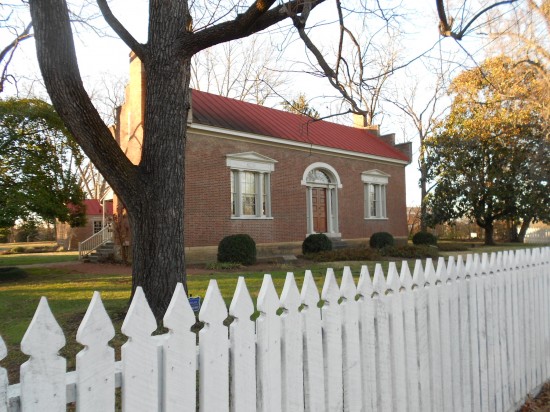 The Carter House – just across the street from the Lotz House

John and Carrie McGavock inherited their plantation – the Carnton Plantation – also just outside of Franklin.  They had 5 children,  but only 2 survived to adulthood.  In 1860 the census showed they owned 39 slaves to work their 640-acre farm.  It was one of the areas largest plantations valued at $339,000.  On the afternoon of the Battle of Franklin, Carrie stood on her back veranda and watched 19,000 troops pass by. 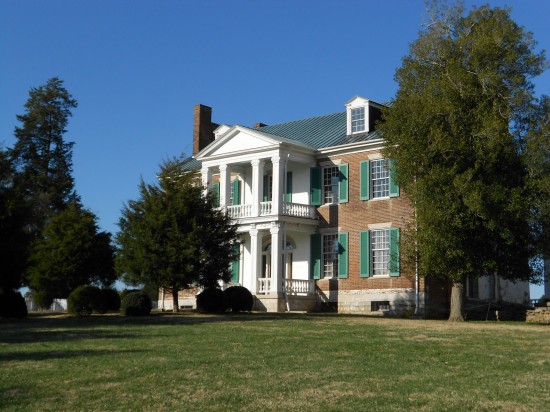 The lives of the children of these 3 families were forever changed that day.  The Carnton Plantation was commissioned as a field hospital for nearly a year while the family lived in the kitchen.  It has been told that their daughter, Hattie, – who lived to be 77-years-old – said for the rest of her life she never forgot the sounds or the smells of that day.

Matilda Lotz and her family survived the Battle of Franklin by hiding in the brick basement of the Carter House, their neighbors.  The Carter family survived as well, except for son Tod, who was a solider and died in the battle – literally in his back yard.

After 19 hours of hiding in the basement, members of both families emerged to a nightmare aftermath of the bloody battle fought in the Carter’s yard. When Johann led his family back across the field to their home – 110 steps – they discovered their beautiful home was nearly demolished by the battle, but they had survived the horrendous ordeal.  Side Note:  We stood in the basement of the Carter house and I could not fathom the terror endured by those children while battle raged outside.

After the battle, life continued on and the Lotz family lived in a small basement under their house, while Johann worked to rebuild.  At the same time he built a piano.  On top of the piano he carved an American Eagle clutching the Confederate flag – depicting the strength of the union.

The newly formed KKK heard about the piano and threatened the life of Johann, telling him if he didn’t destroy the piano they would tar and feather him.  In 10 days Johann sold the house and most of their possessions.  They left Franklin forever; crossing the country by covered wagon and settling in San Jose, CA.

The Lotz family thrived in their new life, especially Matilda.  Always having artistic talent, Matilda began formal lessons and in 1874 she took a 6-year course at the school of design in San Francisco.  “Today, Matilda Lotz is recognized as one of California’s premiere early female artists and her work is highly prized and sought after.”

We had no idea of what we’d discover when we chose Franklin as a stopping point. I can tell you though that it was by far one of our most favorite places.  The story of Matilda and her family stayed with us and the home, which is beautiful, is now a museum.  There is a pair of Matilda’s little girl shoes in what would have been her bedroom, and there are several of her paintings on display in the house.  We were told at one point someone wanted to buy the home and turn it into a taco shop.  What an insult/tragedy that would have been.

If you find yourself anywhere near Franklin, TN, I highly encourage you to plan a day to visit these 3 remarkable places in history.  It important to learn and remember about the lives of those who survived the Battle of Franklin.  Each home offers guided tours and the guides are well-versed.  The town of Franklin, the Carnton Plantation, the Carter House and the Lotz House are all rich with history.  There are stories to be told and lessons to be learned. 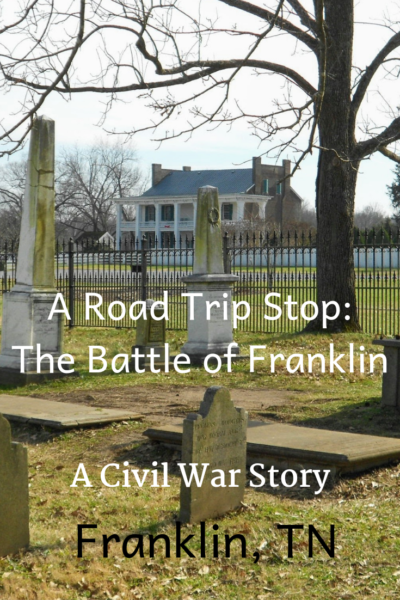