The Rhythm of Seasonal Changes & Crises 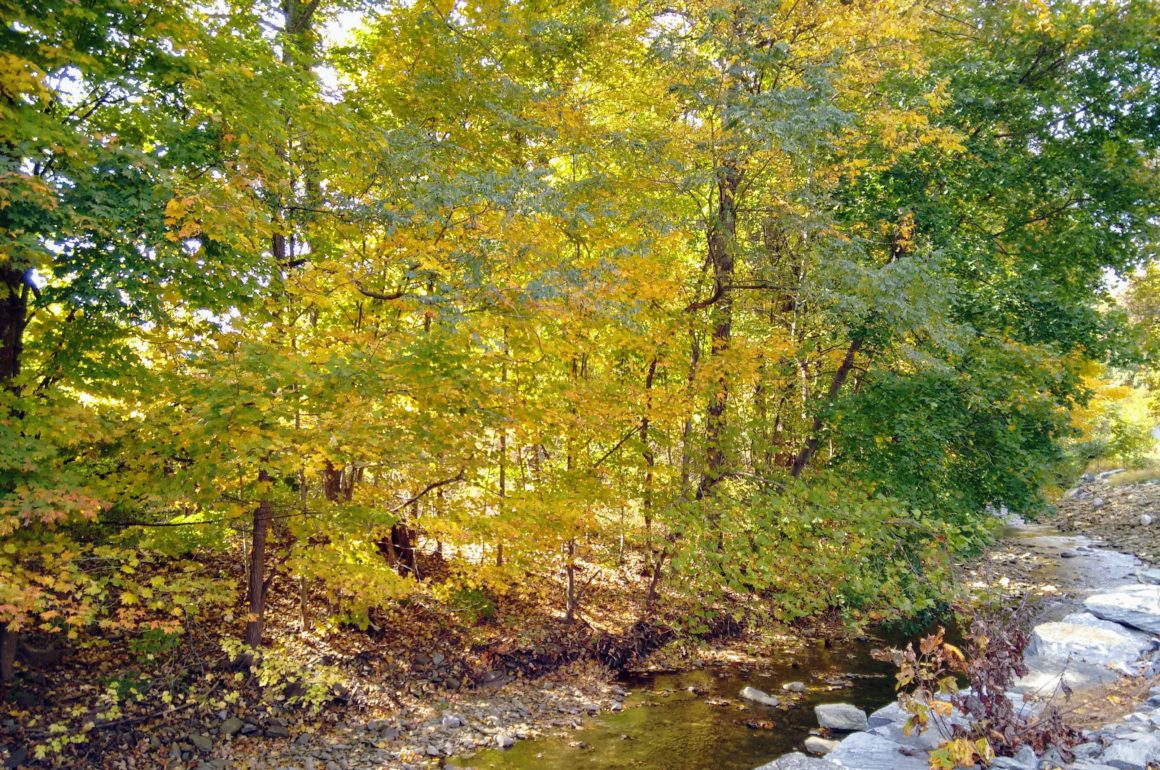 When the calendar page turns to the first official day of summer, I begin counting the days until the first official day of fall, as if I can hurry along the seasonal changes.  I can appreciate the beauty of summer with green grass, flower blossoms and wearing flip flops, but I am not a fan of heat and humidity.  Humidity tends to suck the life out of me so when the air cools in the fall, I feel as if I can breathe again.  There are those who profess they love the fall season but worry that winter is just around the corner.  I’ll take winter too.  One can layer on the clothing to stay warm, but only so much can be taken off to stay cool in the summer heat. You know what I mean?

As much as I was looking forward to October, the month just absolutely flew by before I even knew what was happening.  Halloween came and went, along with 150+ tricksters, and on the morning of November 2, the temperature was thirty-three degrees.  What happened to fall?  I think we went straight from summer to winter.

With that thought in mind, I’m backing up a bit to take a look at how we managed to make our way through the seasonal changes of this past year – 2019 – and what’s to come as we turn the calendar pages to a new year.

Staying put in one place has never been our thing.  We embrace change.  Just like seasonal changes, we believe it’s good for the soul, and helps us grow mentally and emotionally.  Purchased in 2018, this is our eighth home and I think our sixth major remodel.  We do love a good project but we may be throwing in the towel when it comes to moving about.  In the last five years we have moved seven times in our efforts to position ourselves to live our best lives. We believe we found our spot.  However… we’ve also learned (the hard way) to never say never.

The cold winter months of the new year, found us staying close to home.  We made good use of the time though. We continued to settle in to our nest and just enjoyed life while relishing our roles as grandma and grandpa.  Someone once told me that we love our children, but we are in love with our grandchildren.  Truer words have never been spoken, at least we don’t think so. 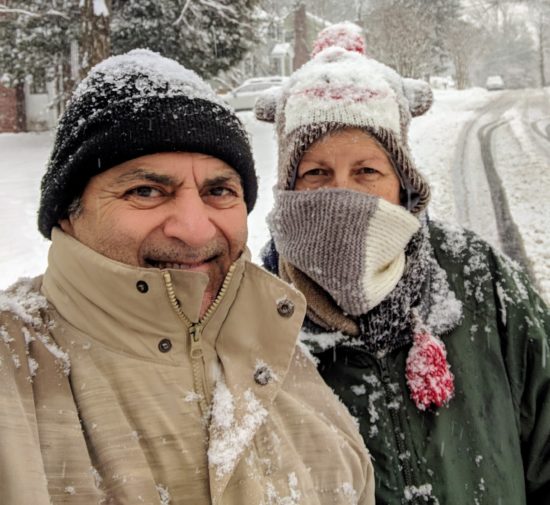 The trick is to wear lots of layers!

Beautiful peaceful walks in the snow, seemed to be all the travel we craved in the new year.

Spring found us returning to Portugal.  We boarded a train from Washington, DC to New Jersey and from there, we flew non-stop to Lisbon.  Within an hour of landing in Lisbon we boarded a train bound for Porto.  One of things we love about traveling in and out of Lisbon is that we don’t have to deal with that dreaded sense of where do we go from here each time we land, or take off.  We know how to ride the metro, where the train station is, and we know where to book accommodations the night before we leave.

We spent eight days in Porto, our home-away-from-home, visiting our favorite people, shops and eateries before we began walking.  From a small village just outside of Porto, we took the first steps of our second Camino. We walked 145 miles on the Camino Portuguese, finishing in Santiago de Compostelo, Spain.  Four out of our twelve days of walking were spent trudging through rain storms, but when the sun did come out, it was a glorious walk.

The Portuguese Camino. How often in life to we get to walk across a medieval Roman Bridge?

After two days in Santiago, we boarded yet another train and traveled from Santiago, to Vigo, to Porto, to Lisbon, to Sintra.  It sounds arduous, but actually everything fell in to place perfectly.  Three days exploring Sintra was just right and we left feeling as if we could check off another must see from our never-ending list. 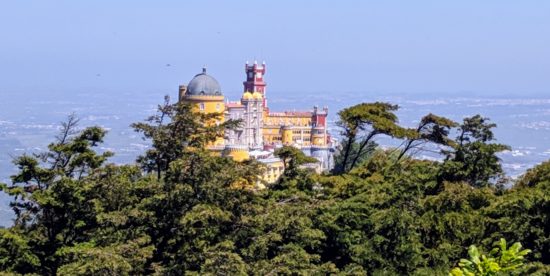 It was a summer of road trips in which we explored parts of Virginia, Maryland, Delaware and Pennsylvania.  It’s amazing what you can find in your own back yard, so-to-speak.

The National Highway in western Maryland.  See the divided highway on the left?

Over the course of several road trips, we managed to visit James Madison’s Montpelier Plantation and the Smithsonian Udvar-Hazy Center, both of which are in Virginia.  While exploring Maryland, we found our way to the City of Cumberland by traveling along the National Highway with stops at the Green Ridge State Forest and in Hagerstown, Hancock and Frederick.  On our way to Ocean City, we spent time at the Harriet Tubman Visitor Center, which is truly inspiring and not to be missed. 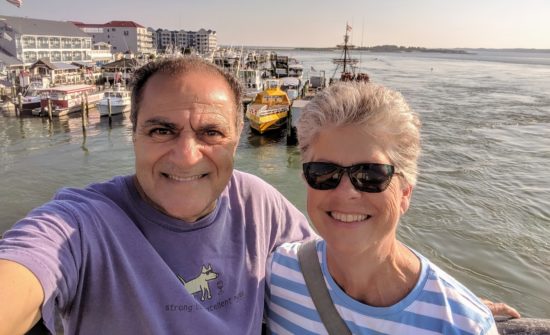 Just after Labor Day, we found ourselves in the picturesque Brandywine Valley, which stretches between parts of Delaware and Pennsylvania.  The valley is home to the incredible du Pont Family’s Wintertour Estate in Wilmington, DE.  Just down the road from Wintertour, and with 1,077 fabulous acres, Longwood Gardens is in Kennett Square, PA. Located in two states, but just a few miles apart, Wintertour Estate and Longwood Gardens are extraordinary. Each one offers visitors a glimpse into the du Pont Family dynasty while leaving them in awe.

As I mentioned, I’m happiest in the fall. The air is clear and crisp and mother nature treats us to a change of colors that has to be seen to be believed.  Hues of gold, orange, red and yellow, that defy the imagination, cover the hills in clusters of color tied tightly like the silk strings of a Persian rug.  It is glorious. 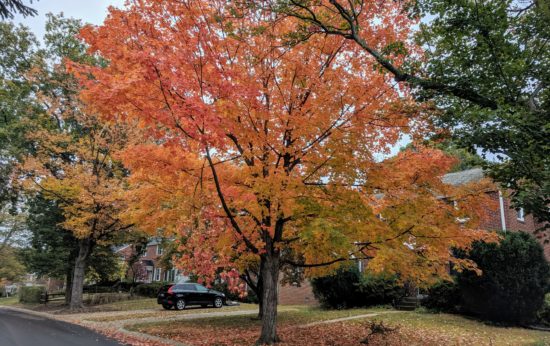 The glorious colors of fall.

When we bought our house, it was in the darkest days of winter so we had no idea what the seasonal changes would reveal.  We didn’t know our new neighborhood actually backs up to the woods and once we step out our front door, we can be hiking in said woods within five minutes.  Nor, did we know that once fall settled over our neighborhood we would be gifted with such incredible colors. 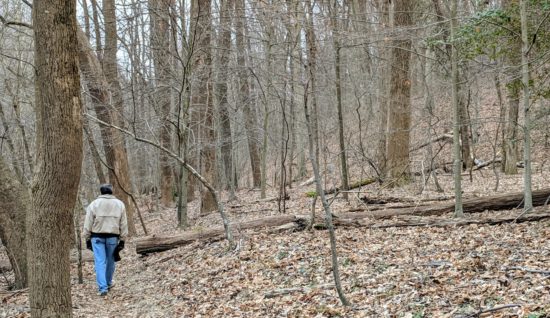 Long rambles in the woods.

Long rambles in the woods seem to be the only travel we currently crave.

Late September found us marching in peaceful protest. It was time to once again raise awareness that those gorgeous hues of color, revealing themselves in fall, are not to be taken for granted.  This, of course, is a massive understatement when it comes to the crisis of climate change. We never planned to be activists in our sixties, but here we are.  If sixteen-year-old Greta Thunberg can lead the world, then we should all follow. 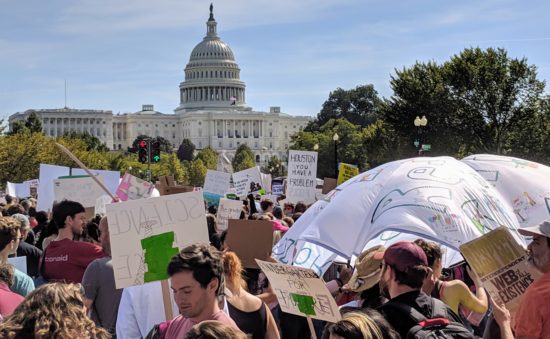 Whether you live in the United States, or follow the news from abroad, I don’t think anyone would dispute the idea that there is currently a clash of ideologies that has a choke hold on the country.  We are living through, as some would say, a constitutional crisis, as well as the climate crisis.  No matter which side of the political aisle one favors, it’s a safe bet to suggest that currently, life here in the United States is like living under a big black media-frenzied cloud. 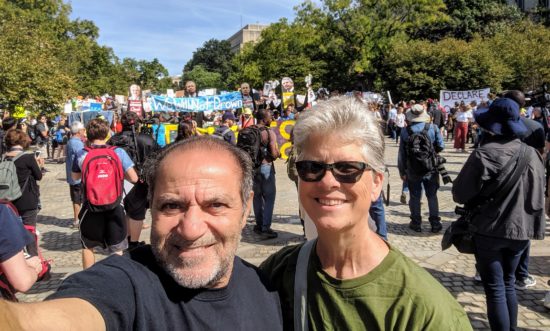 Someone is always yelling, accusing, arguing, fussing, fuming, lying, politicizing, sensationalizing, protesting, tweeting… you get the gist. It’s emotionally exhausting and it’s definitely not conducive to a sense of peaceful co-existence.  It’s inescapable and sadly, it is the daily reality of life in the United States.

No one knows what the future holds, but one thing we do know for certain is that for the next 366 days, the media-frenzied cloud we’re living under will grow exponentially.  Or, more simply stated… it’s going to get a whole lot of ugly before it gets any better, or worse, depending on which side of that damn aisle you’re favoring.

In early December – winter once again – we’ll pack the car and make our way back to the Brandywine Valley in Pennsylvania and Delaware.  We’re looking forward to embracing the holiday festiveness that will adorn Wintertour and Longwood Gardens, as well as a few other stops along the way.

Next year’s spring and fall seasons will find us – in theory – returning to our beloved Porto.  We’re looking forward to just living again in the city and taking the time to explore more areas of the country.  There is still so much to experience.  Portugal may be a small country, but it is full of wonder. 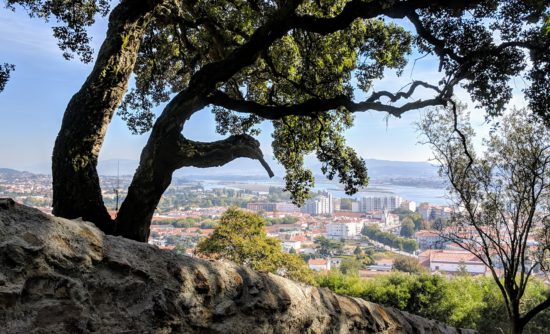 What we’re learning in this season of life is to stop planning and to just live.  So, while we have a general idea of what 2020 will bring our way, we really have no idea.  Sometimes I think it would be great to have a Magic 8 Ball (remember those) but then again, why bother?  Life is going to unfold one way or the other, and isn’t that half of the fun?

Life in a Pandemic Bubble

« Previous post
Five City Parks in America You Must Visit
Next post »
Here’s Why You Should Visit Frederick, MD