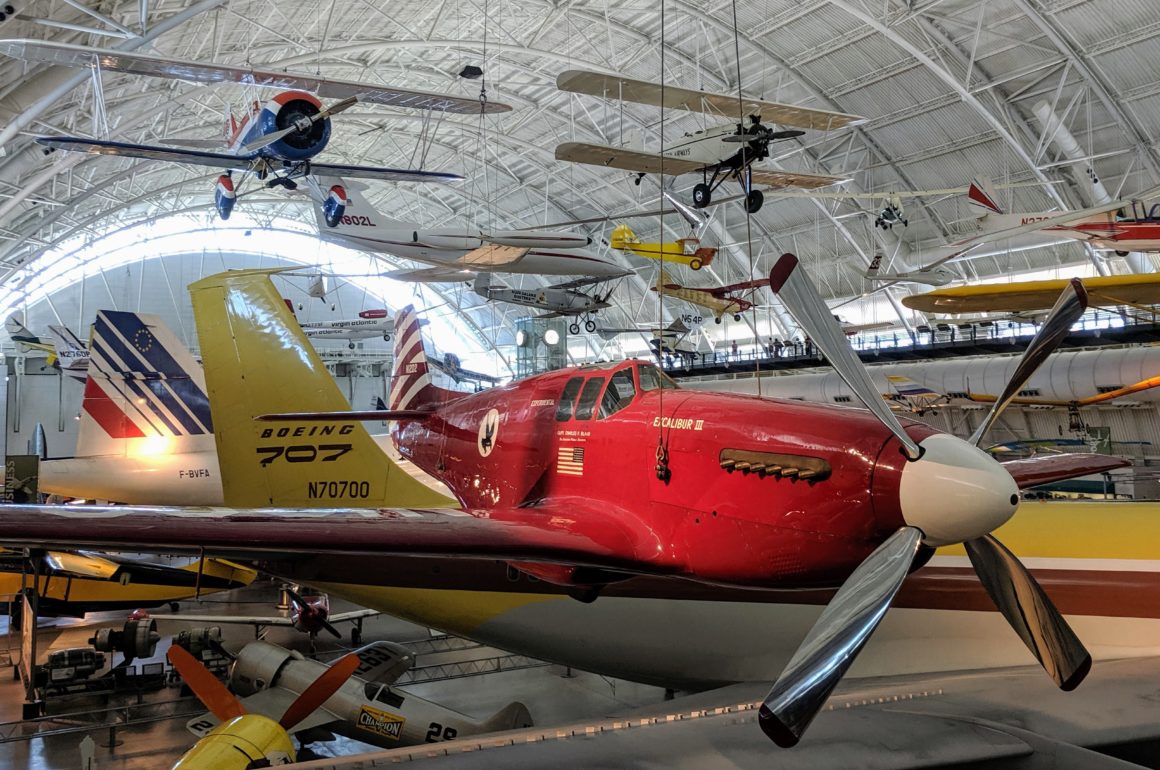 Some things are just fun and fascinating to see.  It was with that mindset we visited the Smithsonian’s Udvar-Hazy Center.  Getting to see the Space Shuttle Discovery up close and personal was beyond fun and fascinating.  It was awesome.  And, it was a testament to man’s ingenuity and dedication. 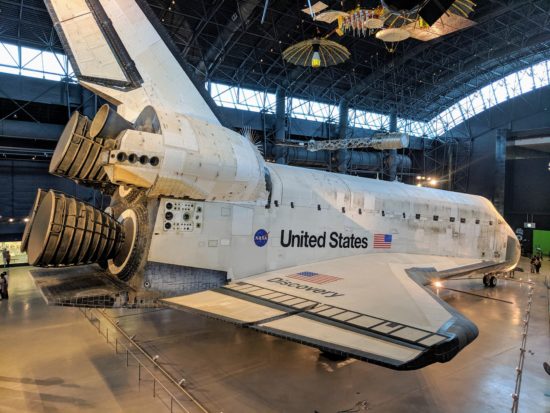 Space Shuttle Discovery. It is enormous!

Most visitors to Washington, DC are well-aware of the Smithsonian Air & Space Museum in the heart of the city.  I suspect though that many visitors do not realize there is a second site for the museum located about thirty miles west of DC, near Dulles International Airport, in Chantilly, Virginia.  The site is known as the Steven F. Udvar-Hazy Center. 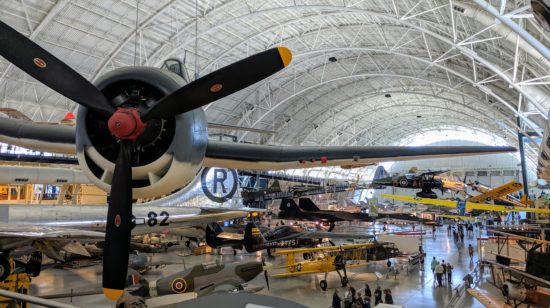 Massive in size!  This is just one wing of the museum.

You don’t have to be a dedicated follower of the space program or for that matter even a fan of Star Trek and/or Star Wars to appreciate the history of flight and space.  Although, if you are a big fan of air and space, the center is must-see stop for you.  It’s an ideal road trip destination that everyone will enjoy.

While both air and space sites offer a host of information, history and actual flying machines, the Udvar-Hazy Center offers it all on a grand scale.  I’m talking, huge!

What I don’t know about the air and space program could fill a book; I am, I confess, completely clueless. When you watch a drama unfold on television, from the comfort of your sofa or favorite chair, you can’t fathom the sheer magnitude of what you’re watching.  Its one of those fun and fascinating things you just have to see for yourself. 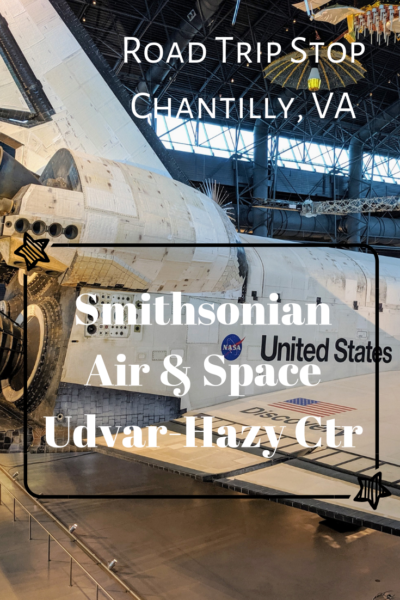 With a wing/hangar pretty much all to itself, at at the Udvar-Hazy Center, the Space Shuttle Discovery is the star of the show.  How can anyone not be impressed by such an incredible flying machine?  Because I know so little about the space shuttle I did a little digging and learned:

If you know me at all you know that I loathe everything about flying.  In my book it’s a necessary evil to get where I want/need to go.  I have to admit though, I was keenly interested in seeing the Air France Concorde.  I would have been even more interested if we had been able to see the interior of the plane.  Just how cozy and compact was it in there?  I know I’d put up with the cramped knee space if I could shave off three hours of a cross Atlantic flight. 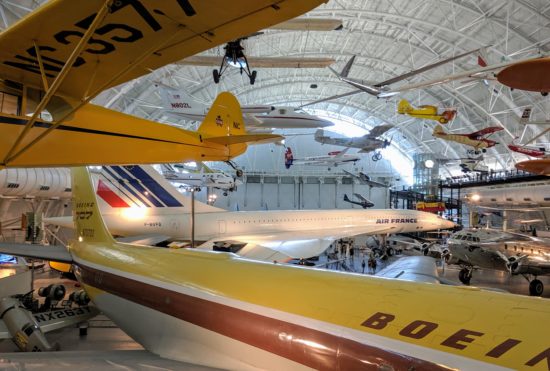 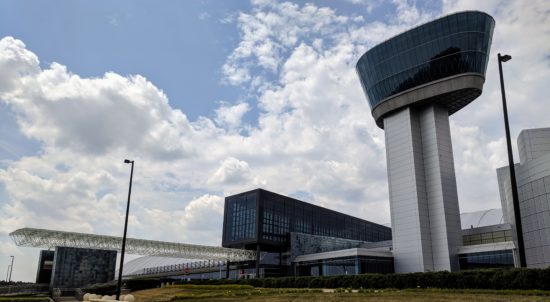