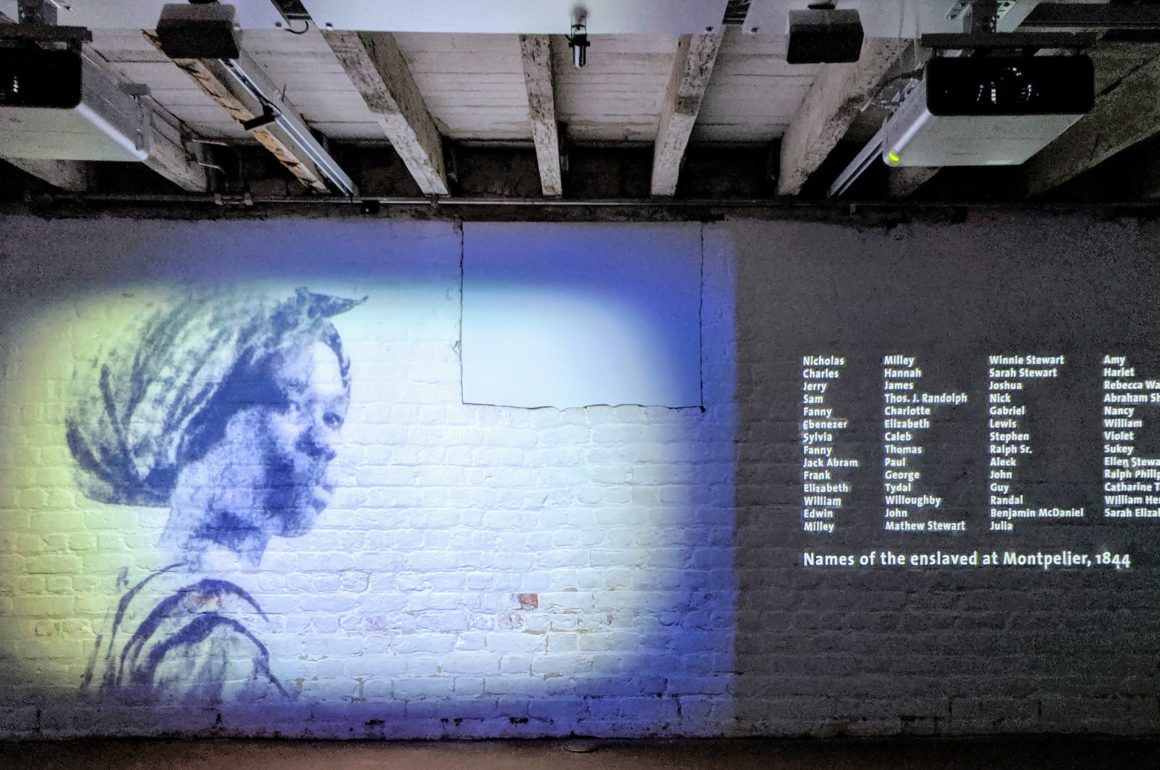 I couldn’t help but notice the boxes of tissue as we entered the screening room at James Madison’s Montpelier.  By the end of the film, I understood the need.  Although it didn’t actually bring tears to my eyes, the story of Ellen and the enslaved community in which she lived at Montpelier, tugged at my heart.  It left me wanting to learn more.

One of the best perks about living on the east coast, and somewhat near Washington, DC, is the multitude of historical events that have taken place all within a few hours drive of the nation’s capital.  We’re determined to visit as many of them as we possibly can.  It’s a tough gig, but we’re up to the challenge.

Just shy of three hours outside of Washington, DC lies the former home of President James Madison and his wife, Dolley.  Known as James Madison’s Montpelier, the plantation encompasses nearly 3,000 acres and dates back to James’ grandfather, Ambrose, in the early 1700’s. 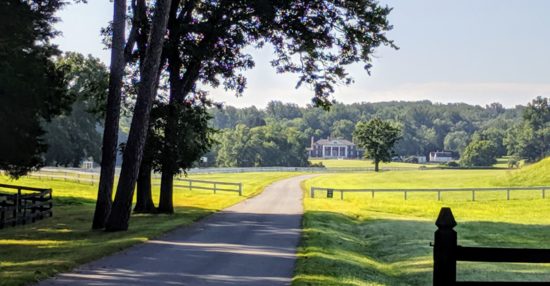 Visiting a plantation is a conundrum for the thought process.  It’s a contradiction of the senses.  Our eyes see a beautiful sprawling estate that hosted a lifestyle unknown to most, surrounded by manicured gardens and well-kept fields of farm land.  While our eyes see the beauty, our minds struggle to appreciate said beauty knowing it was built on the backs of the enslaved. 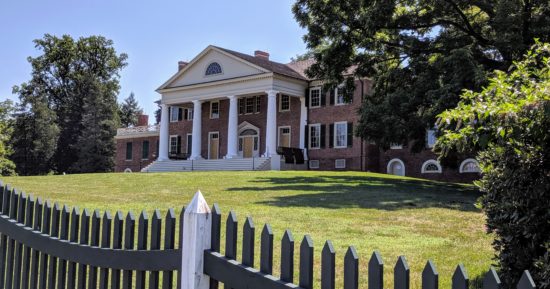 James Madison was a man before his time in many ways. He was an enlightened thinker and highly educated.  He was the father of the Constitution and the Bill of Rights, and yet he owned an enslaved community. It’s too easy to justify slavery by brushing it off as the cultural norms of the day, etc.  Of the first 18 presidents, only five of them did not own slaves.  If those five figured it out, why not the rest?  Economics. 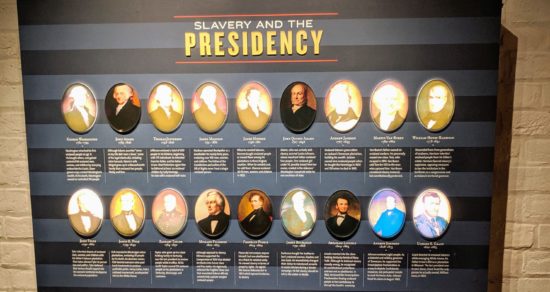 Five of the first 18 presidents did not own slaves.

The Hypocrisy of a President

What’s fascinating, and yet thoroughly hypocritical about Madison, is that he wrote about and spoke out against slavery, but he never freed his enslaved community.  Some 300 enslaved people lived and toiled for generations, at Montpelier, from the 1730’s to the 1840’s.  Even upon his death Madison did not free his slaves.  That concept in itself is another conundrum of thought.  It’s okay to own the enslaved as long as I free them when I die?

With all of that being said, let me tell you about our experience visiting James Madison’s Montpelier.  Simply stated, it was extraordinary.  I’ve always believed that in order to move forward through this life, we have to understand the past.  History is not boring, as I used to tell my sixth grade students, history is life.  History is fascinating.  To walk in the path of those who came before us lends itself to how we move forward.  History comes full circle.  Sometimes we learn from it, sometimes… not so much and we’re destined to repeat the worst of it. 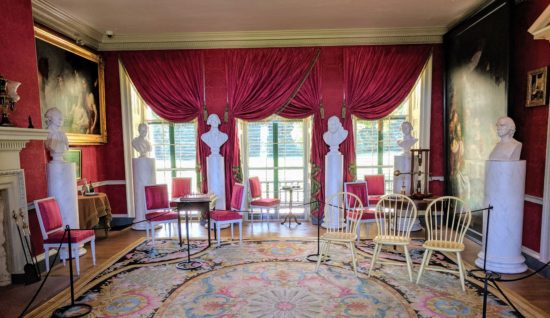 Where guests of Montpelier were entertained.

Our day started with a 10:00 a.m. house tour.  Let me take a moment to offer a big shout out to Bob, our docent, who on that day celebrated his 60th wedding anniversary by sharing his knowledge of the president and his enslaved community.  Well-done Bob.  What’s especially fascinating about the home is, of course, the history.  At noon, we joined Bob once again for an in-depth discussion/tour of the enslaved community.  He was a walking personable history book. 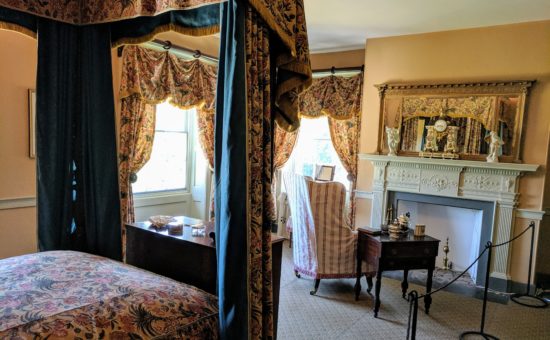 A restored bedroom at Montpelier.

If Walls Could Talk

It’s a long story so I’ll offer a quick snippet.  After Madison passed away he left the estate to Dolley.  Dolley had a son from her first marriage who had more than his share of issues, and Dolley left him in charge of the plantation while she retired to Washington, DC.  Payne (appropriately named) ran the plantation in to debt forcing Dolley to sell most of the enslaved community and eventually she sold Montpelier.

The plantation went through a series of owners until 1901 which is when the du Pont family purchased the home.  Daughter Marion lived her life at Montpelier and reinvented the plantation in to a horse farm.  Upon her death the plantation was left to National Trust for Historic Preservation. 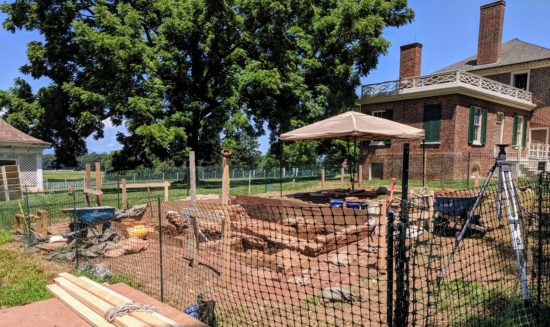 Excavation and restoration of the original kitchen house.

I say all of this because it’s important to know that the du Pont family added 26 rooms to the home.  All of those rooms are now gone, with the exception of one which was taken apart and rebuilt at the visitor’s center.  Through the efforts of the foundation and donations, James Madison’s Montpelier has gone through extensive restoration and now stands as it stood when James and Dolley owned the plantation.  Impressive.

What’s equally impressive is that the restoration of the plantation includes telling the story of the enslaved community.  What impressed us the most is that the exhibits and the docents don’t shy away from the ugly underbelly of slavery and how it impacted the lives of not only those who lived and toiled on the plantation, but the impact on their descendants as well. 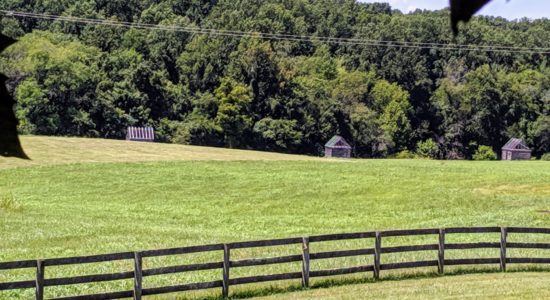 Thought to be one of the original tobacco fields. Slave quarters in the distance.

The Mere Distinction of Colour

One of the most powerful exhibits at the plantation is The Mere Distinction of Colour.  Housed in the cellars of the home, there are detailed accounts of the daily life of the enslaved and two exceptional videos.  One of which tells the story of Ellen (I mentioned the boxes of tissues) and one of which draws a direct connection to the issues of today.

Montpelier is also an active thriving archaeological site and a visit to the laboratory should not be missed!  The lab staff welcomes visitors and they are eager to share their treasures and knowledge of Montpelier. 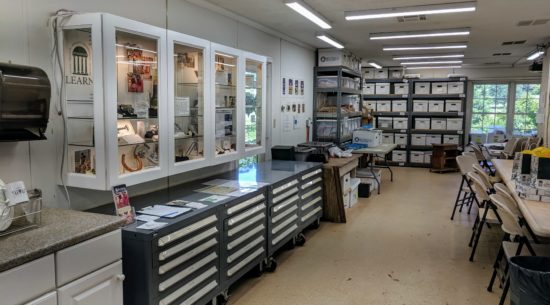 A big shout out to Ben, assistant curator, who shared some of the Montpelier treasures.

A visit to James Madison’s Montpelier is well-worth the effort.  It’s a living history museum where visitors can walk in the path of those who walked before us, while enjoying the incredible beauty of the estate and embracing the lessons history continues to teach. 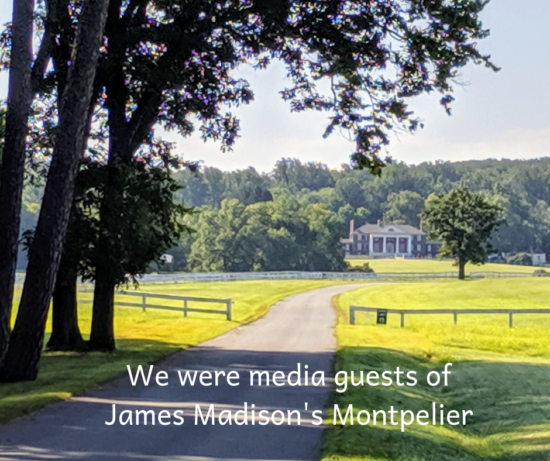 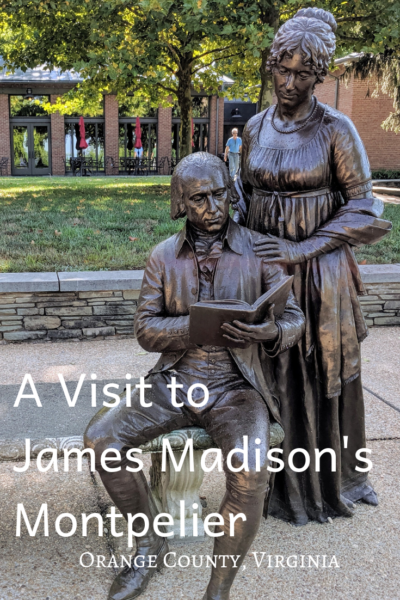 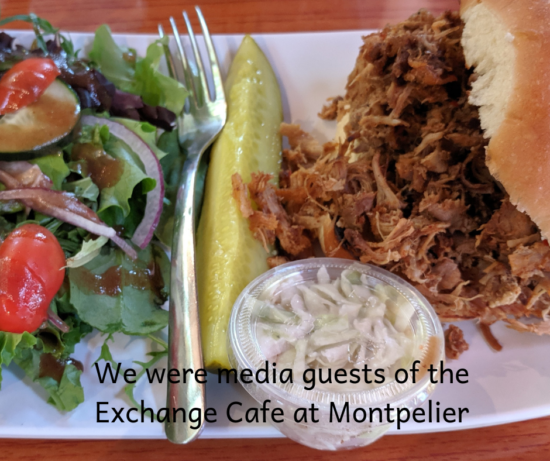