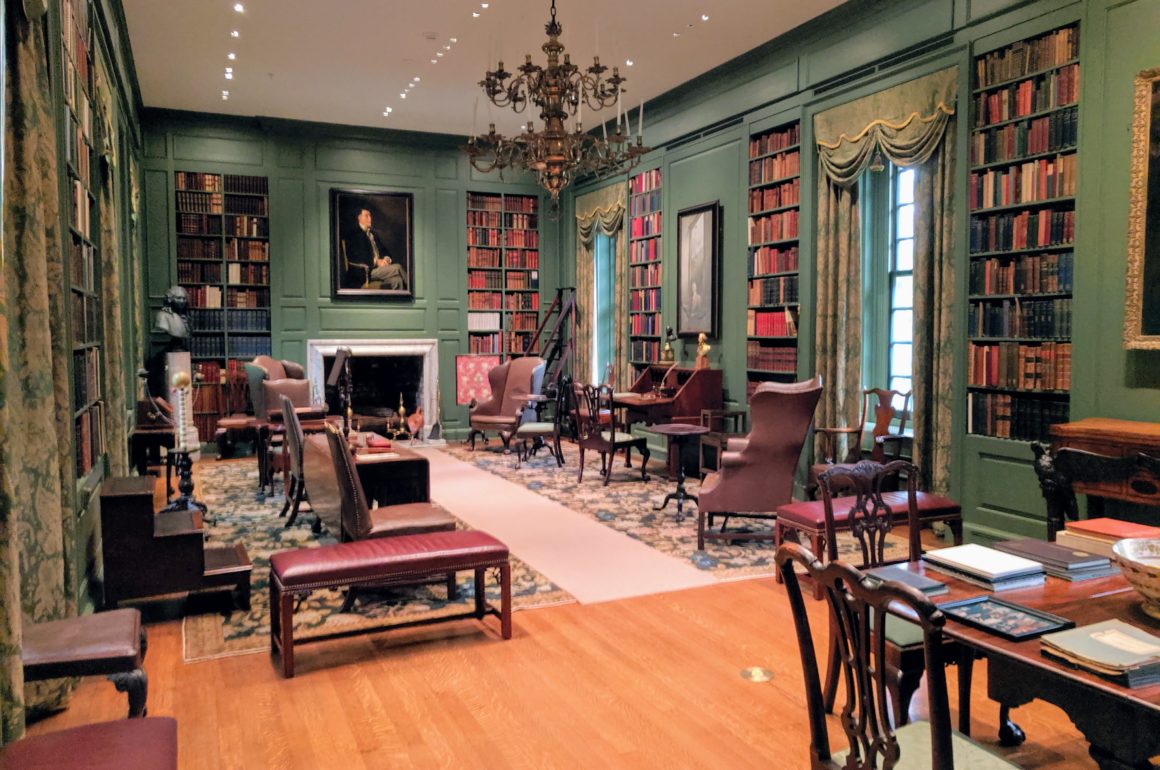 How does one describe a place that is, in essence, indescribable while still finding a way to do justice to a 175-room mansion?  Rooms filled with 90,000+ pieces of art and antiquity.  Not to mention the 60-acres of gardens surrounded by 1,000 acres of sprawling meadows and woods.  Winterthur Museum, Garden & Library is such a place.  Indescribable.

Early in to our introductory house tour we entered the dining room and our guide pointed out six silver tankards on the side buffet.  Those tankards, he explained, were crafted by Paul Revere.  Um… excuse me?  It was at that moment we knew we were going to have our minds blown by the wonders we would see on our visit to Winterthur. 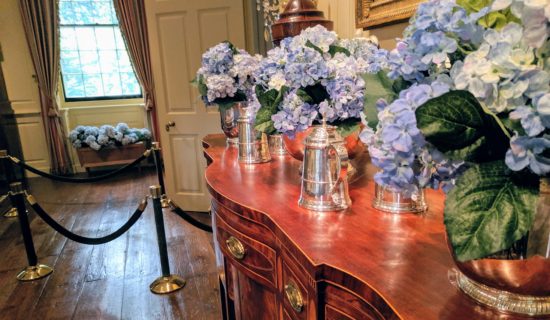 As a point of reference, it should be noted that Paul Revere was born in the year 1734 and died in 1818.  Conceivably, the six silver tankards sitting on the du Pont family side buffet are 200 years old.  Mind blown.

A Family Dynasty at Winterthur

A family dynasty, the du Ponts, immigrated to America in 1800.  Their family tree is extensive to say the least and they are primarily known for the generational success of the DuPont Company.

Winterthur, the du Pont family home, was inherited by Henry Algernon du Pont in 1889.  Married to Pauline Foster the couple had two daughters and called Winterthur their home.  Henry, was a renaissance man in his own right.  He made Winterthur what it is today, a living museum. 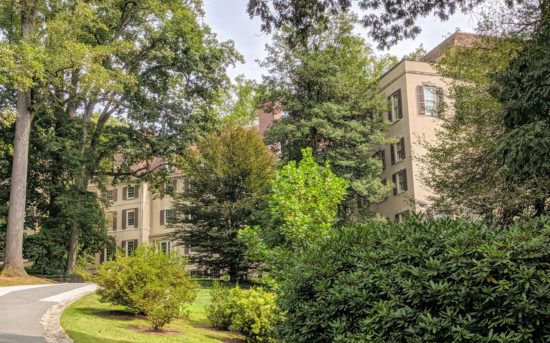 The home is massive and surrounded by greenery.

Pauline and Henry eventually built a smaller home (just 50 rooms) near the mansion, in which they took up residence when in 1951, the Winterthur mansion was opened to the public.

What’s interesting to note, about Henry’s Winterthur collection, is that all of the pieces were either used in America or made in America.

Our second tour, Fashionable Furnishings, was a walk through time for a couple of history nuts like us.  With only four guests and one tour guide it was ideal for getting up close, without touching, to the incredible collection and also, for being able to ask questions and carry on a bit of conversation.

Leading us through a wood paneled hallway that looked as if it was right out of a hunting lodge, our guide took us through to an open courtyard.   It was explained to us that guests would gather and children would play in the courtyard.  Let me tell you what’s fascinating about the courtyard.  Each of the four faces, of the courtyard, are actually facades from other homes and rebuilt inside Winterthur. 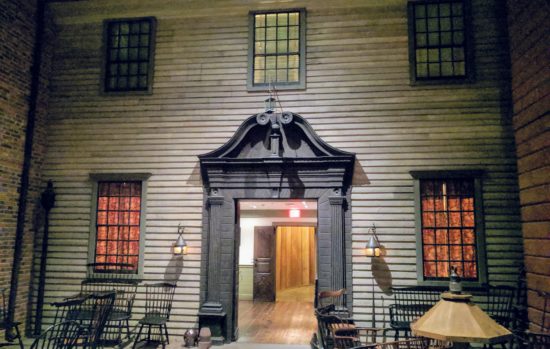 To take this one step further, I asked our guide if at one time the courtyard was open to the sky, as the walls are about two-stories tall and, of course, the ceiling is overhead.  To our astonishment, she said, “No, we’re actually underground.”  Mind blown.

Astonishing because when we began the tour, we just walked through the tour waiting area, on the main floor, to enter the hallway leading to the courtyard.  So, it’s a bit staggering to discover oneself underground.  On our first tour we took an elevator ride up to the fifth floor.  And, while on the fifth floor there were rooms where we (in theory) could have stepped in to the conservatory, crossed the room and then stepped outside at ground level.  Remember, we were on the fifth floor at that point.  If memory serves correctly the mansion is comprised of eight floors, but while touring we never really felt the height.  It’s truly quite something. 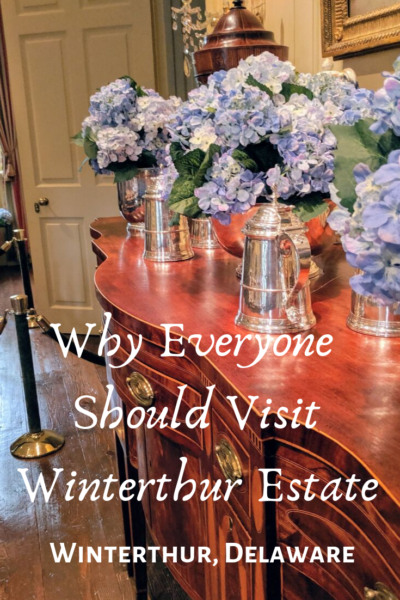 The Task of Dusting

Because there were only five of us on our second tour, conversation flowed a bit more freely and casually than on our first tour, when I believe there were ten guests and one guide.  One of our brief conversations was about the task of dusting 175 rooms.  Can you even imagine?  I am not exaggerating when I say we never saw a single speck of dust anywhere.  I’d be terrified of breaking something if I had the task.

Also, we asked if guests back in the day brought their own servants, or did the Winterthur servants meet the needs of the guests.  The answer was, both.

There were all kinds of fabulously fun questions that popped in to my mind while winding through the various guest rooms and the never-ending hallways of a 175-room mansion.  Who wouldn’t want to have been a guest of the du Ponts? 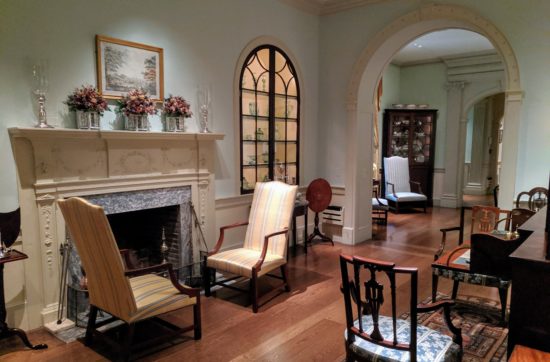 This is actually a sitting area in a very long hallway.

The Best Time to Leave

I’ve been known to say (more than once) that the best time to leave somewhere or place, is when you want to see or do more.  We left Winterthur with that very idea in mind.  We left, wanting more. 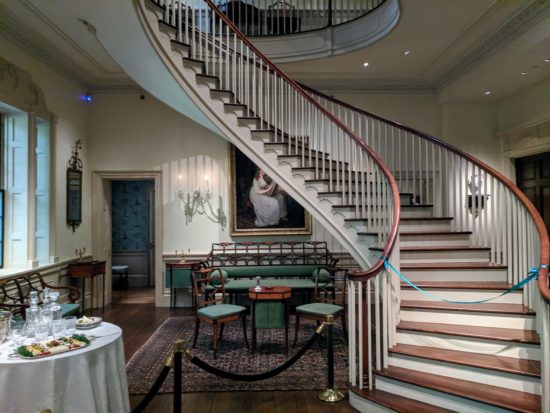 The grand staircase which winds up through several floors of the home. 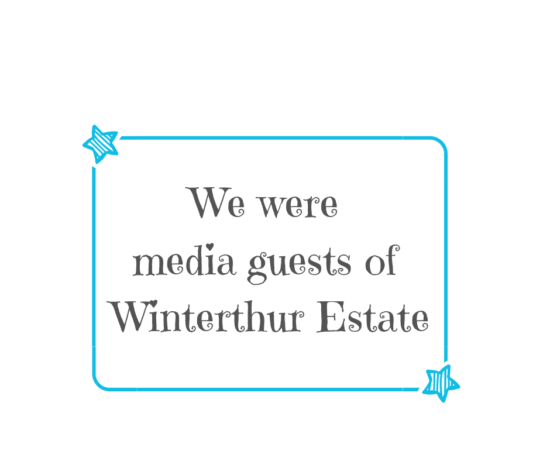