Remember?  I am a lover of history, especially American history and the settling of the American west, so you’ll understand why today’s (Saturday, May 21) history tour was a HUGELY happy day for me.

We allowed ourselves a little extra time this morning so we were on the interstate heading north by 10:30 a.m.  First stop was a little town known as Guernsey, Wyoming.  Why Guernsey?  Well, just a couple of miles outside of the town, and down a dirt road, there is a historical area where you can see the actual wagon wheel ruts worn in to the sandstone.

While many wagon trains traveled abreast of each other, (to avoid eating wagon dust) there were times on the trail when the wagons had to travel single file.  Standing next to (and in the middle of) the ruts I stood there silently and tried to take in what it must have been like to travel hundreds of miles for four to six months in a covered wagon.  I can’t even begin to imagine myself in their shoes and I have profound respect for all of those who made the journey.  Those who came before us, definitely led the way for all! 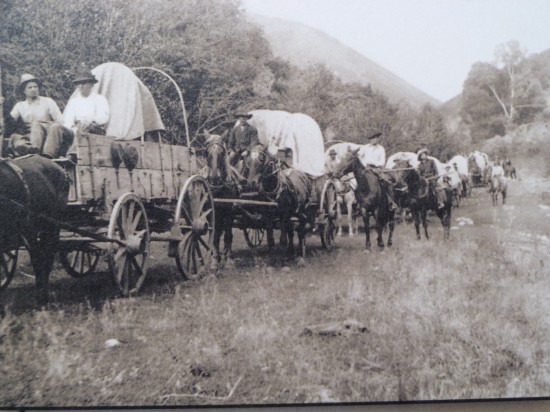 Just to set the mood! 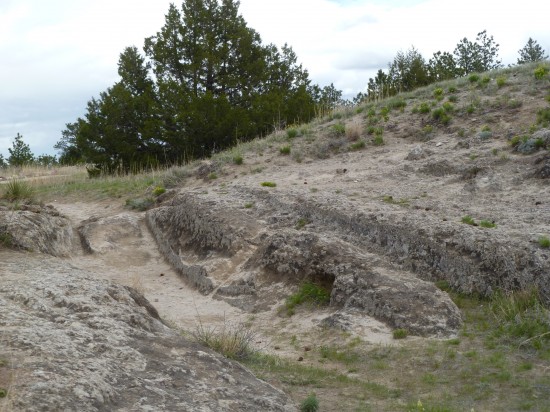 Imagine the number of wagons that pulled through here to leave this lasting imprint! 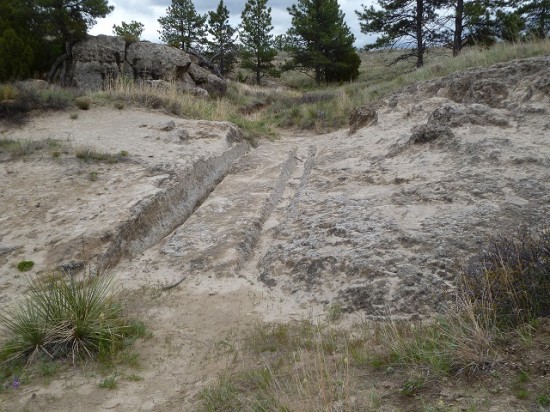 If these ruts could talk, think of the stories to be told. 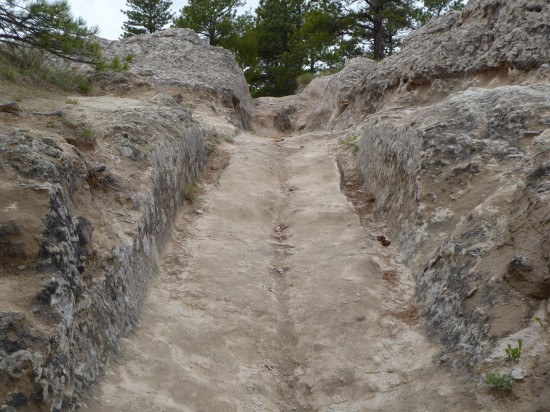 Not exactly a smooth ride! 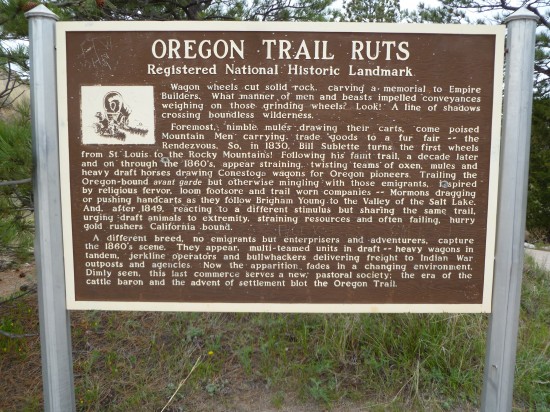 Just about a mile further along the dirt road there is a cliff known as Register Cliff.  As the emigrants made camp alongside the Platte River, they often carved their names in the sandstone. 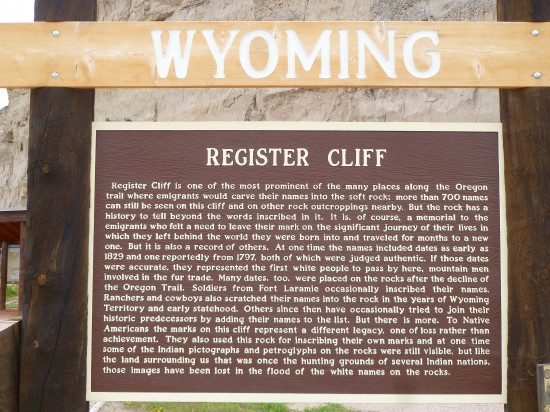 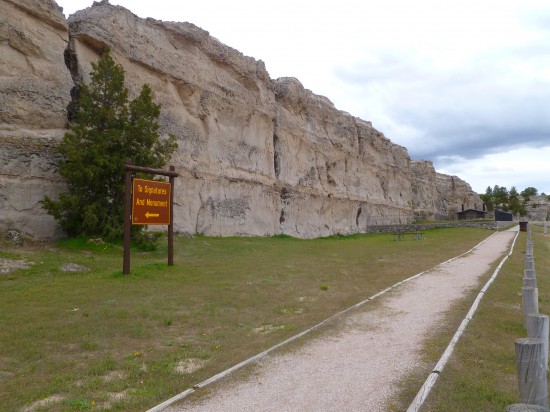 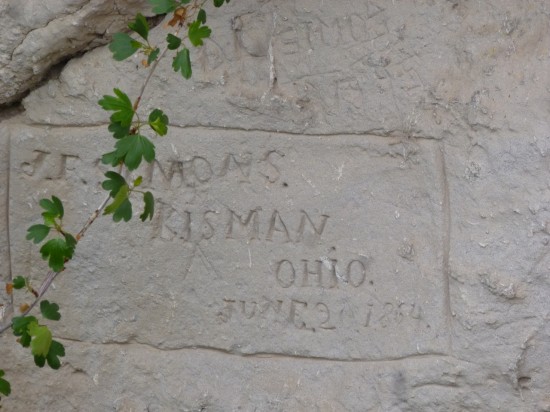 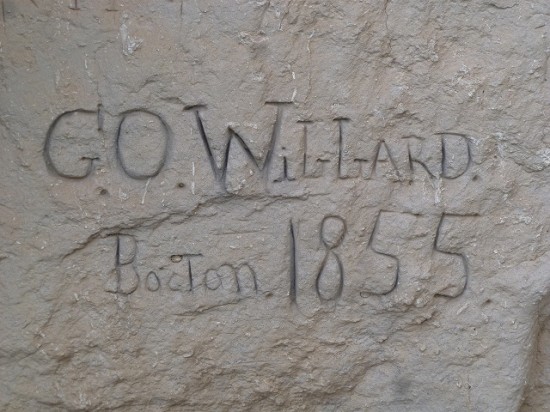 The next stop on our history tour was Fort Laramie.  First though, we decided to stop for lunch at the American Grill!  We never got his name but the owner was extremely friendly and quite chatty.  The food was good and the customer service was the best!  Whenever possible we try to stay away from chain restaurants and eat with the locals as they know where the good food is. 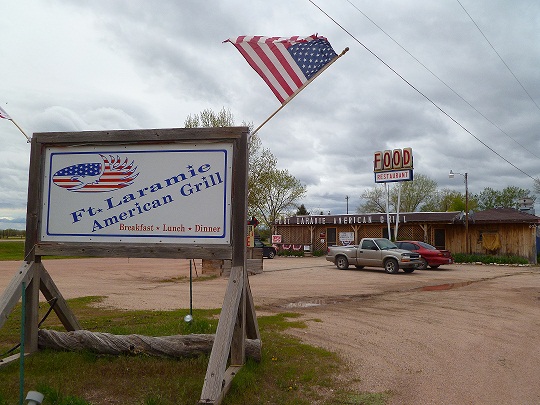 If you know your American history you know that Fort Laramie played a vital role in the settling of the American West.  Emigrants stopped at the fort to rest and regroup before moving on.  The park service has worked wonders restoring the buildings.  Visitors can roam freely and enter most of the buildings at the fort.   I stood on the front porch of the barracks and looked out over the Platte River flowing right at the edge of the fort grounds and again had nothing but respect for those who came west. 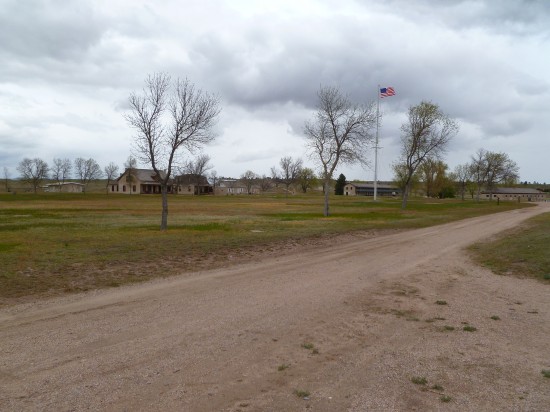 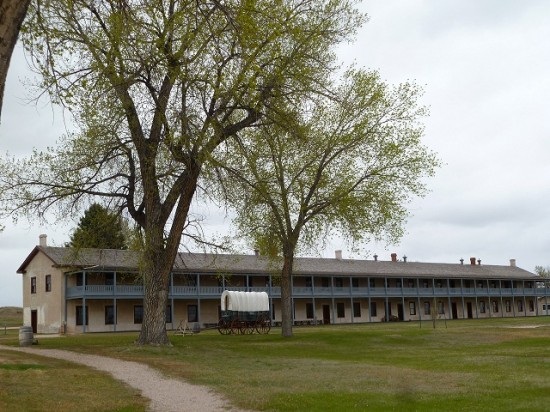 I think it is amazing to stand where history unfolded. 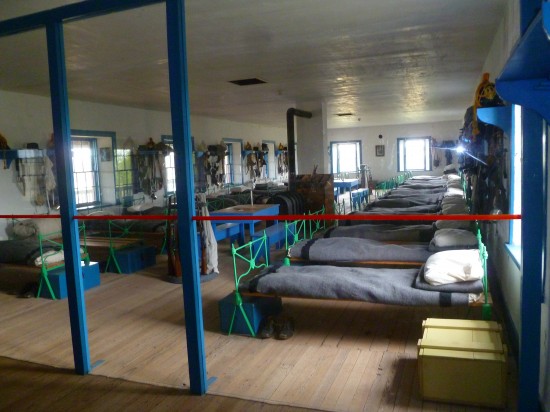 They’ve done an awesome job of restoring and setting the scene.

Once our history tour was complete we headed due north.  We crossed the Wyoming/South Dakota border around 7:00 p.m. and although the rain held off, while we visited our historical sites, it poured for hours as we traveled north.  Apparently, a monster storm has been chasing us across the country.
As we drove through the Black Hills Forest and saw evidence of what must have been a huge forest fire in recent years.  We discovered you can actually view the mountain carving of Crazy Horse from the highway.  Because it was pouring rain we stopped for just a minute to see the carving.  Later, we stopped in Custer, WY to fill the gas tank and who knew that Custer was such a great little town?!  Had we known we would have planned to stay there but we moved on until we reached our destination, Rapid City.
Tomorrow we will visit Mt. Rushmore, although I don’t know how much we’ll be able to see/do if this rain storm continues, but we didn’t come this far to miss it, so what’s a little wind and rain?! 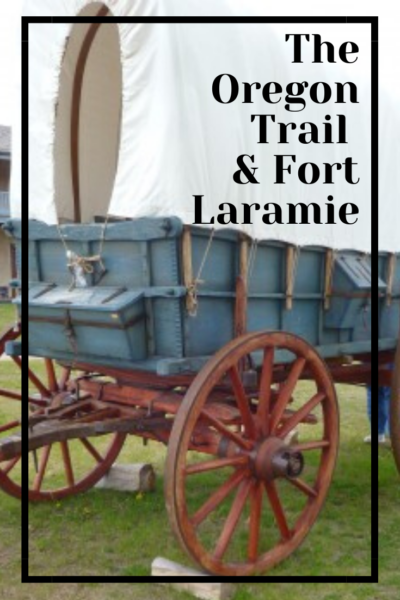 Daycation: From OR to Hilt, CA and Back Again