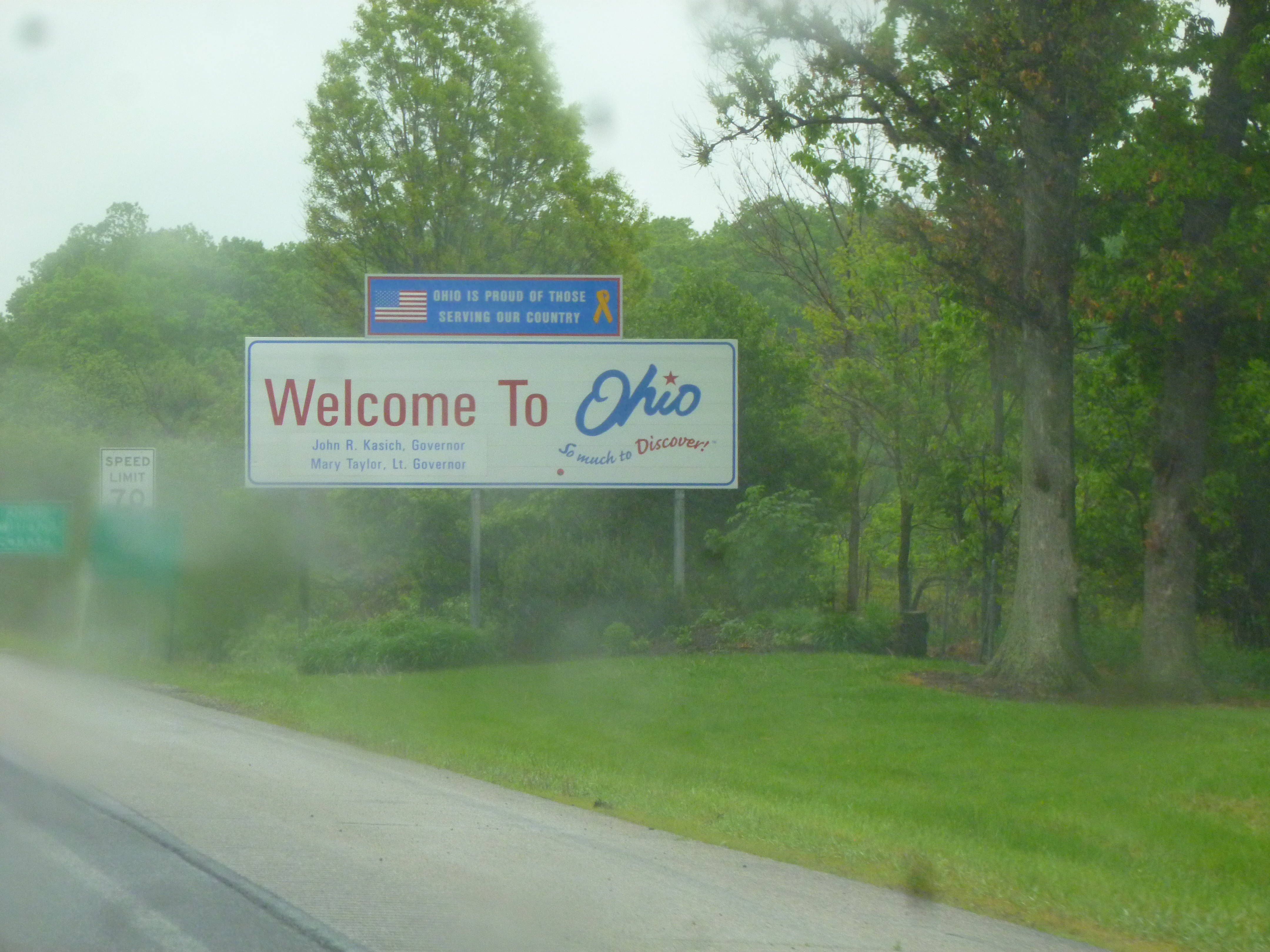 Youngstown, Ohio.  Yesterday morning the first thing we did was turn on the news for the weather report.  Although the path of the storms would cross where we were headed, the storms were breaking up.  We decided to go for it; thinking we would stop if it got too bad.  We left Milwaukee at 9:16 a.m. The temperature was 46 degrees and the wind was nasty.  We hit Chicago and it was raining pretty hard and the traffic was awful.

We had no plans to visit Chicago since we’ve been there before.  We crossed in to Indiana and the rain was just a drizzle but we hit a section of traffic that was at a complete standstill as evidenced by this photo. 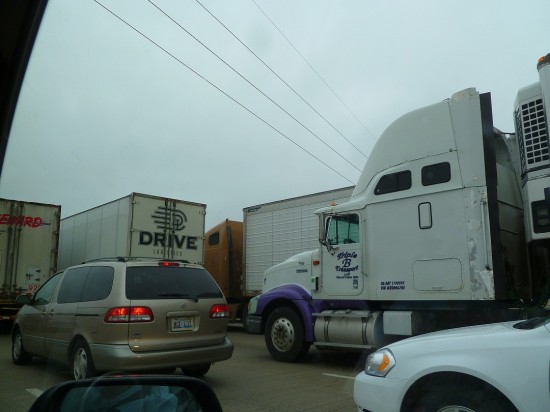 No, this is not a parking lot for assorted vehicles. This is the freeway!

Crossing in to Ohio

We crawled and stopped for over an hour, which was miserable but at least the rain was just a drizzle.  This delay really set us back but we pushed on.  Just after we crossed in to Ohio is when we really got hit by the weather.  For the most part crossing Ohio was very rainy but we came upon some pretty severe weather to the point where we were thinking it may be time to stop.

Time to Pull Over

That was not as easy as it sounds because we were on the Ohio turnpike and there were very few exits.  Abi was driving and although the speed limit was 70 mph he was driving 40 mph and had a death grip on the steering wheel.  The clouds were black and we saw several strikes of lightening. The roads were flooded so every car sprayed water, which made it that much more difficult to see.  We noticed some of the cars were driving with their flashers on so we did the same. It was definitely intense. 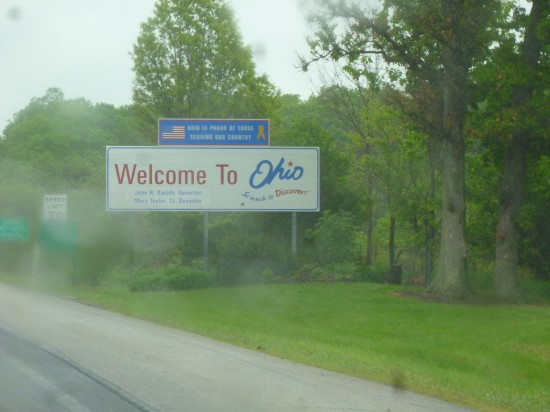 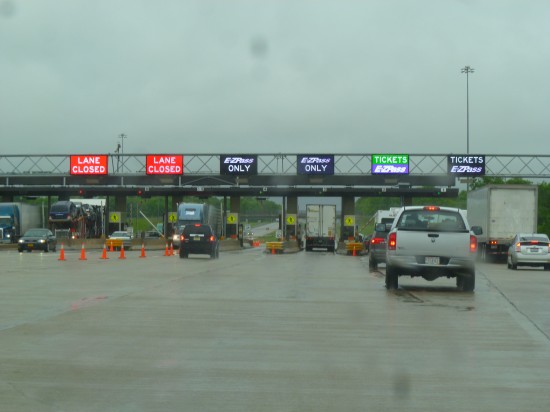 The Ohio Turnpike… a new adventure for us! 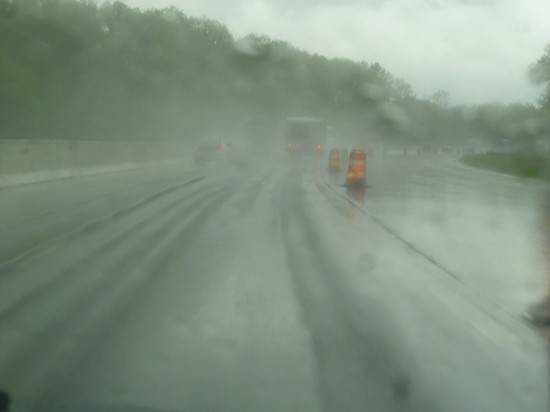 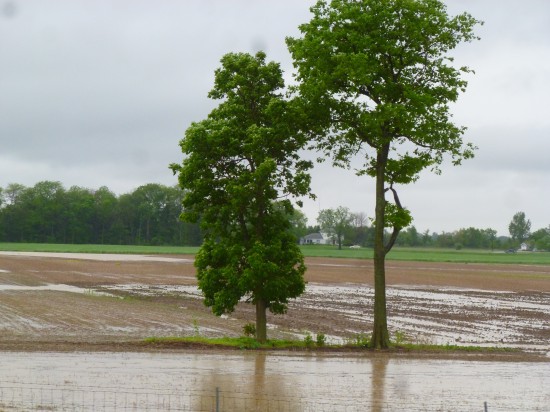 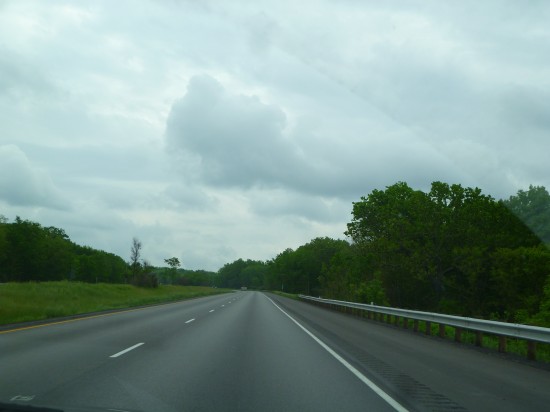 And then 45 minutes later it was done! Just. Like. That.

We finally arrived in Youngstown, Ohio at 8:30 last night, definitely our hardest day on the road to date.