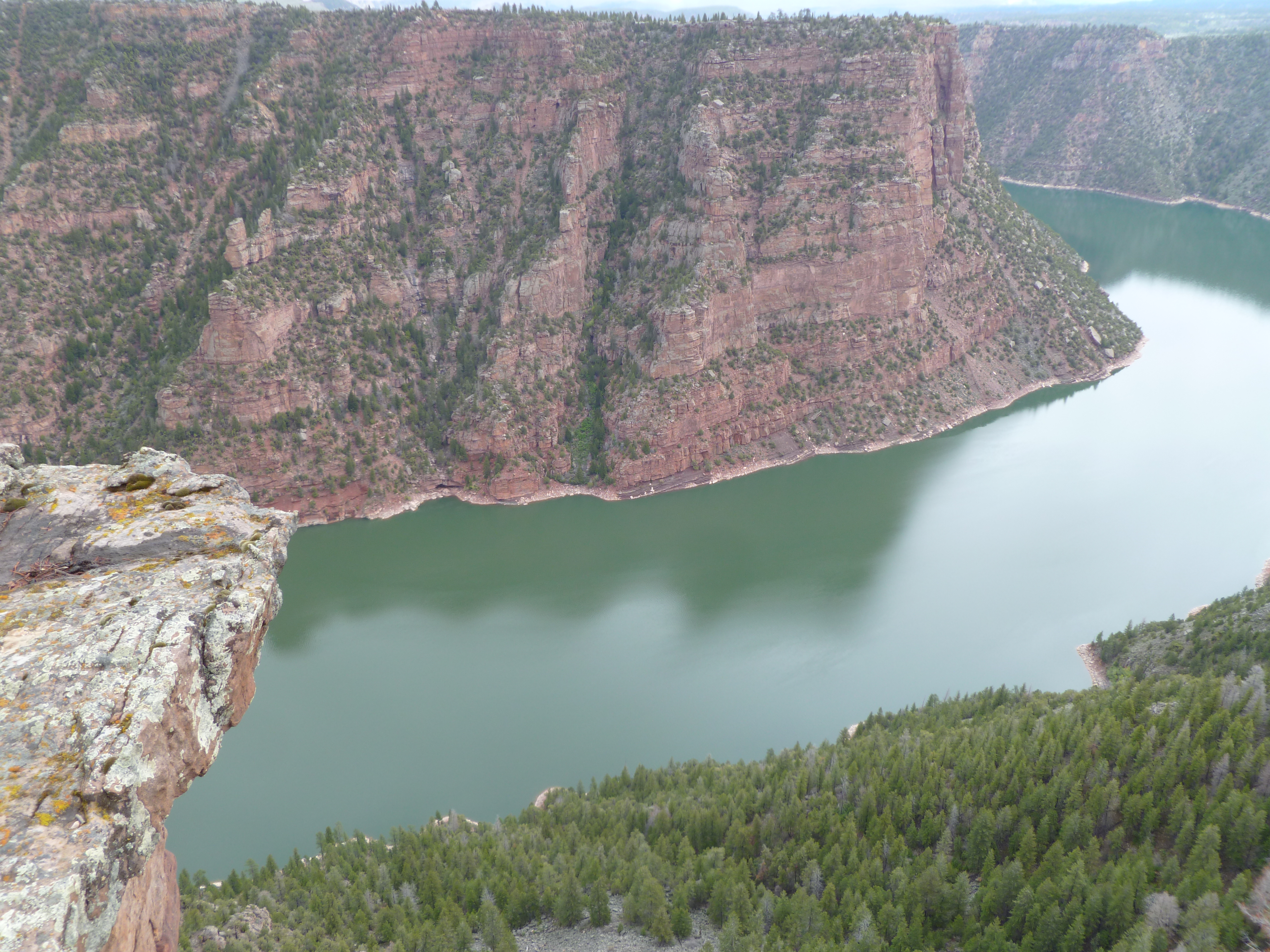 >Friday morning, May 20, we had planned to visit a place called Flaming Gorge Natl Recreation Area, which on the map looked to be very near the town of Green River, where we stayed Thursday night. We had no idea what we were heading in to and what we thought would be an hour-long side trip, turned in to 6 hours and a 132-mile loop!

Starting from Green River, WY, we headed south back across the Wyoming/Utah border and because we really didn’t know where we were going we stopped at a park service office in Manila, Utah.  A big shout out to the two women who took the time to guide us through the area because without their suggestions we would have missed so much.  I can’t even begin to sufficiently describe in words what we experienced but spectacular, magnificent and stunning are a few good choices.  Our first loop (within the borders of the recreation area) was called Sheep Creek Geological Loop, which as we discovered is an area where dinosaurs roamed!

Sometimes, words just don’t do justice to the experience.  You know the old saying, “A picture is worth 1,000 words.” So, here’s a few photos that don’t even begin to capture the beauty, but they offer a glimpse. 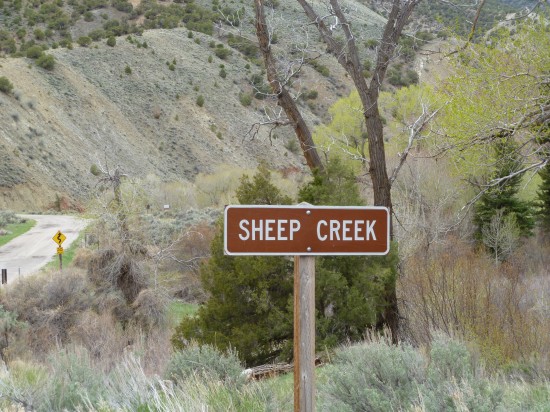 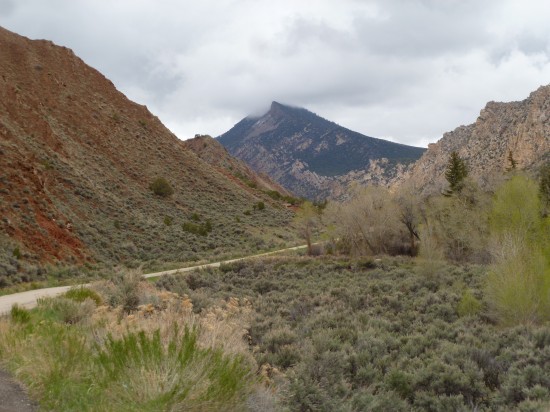 Continuing on to what is known as Red Canyon we came upon a small herd of mountain goats that could have cared less that we were passing by.  One of them was wearing a radio collar as they have been reintroduced to the area. 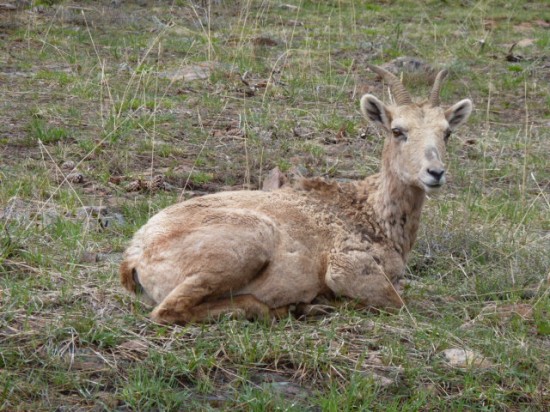 Red Canyon was beyond spectacular, however for someone like me who doesn’t do heights really well, it was a bit overwhelming.  There were signs everywhere that read, “Guard your children!”  We discovered that most of the cliff edges were not fenced!  One wrong step …. 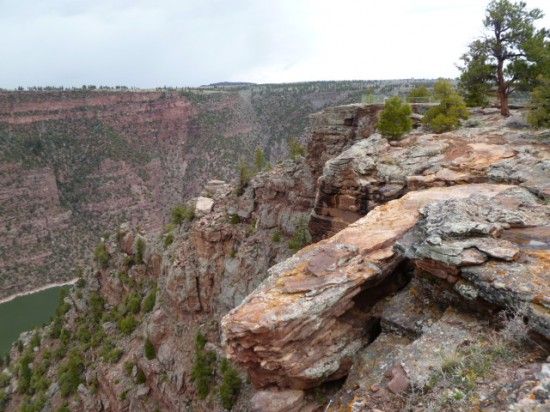 You can see a small section of chain link fencing at the top right corner, but most everywhere is just open space… really scary! 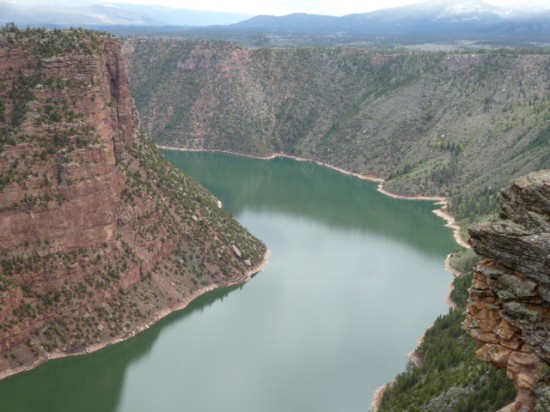 The color of the water!

Last stop was the dam.  Abi took the actual dam tour while I watched the video tour inside a nice warm room.  The dam was initially built to control the Green River, not for power purposes. 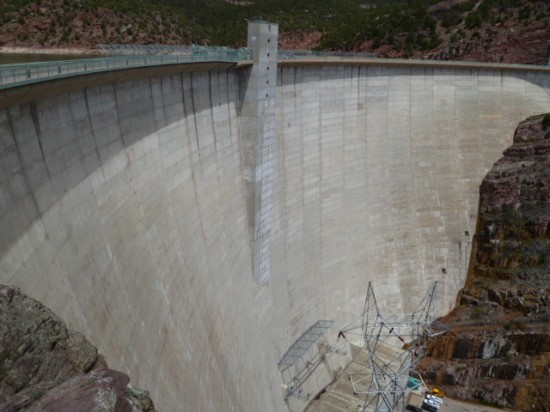 Abi took a tour down into the dam. 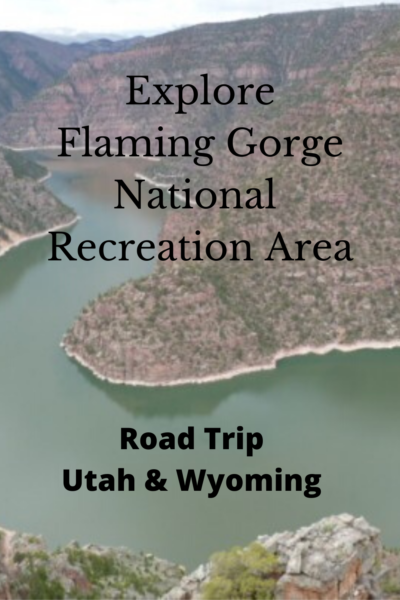 As, I said the photos don’t even begin to capture the beauty of Flaming Gorge. You’ll just have to trust me when I say it was nothing less than majestic!  Because we spent such an amazing day, we didn’t hit the highway until nearly 4:00 in the afternoon.  Driving east across Wyoming was wide, straight, and vast until we arrived in Laramie. That’s when we started climbing and reached a summit at 8,000′.  There was snow on the side of the road.  We didn’t make it to Cheyenne until about 8:30 that evening.  It was a long day but it was an awesome adventure!