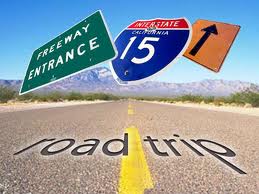 Once we settled in to our rental house, in Ashland, we had about six weeks to call our own before we had to get down to business.  What to do?!  What to do?!  Road Trip!

About 3 years ago Abi and I drove Route 66 from Chicago to San Jose, so we have some practice at long road trips. This trip: Destination Washington, D.C.  We had Dustin’s car with us in Ashland and we drove across country to deliver his car to him.  We decided to drive the northern route across Oregon, Idaho, Wyoming, South Dakota, Wisconsin, Ohio, PA, and arriving in D.C. on the 27th.  The following is the travel journal/bog I wrote as we traveled a lot of roads all the way across this great country of ours.  And, I apologize right up front for some of the photography, part is due to rain, part is due to the fact that we seemed to have had an internal smudge on our camera lens.  Bah!

May 19, 2011.  Having spent a lot of time exploring the Pacific Northwest, we purposely pushed through the first 950 miles of our trip in order to have more time to do a bit of sightseeing in the next few days.  We left Ashland, OR on Wednesday (Wow! That was just yesterday?) May 18 and took the mountain path to Klamath Falls, which was just spectacular, but we were so focused on the drive we forgot to take the time to stop for photos.  We made our way east across Oregon and I think we drove through every possible ecosystem.  There was a stretch of about 150 miles where we maybe saw 10 cars; you know the kind of area you would never want to have car trouble?!  I knew the American West was alive and well when we came across a herd of buffalo somewhere in the middle of nowhere, OR.  We called it a day when we arrived, as planned, in Boise, ID. 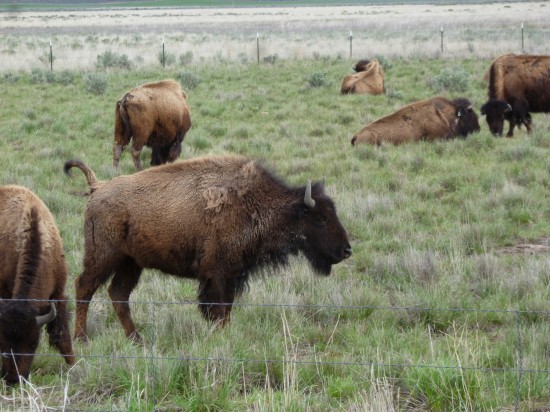 This morning we entered the freeway at 10:00 a.m. and drove across Idaho sometimes following the Snake River and while much of southern Idaho is flat, there are definite areas of dramatic cliffs and vast green farmland.  We made very few stops (hence not many photos) because we were intent on getting across Idaho and Utah to reach our scheduled destination, Wyoming.  And apparently, there was a smudge on our camera lens!  Grrr…. 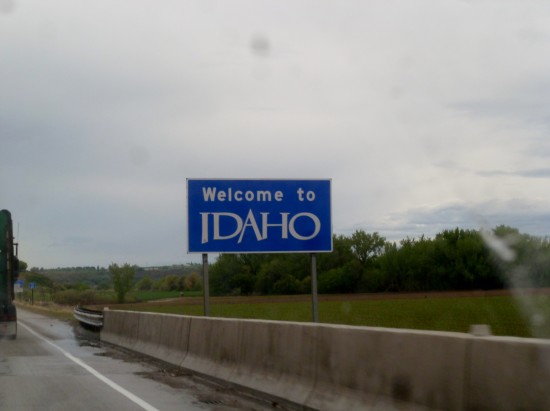 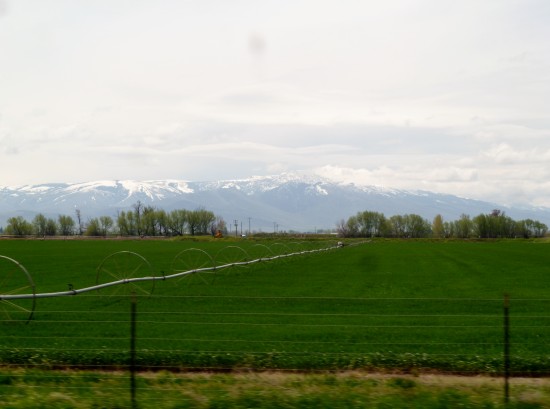 We entered Utah and drove as far as Ogden before heading east again toward Wyoming.  For much of the day we were at high elevations and drove through mountain passes and were presented with spectacular views. 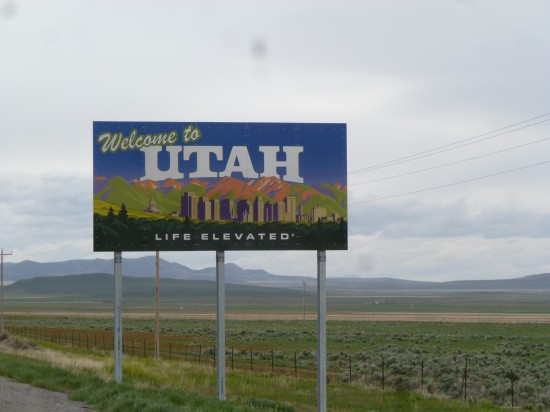 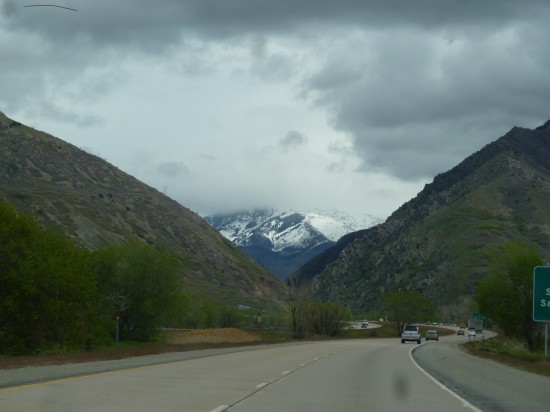 It was as cold as it looks! 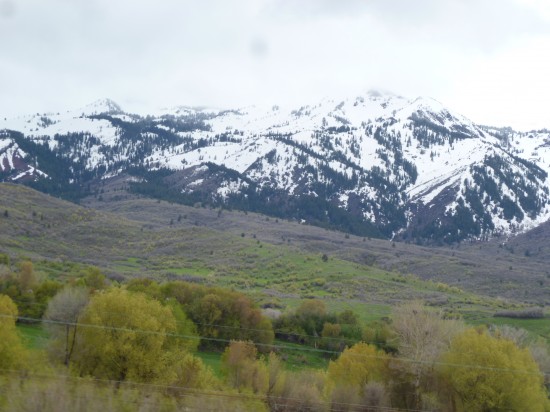 We crossed into Wyoming just west of Evanston.  We needed a quick break so we stopped at McDonald’s and we were greeted with a 41-degree temperature! I asked the girl behind the counter if this was normal weather for mid-May and she said, “Oh yeah, it snowed last night… we’re pretty tired of it.”  Evanston sits high in the mountains (elevation 6,850′) and we were impressed that the state actually has gates that close off the mountain pass during the winter.  It was really hard to convince ourselves it was spring and not the dead of winter.  However, the drive was beautiful! 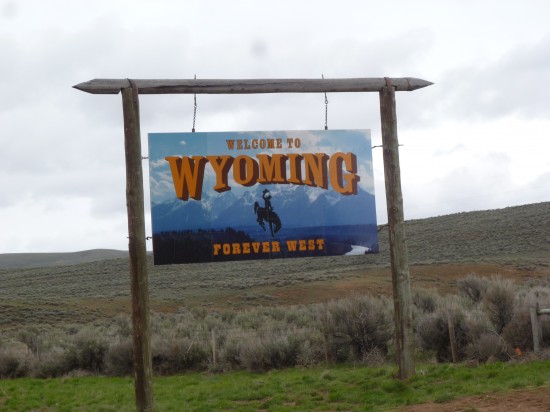 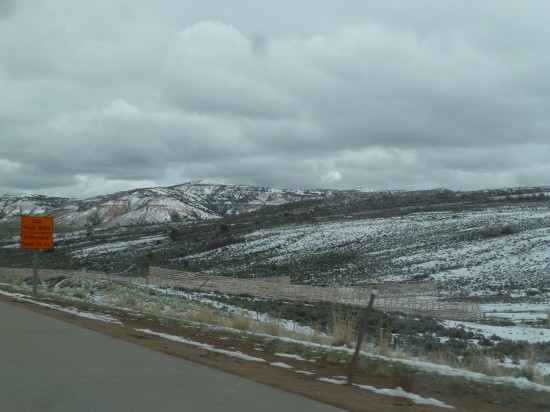 This was the view from  the highway near Evanston, where we stopped at McDonald’s. It was so freakin cold! 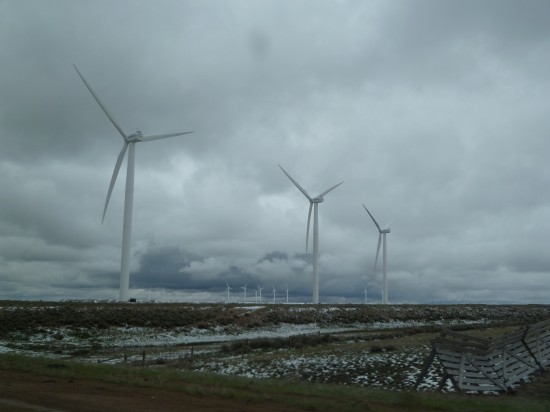 Hundreds of them along the highway! 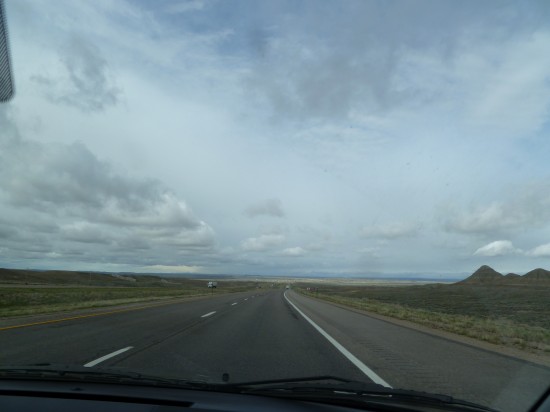 We stopped for the night (as planned) in Green River, WY and I gotta tell ya it is ridiculously cold!  We are near the Flaming Gorge National Recreation Area and we hope to visit it tomorrow.  If the cliffs outside our hotel are any indication, it should be quite a site to see, if we don’t freeze. 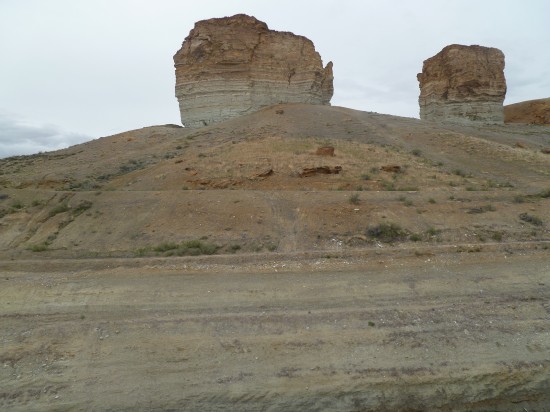 When is the last time you saw a scene like this from the parking lot of a hotel?

I am a history geek, I admit it. I have probably read more about the settling of America than any other genre of reading, so a trip such as this is just the best experience.  When we drove the 150 mile stretch of desolate OR, I tried to imagine what it would have been like to do so in a covered wagon. When we were driving across the snow-covered plateaus of Wyoming I couldn’t help but think of the cowboys who drove 1,000’s of head of cattle from Texas to Montana through all kinds of weather while sitting on the back of a horse.  It made me appreciate our ’08 Mazda 3 5-speed black horse! 🙂

The Majesty of Bryce ~

Postcards: Having a Wonderful Time, Wish You Were Here
Share: