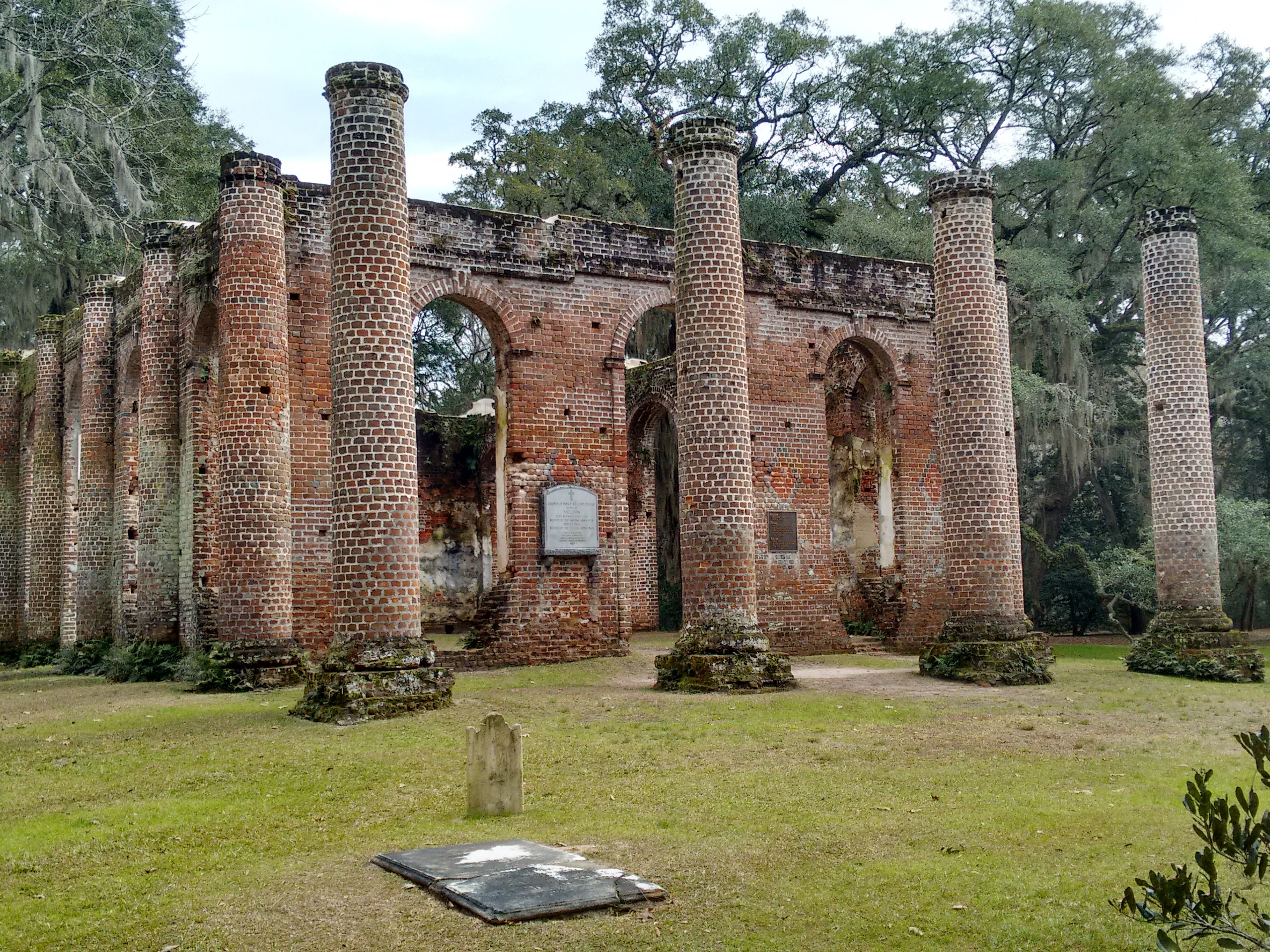 It was described to us as being hauntingly beautiful and a must see destination as we traveled south from Charleston to Savannah.  The Old Sheldon Church.  As it turned out, I cannot think of two more appropriate words to use other than hauntingly beautiful. 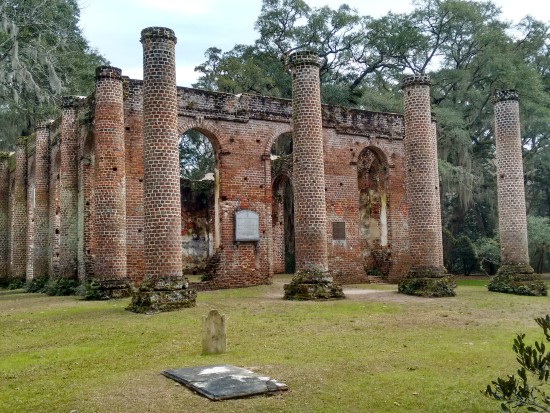 Now, I’m not one to believe in ghosts and I can’t say that I’ve ever encountered one – at least not that I’m aware of – but if ever a place was conceivably haunted, my guess is it would be the Old Sheldon Church. 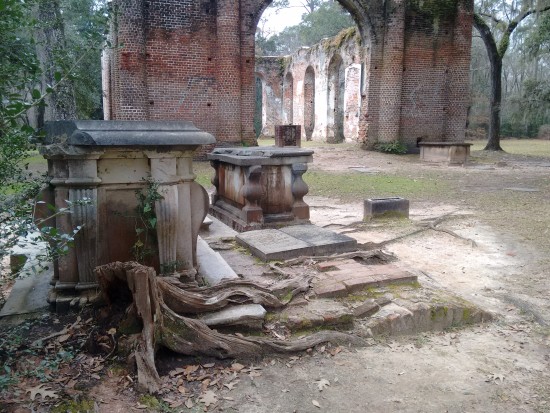 Those Who Walked Before

If one is lucky enough to be on the grounds – without nearby traffic passing by – one can just stand in silence and breathe it all in. And, as one soaks it all in the imagination runs as wild as the Spanish Moss swaying from the branches of the stoic oak trees.  It’s then you can almost feel the presence of those who walked in the path of history. 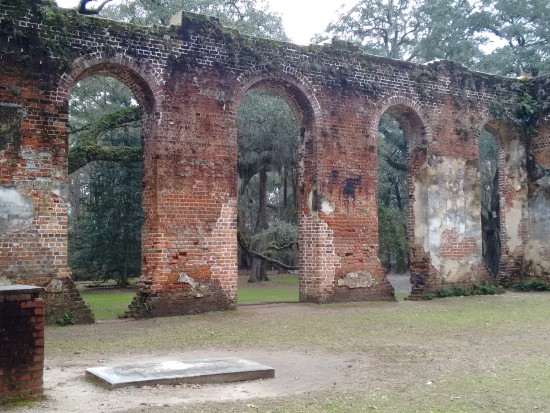 But while the Old Sheldon Church is in fact hauntingly beautiful and the long-forgotten headstones are leaning with the passing of time, I found the ruins to be peaceful.  I sensed no urgency to remember the long past battles or devastating fires. The ruins are just quiet and dignified; standing through the centuries paying homage to the past. 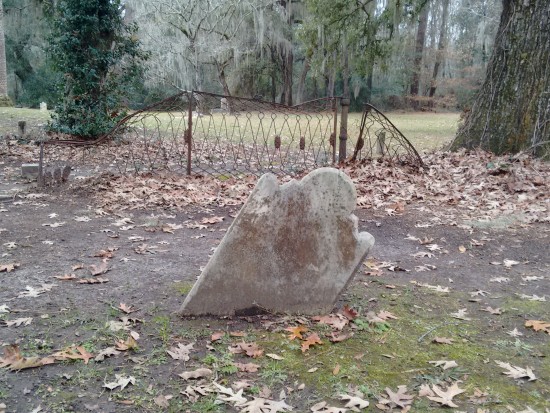 Those Who Rest Eternally

Built in 1745, the church was burned by British troops in 1779.  Rebuilt in 1829 and subsequently burned again by the Federal Army in 1869, the Old Sheldon Church has earned its place in history.  And those who rest eternally, among the ruins, are seemingly at peace.  If only walls could talk… 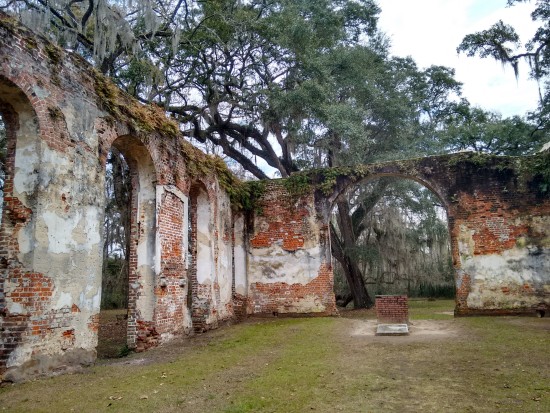 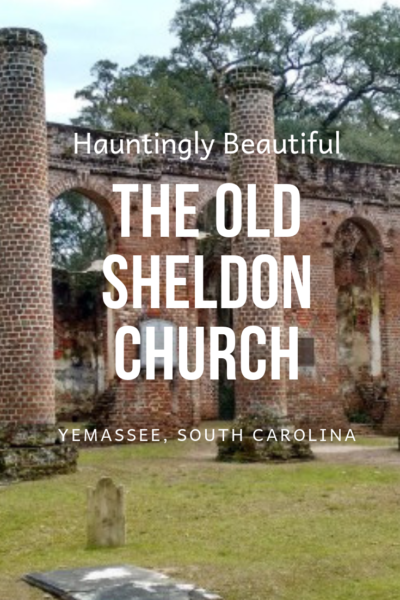