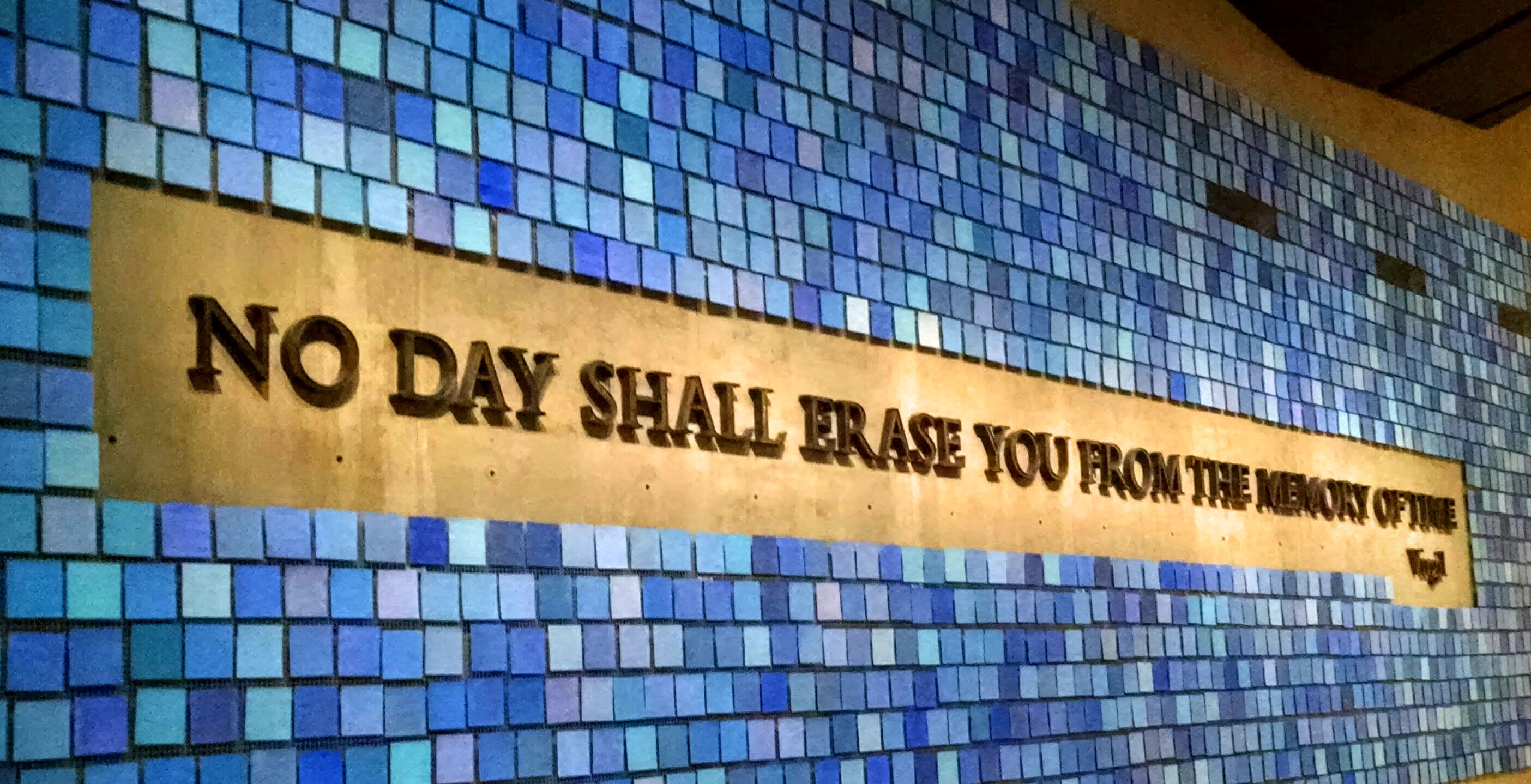 Meandering through the One World Trade Center, 9/11 Memorial Museum, I had a moment of realization that there is now a generation of children who were not alive on 9/11, and as such had no real concept of what they were looking at in the museum, other than was was told to them by their parents.  Amazingly, it has been 15 years.

I’m betting there isn’t an adult living in the US that doesn’t remember exactly where they were on the morning of September 11, 2001.  At the time, we were living in California and our son raced upstairs to our bedroom and told us to turn on the television. Like so many others we sat and stared in tears and disbelief.  I had just started a new job as a program director for a child development center 10 days prior.  It was a hectic morning as parents, who had previously dropped off their child, rushed back to the center in a state of panic.

Like all museums that depict difficult events in history, visiting the One World Trade Center Museum, is an emotional visit.  Stepping in to the massive hall where mangled building parts adorn the walls and burned out firetrucks stand silently, launches the visitor right back to that moment in time when they heard the news. 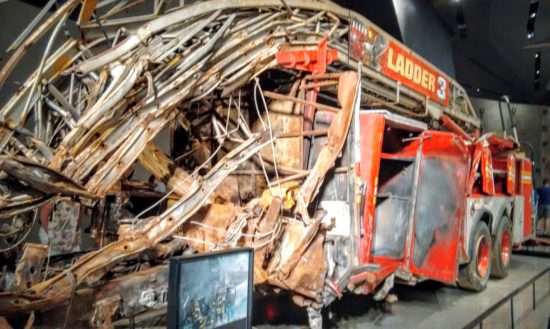 Burned and twisted remnants of a firetruck on display in the museum.

Interestingly, there were many non-English speaking visitors to the museum and I found this somehow comforting.  The rest of the world witnessed the horror of that day and they came to learn and to see for themselves.  That in itself was quite moving.

It’s hard to describe a museum of this kind as being well-done, because it’s a testament to great loss, but it is in fact very well-done.  I can’t imagine the planning that went in to creating such a space while respecting all of those who lost their lives and those who are still battling grief and illness. 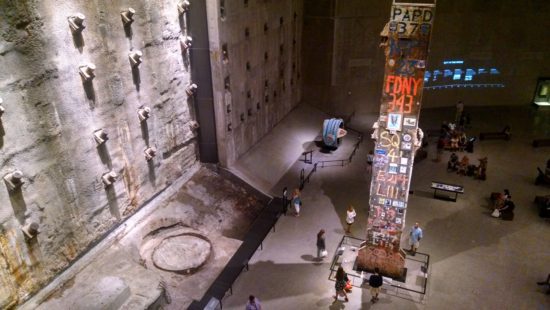 The last standing column is covered with testimonies

It’s an incredible memorial with multiple modes of media depicting the timeline of the actual day and the days that followed.  There are many personal items such as shoes and letters to loved ones on display that stir emotions, but they are so powerful to see and read. The depth of the loss is driven home when one enters the room simply known as “In Memoriam” where there are nearly 3,000 framed photos of those who lost their lives on that day.  It continues to be a work in progress as the museum accepts donations from those who lost a loved one. 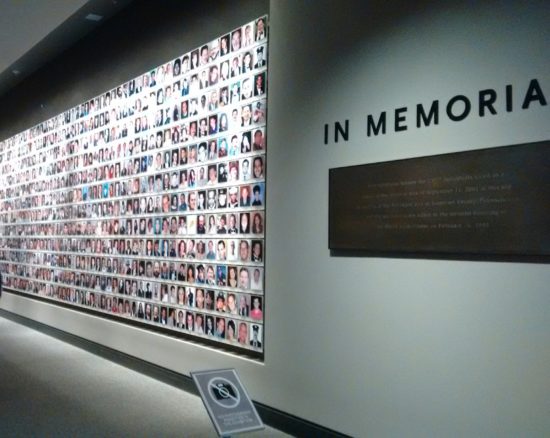 A mural of blue tiles probably had the most profound affect on me.  Near the wall of tiles, not accessible to the general public, is the repository of the remains of those who have yet to be identified.  It stopped me in my tracks and much like on that fateful morning, I stood and stared in tears and disbelief. 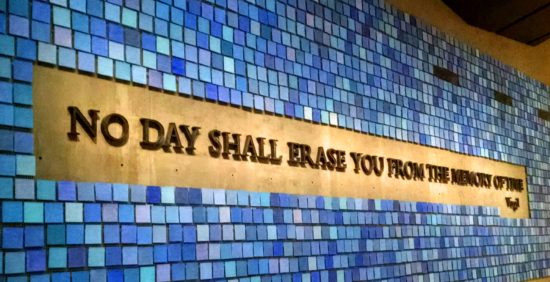 “No day shall erase you from the memory of time”

Outside of the museum, which is partially underground, are the two memorial pools.  I’d been curious about the pools because when seeing them on television one can’t really feel the scope of the size, or the flow and depth of the water.  The pools are the footprints of the two fallen towers.  The water flows simply and beautifully; never-ending. Around the perimeter the names of those who lost their lives are engraved for eternity.  It’s all deeply moving. 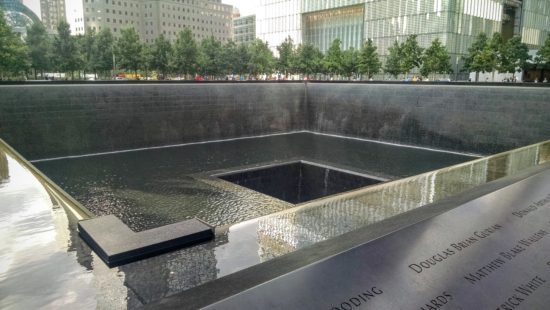 The memorial pools at One World Trade Center.

Visiting the One World Trade Center 9/11 Museum is definitely a memorable experience.  Although it’s emotionally difficult, it’s so important to witness and pay tribute – and, to never forget.

To learn more about visiting the One World Trade Center 9/11 Museum and Memorial, click here.

We were media guests of:  CityPASS 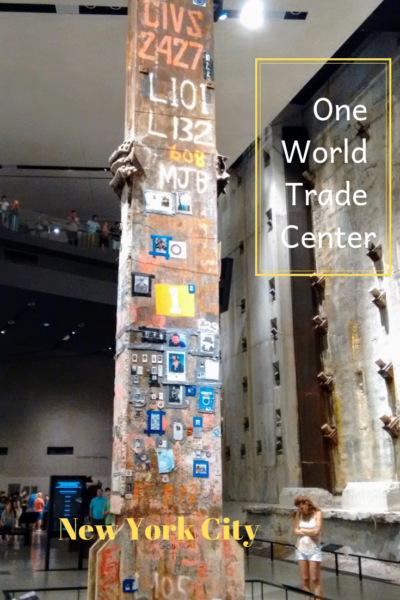