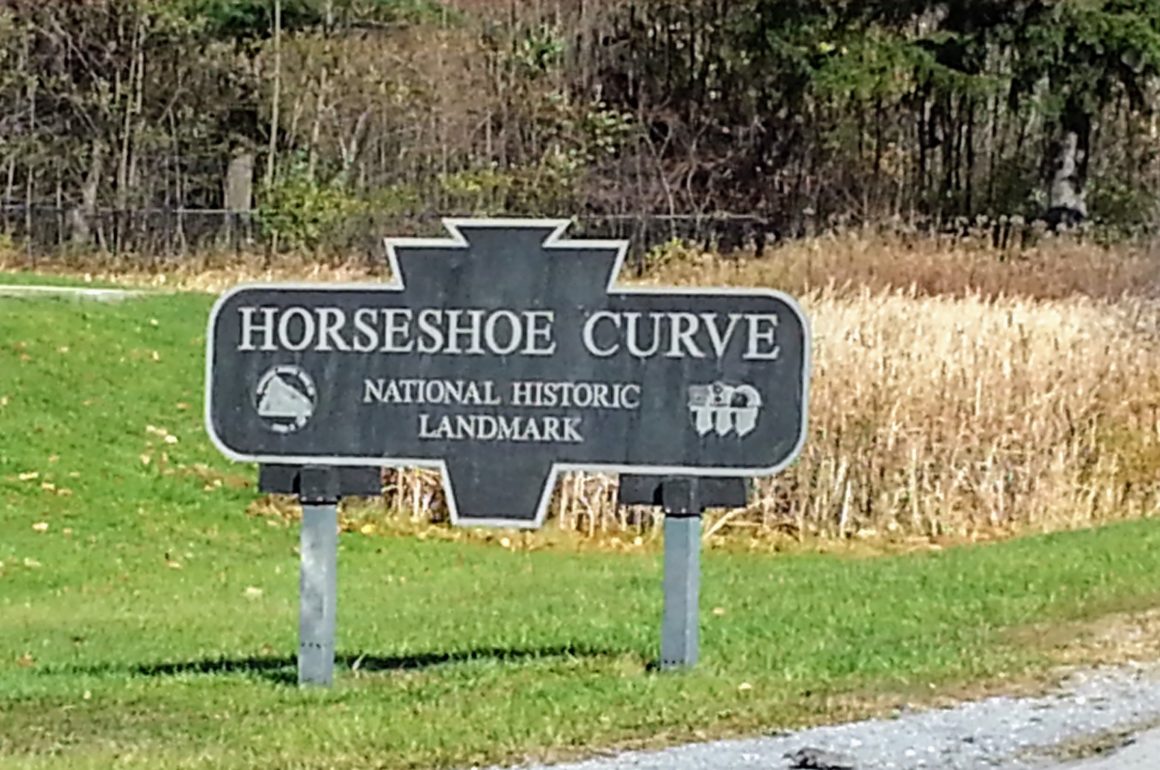 One of my most favorite things to see when we travel across the vast prairies of this country is the mile-long freight trains that often run alongside the highway. I start out trying to count the number of cars but soon give up because I simply can’t keep up.  But if I’m really lucky I’ll hear that long drone – somewhat lonely – call of a train whistle.  There’s just something about it that tugs at my soul; almost makes me want to bum a ride in an empty freight car headed for parts unknown.  Almost. 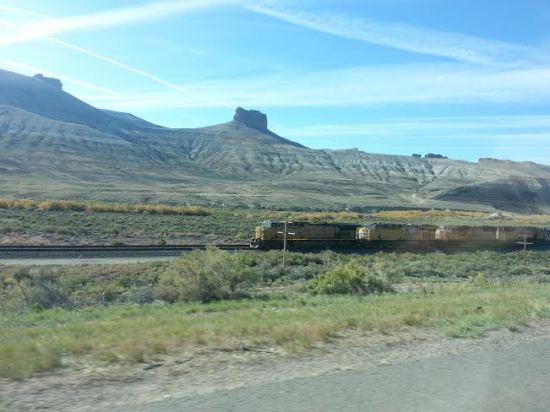 Although it was not quite the same experience as riding the rails, yesterday, we stood just a stone’s throw away from a great classic mile-long freight train as it rumbled through the Horseshoe Curve, and as we watched in awe I was like a kid again when the engineer waved at me from his perch in the huge black engine.  I called to Abi that it was well-worth the cost of admission.

Never in my life had I heard of the Horseshoe Curve until just hours before.  We were invited to a birthday dinner party in western Pennsylvania – specifically Indiana, PA boyhood home of Jimmy Stewart and current home of lifelong friends – and because we can now do things such as drive 3 1/2 hours to attend a dinner party, we did!

Fortunately, our friend happened to ask if we had seen the Horseshoe Curve on our drive, which we had not.  But on the way back, we went looking for it. 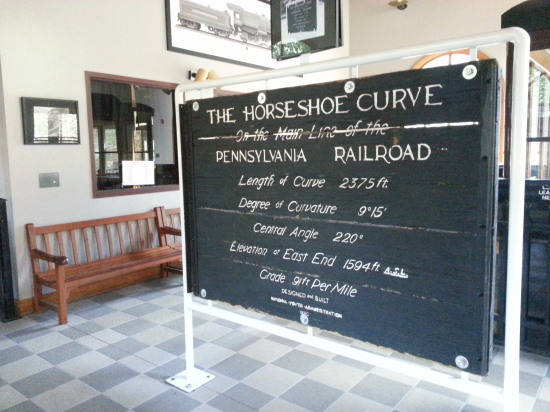 Completed in 1854 by 450 workers who were paid .25/hour for a 12-hour day, there is an interesting history behind the curve, including having been targeted by Nazi Germany during WWII.  You might think, what’s the big deal, a horseshoe curve in the railroad tracks?  I’m guessing that’s a pretty common reaction, but spend an hour there and you’ll walk away with a different opinion and you’ll be wearing a child’s grin on your face because it is just too much fun!

Watch this 1-minute aerial view of a train passing through Horseshoe Curve.

See the green triangle on the left of the photo?  That where you can stand to get up close and personal with the passing trains. 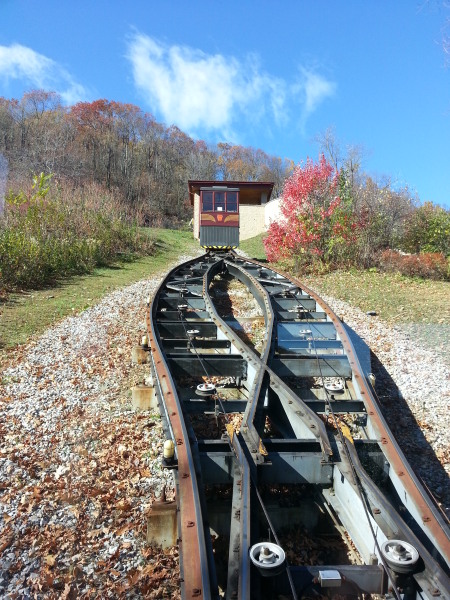 The funicular to the observation point where you can get up close and personal with the passing trains. We rode up on the funicular and walked down the 194 stairs.

If you just happen to be driving through Western, PA, which is a beautiful region in which to find yourself, absolutely do not hesitate to take a little side trip to visit the Horseshoe Curve.  It you love trains, and sites that you are unlikely to ever see again, this is a must stop spot for you. 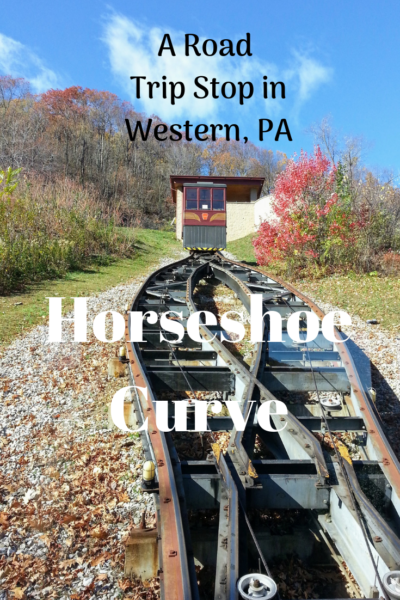 The Story of Matilda & The Battle of Franklin

Take a Sunset Cruise on the Hudson & East Rivers
Share: