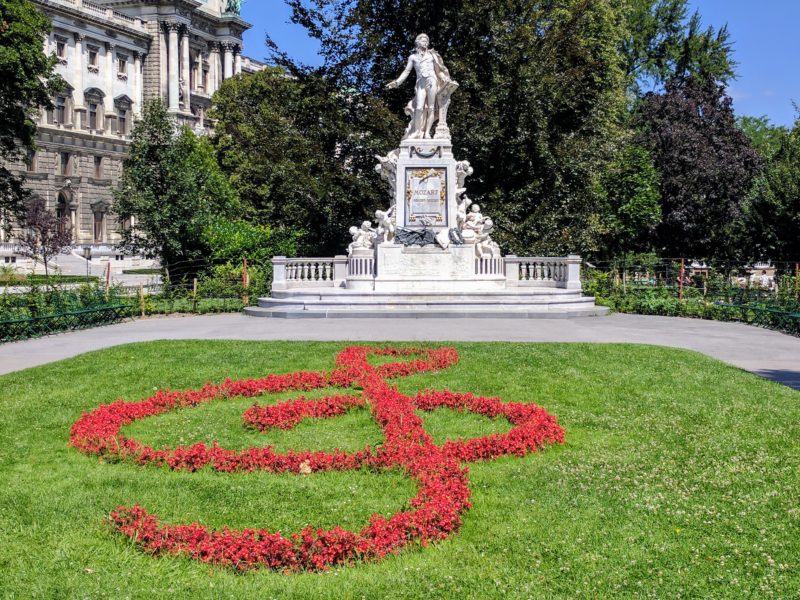 As the train rumbled in to Vienna I stared out the window to catch my first glimpse of what I thought Vienna should look like.  What I saw did not fit the image in my mind’s eye; skyscrapers!  Wait, there are skyscrapers in Vienna?  I suppose in my wild imagination I thought everyone should have been waltzing along the River Danube.

Clearly, I had no idea what to expect of Vienna but who cares?  It’s totally okay to find yourself in a new destination with no set expectations.  It makes the adventure all the more interesting.  Truthfully, before we left home, we were so occupied with selling our house, putting our life in storage and applying for our Portuguese visas, I had precious little time to do any significant research aside from just mapping out our eight week Eurail journey.

Turns out, I’m glad we came uninformed, as it were, because we approached the city with a blank slate and we gleaned a few Ah-ha! moments.

If you’ve been with us for a while, you know that we are walkers.  Our favorite way to get acquainted with a city is to just walk out the door of our accommodations and start walking.  We usually have a vague idea of where we’re headed as we start out, and then we just see where it leads us.  It’s an excellent way to get up close and personal with the city and it makes for great exercise.  When you stop for a pastry or ice cream you can totally justify the caloric yumminess because you walked there.

Walking our way around Vienna brought us to our first Ah-ha! moment when we came across the statue of Wolfgang Amadeus Mozart.  Oh, right!  He was Austrian. 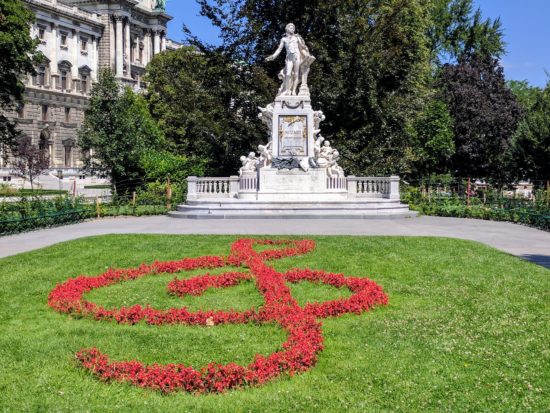 I’ve been fascinated with the life of Marie Antoinette for years.  Seemingly, her life was never really hers to live and personally, I think she was set up to fail, but that’s another story.  The story here in Vienna is her mother, the Archduchess of Austria, Maria Theresa.  Maria Theresa reigned from 1740 – 1780; the only female Hapsburg to rule.  The Archduchess has quite the story, including the arranged marriages of her daughters to benefit the state.  Discovering her impressive memorial was another Ah-ha! moment for us. 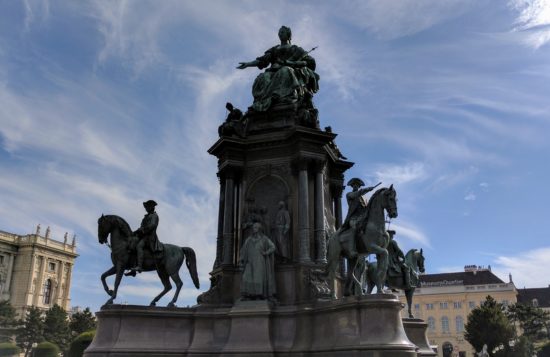 The Archduchess of Austria Maria Theresa

Vienna is vibrant and somewhat dazzling.  As we walked miles around the city we found ourselves in different neighborhoods with different vibes. I had no idea that Vienna showcases most of the top designers and labels in the world.  The downtown core hosts names such as Chanel, Louis Vuitton, Prada, Tiffany, Rolex and the list goes on.  If you’re a serious shopper it’s really quite impressive.

The boulevards lined with shops feels very much like the Magnificent Mile in Chicago, or 5th Avenue in New York City, or the Champs-Elysess in Paris. No wonder the hotel clerk mentioned shopping when we checked in. 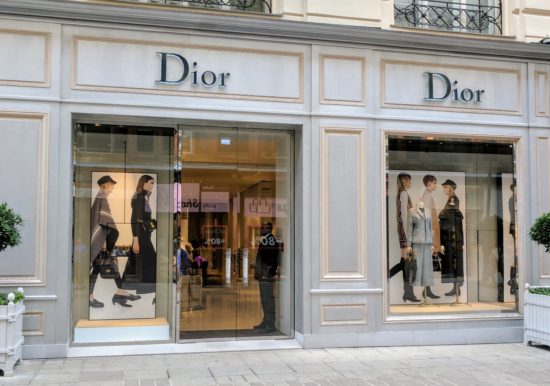 The Music of Vienna

We happened upon two musical experiences in our exploration of the city.  One was absolutely lovely and one was just plain silly, but fun just the same.  On our last day in Vienna we stepped inside a church fairly near our hotel and lucky us, a violin and cello group were rehearsing.  The notes of the music filled the ornately beautiful church and it was too serene to easily dismiss so we invited ourselves to a pew and let the music fill our souls.  This is just a snippet of the performance.

In stark contrast to the strings of the violins and cellos, later the same day we came across these three horse heads and they made us laugh.  Who doesn’t enjoy a fun street band?

Now that I think about it, I think our two musical experiences are a pretty good indication of what you’ll find in Vienna.  Classic music, beautiful architecture with a historical royal blood line, and just plain old fun street performers.  What more could you ask for?

Our Vienna City Cards were hosted by The Vienna Tourist Board 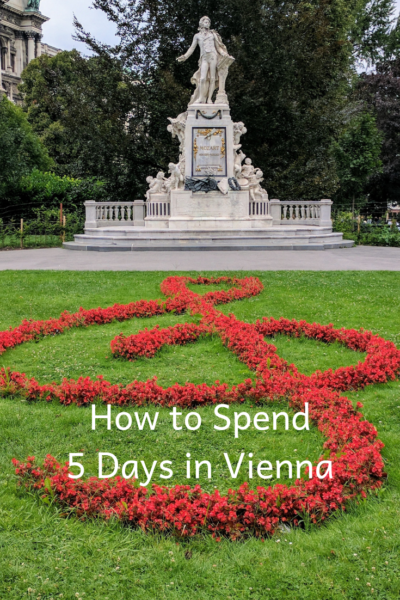