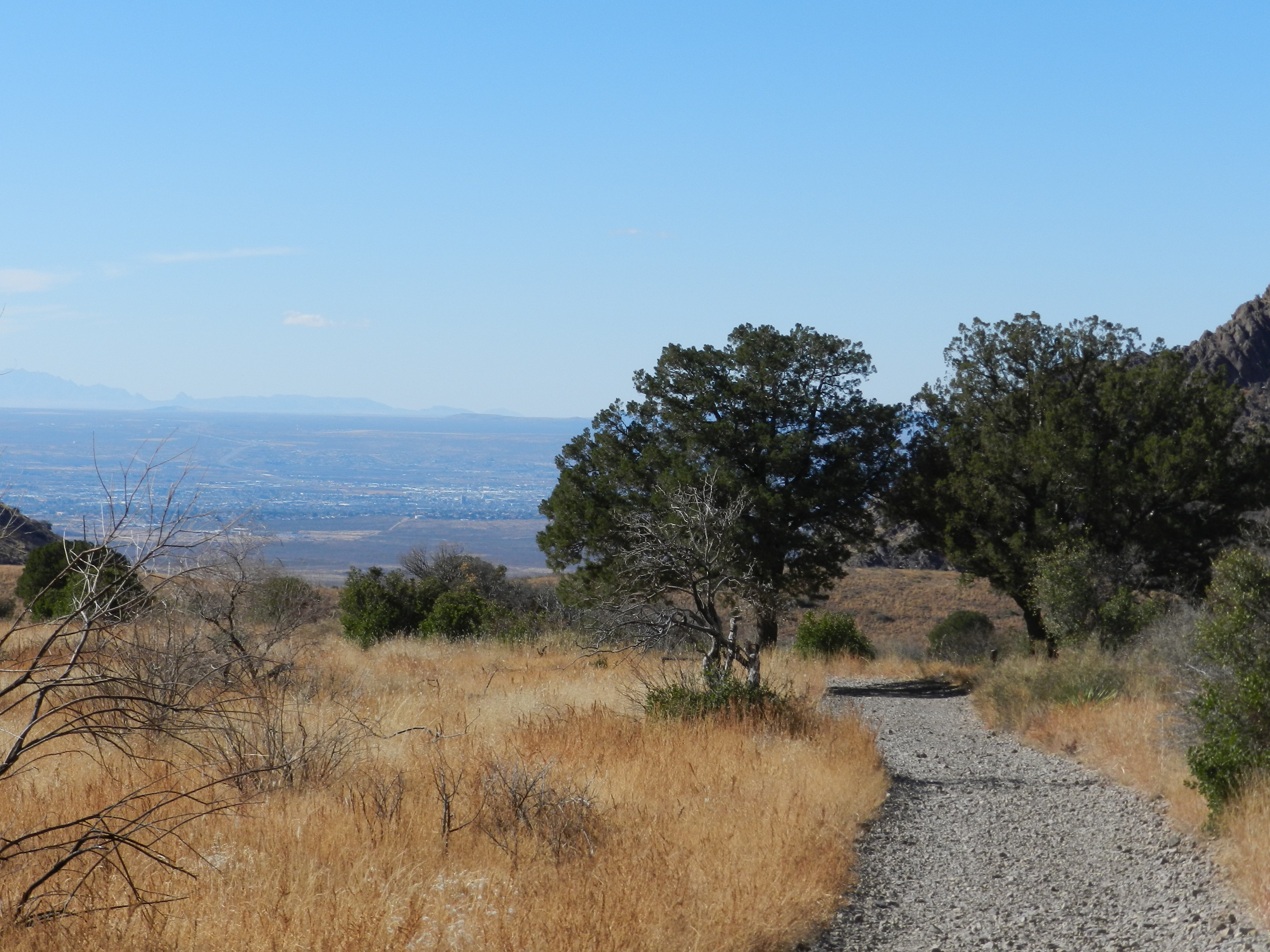 “Thousands of tired, nerve-shaken, over-civilized people are beginning to find out going to the mountains is going home; that wilderness is a necessity…”  ~ John Muir

I am not someone who will sleep under the stars, or in a tent, or in a rustic cabin or go anywhere near anything that creeps, slithers, buzzes, flies, sneaks, spins a web, etc. but, I do absolutely love to be outside and I love to hike, as long as the hike doesn’t include me edging along some precarious cliff face because as I’ve mentioned before, I’m burdened with a wicked fear of heights.

With that being said, as we started out on the Dripping Springs National Recreation Trail – just outside of Las Cruces, New Mexico – I had to take a moment and consider my options when we came upon this sign. 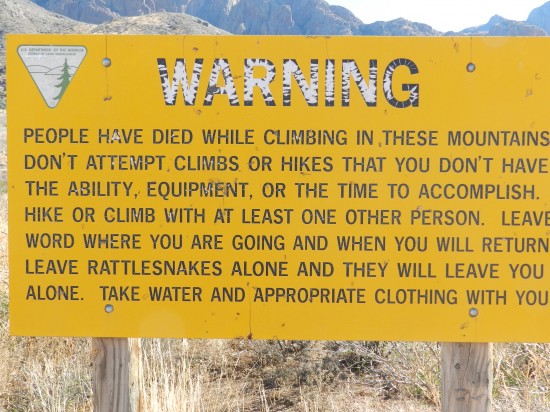 I Lived to Tell the Tale

I mean, think about it.  Why on earth would I (or anyone for that matter) do anything other than leave a rattlesnake alone?  My logical conclusion was that if anyone was actually stupid enough to not leave a rattlesnake alone, well then they deserved whatever the outcome might happen to be.  As for me, I would carry on bravely with a vigilant eye out for said snakes. Fortunately, no snakes were seen and I lived to tell this tale. 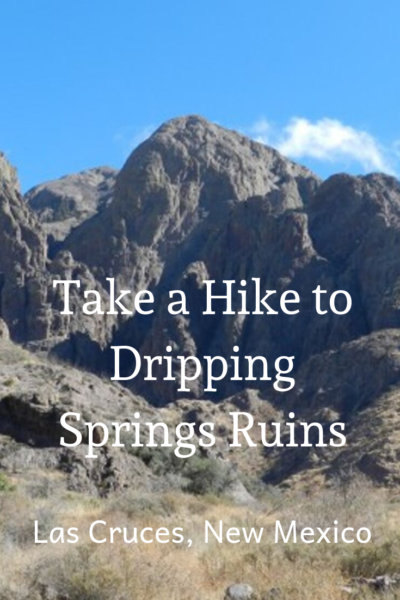 In 1870, the equivalent of what we today would call a spa retreat, was built in the crevices, at the base of the Organ Mountains.  All I can tell you is that as we stood at the entrance to the trail and looked toward the mountains, neither one of us could even begin to imagine a resort standing in such a tight place.

But built it was, and it has quite the interesting history.

“Dripping Springs Resort was originally called “Van Patten’s Mountain Camp.” It had approximately 16 rooms, a large dining room and a concert hall. It was very popular around the turn of the century and many famous people, including Pat Garret and Pancho Villa, have stayed there. Van Patten was married to a local Piro Indian woman and a number of Indians lived and worked at the resort. The Indians hand-carried water from the spring to the rooms in “ollas” attached to long wooden poles and, from time to time, held dances for the amusement of the guests.”  Dripping Springs

Anyway, we hiked and we climbed and as we reached the base of the mountains we began to find evidence of the ruins. 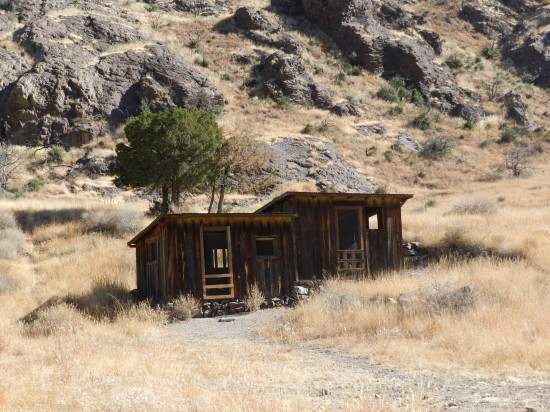 Where workers lived with nearby stables 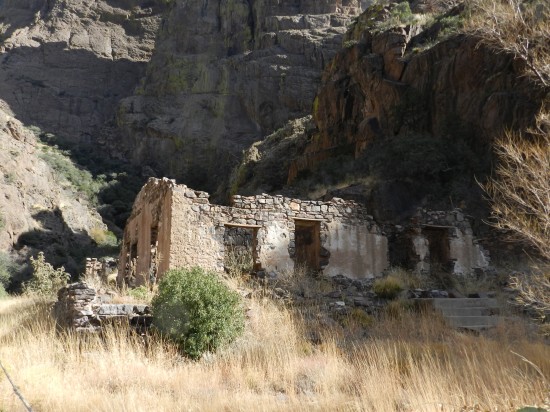 Ruins of the main lodge 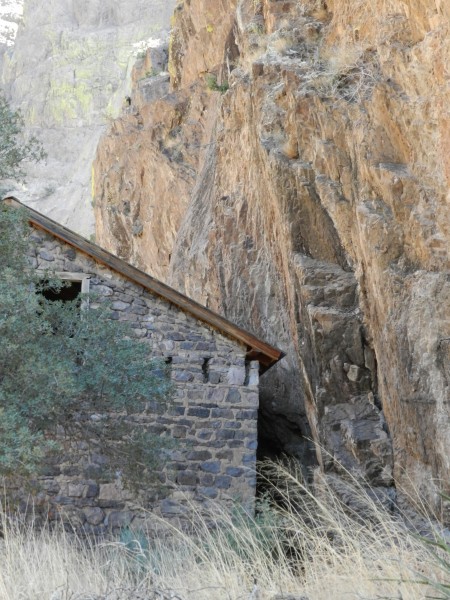 Built right up against the cliff face

What an undertaking to build a resort, such as Dripping Springs, in such a location, but it’s not hard to see that once people made the trek up the mountain, their efforts were well-rewarded.  They escaped the desert heat of the valley below while relaxing in the cool shade of the mountains.

Dripping Springs was the place to see and be seen. And even though their guest rooms were nothing more than a tiny room with a wood and rope-made cot, it still offered quite the social scene with card games, dances, lively dinner conversation and most likely the pure joy of dipping one’s toes in the cool mountain spring water. 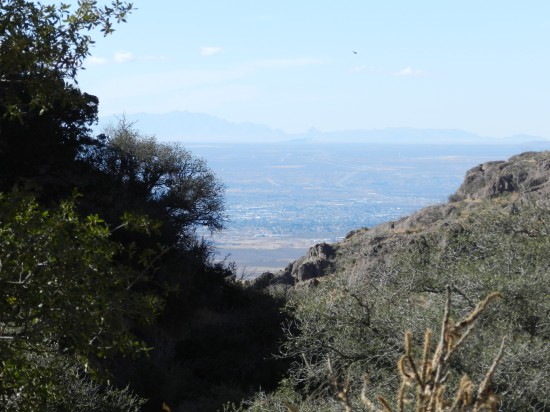 The view from the resort – looking out over the valley below 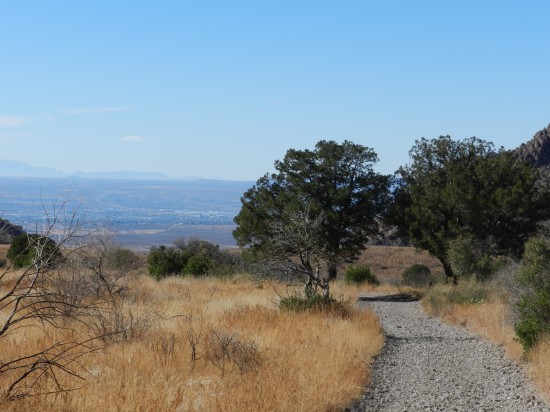 Making our way back down the trail – here we come snakes – I’m leaving you alone!

The Village of Mesilla

Before arriving in Las Cruces we had never heard of Dripping Springs and guess how we found out about it?  TripAdvisor.  Yep.  We use TripAdvisor a lot when we travel, it’s a great way of finding the best of the best of whatever we’re looking for while on the road.

Anyway, feeling so good about surviving the dire warnings of “the sign” and finding ourselves pretty much ravenous, we headed for the village of Mesilla, which as I have stated before, is where we found some of the best Mexican food we’ve ever had the delightful pleasure of stuffing our faces with. 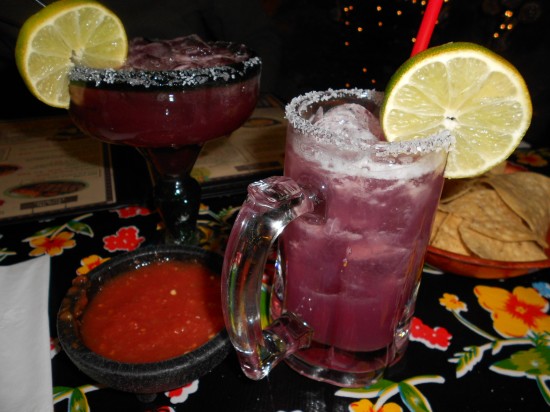 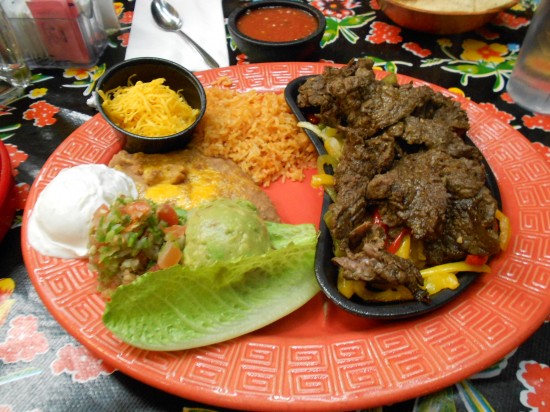 And that my friends, is how we spent the day hiking in the Organ Moutains, exploring the ruins of a once fabulous spa retreat and eating ridiculously good food in Las Cruces, New Mexico, while driving east across the USA.