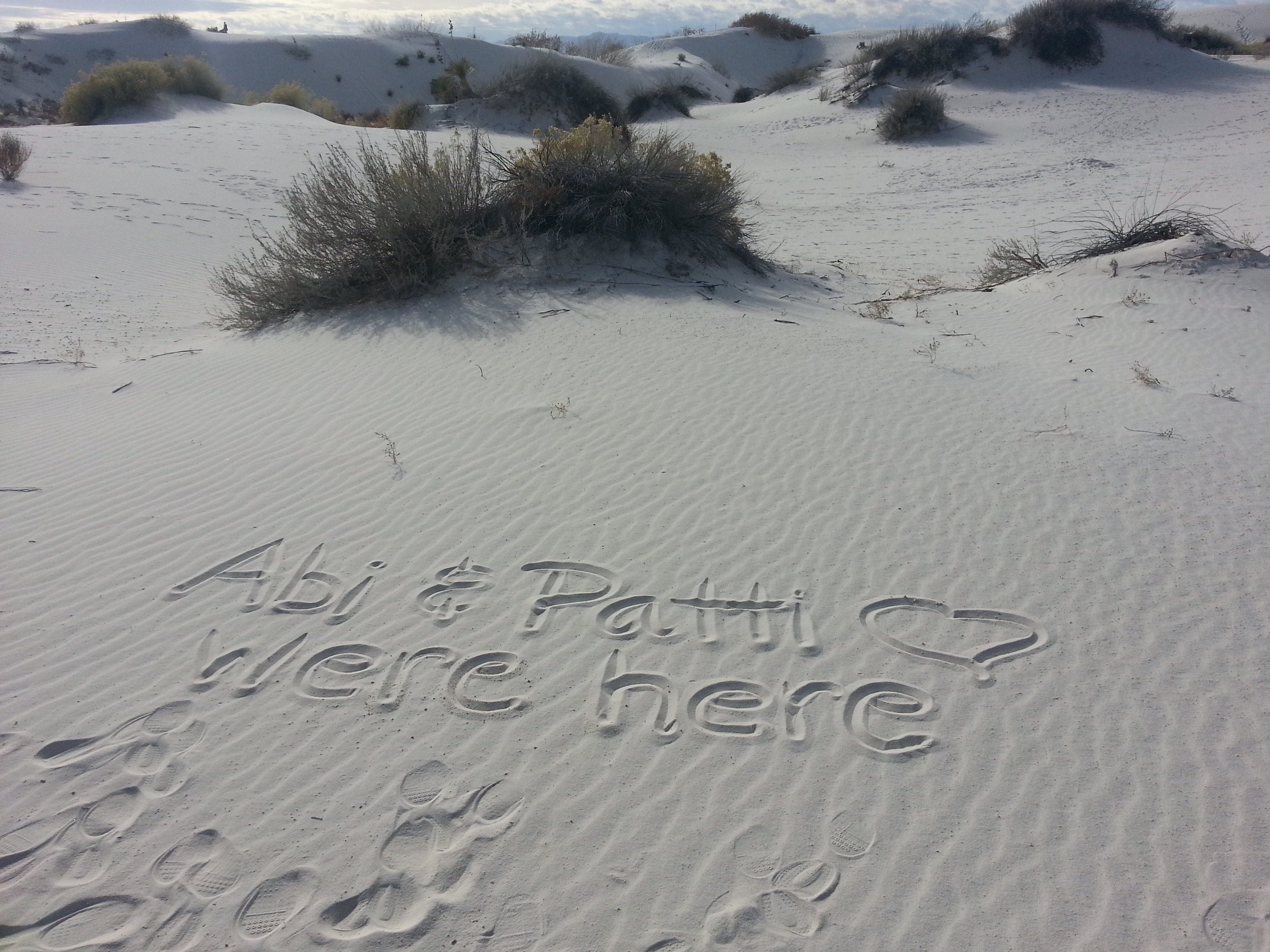 “One day I heard someone talking about ‘sifting sand’. I liked the sound of those words and scribble in my notebook ‘old man sifts sand’ tells stories…’ and forgot about it.

Then one day I was on a beach, watching the sand trickle through my fingers and thought, what if every grain held a story. And what if someone were able to tell those stories by sifting the sand?”  –   Wikiquote

What if every grain held a story?  What an awesome thought; especially when applied to the wonders of White Sands National Monument, New Mexico.

As much as we didn’t want to retrace our route back across the southern portion of the country, it did prove to be worth it for several reasons.  Spending 5 nights in Tucson – basking in the sun poolside – was just 1 of many.  Our return trip to Las Cruces, New Mexico was another good – very good – reason.  Not only did it take us back to La Posta for margaritas and delicious Mexican food, it also gave us the opportunity to visit White Sands, which is about an hour’s drive out into the desert. 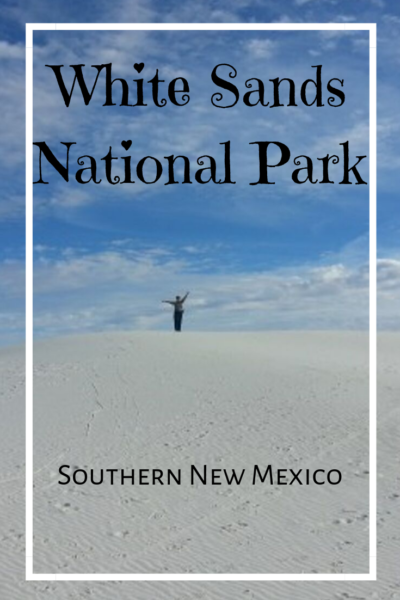 Travel tip:  Make sure you fill your gas tank before you leave Las Cruces, or it’s a l-o-n-g drive to Alamagordo, the next town.  Throw in the fact that the U.S. Army White Sands Missile Range is out there in the desert as well, and a random border patrol inspection station, and it all makes for an interesting drive!

Travel Tip:  If you find yourself in the vicinity of White Sands, be sure to read the park’s website before your visit, as they do close the area sometimes for missile testing.  Whoa… 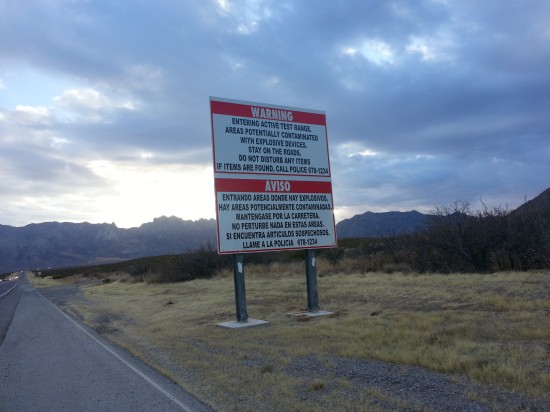 See, I told you there was a missile range!

We found ourselves driving across the desert, in the middle of nowhere, with no real idea of what to expect, but isn’t that half the fun of traveling?!  And then, suddenly, we were there.  Out of the dust of the desert sands, an incredible site to behold.

What can I tell you about White Sands?  Sometimes (and I’ve said this before) it’s really hard to find the right words to describe the experience. 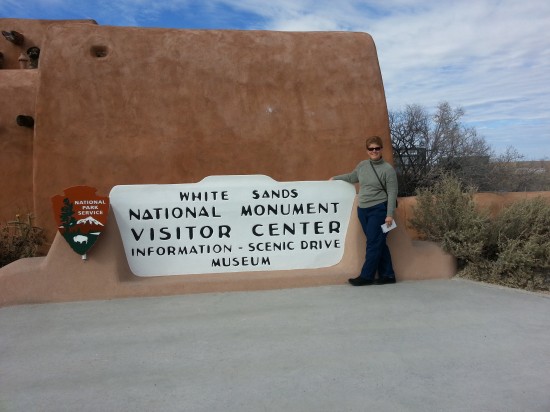 We bought a lifetime National Park Pass at the start of our trip, but did we remember to use it at White Sands? Duh…

A Contrast in Nature

White Sands is fascinating, talk about a contrast in nature; pure white sand against the harsh desert backdrop.  But as glorious as the sand dunes were, it was the sky that captured my imagination that day.  I couldn’t stop looking up.  And, every time I did, there was a new palette of color for me to admire. 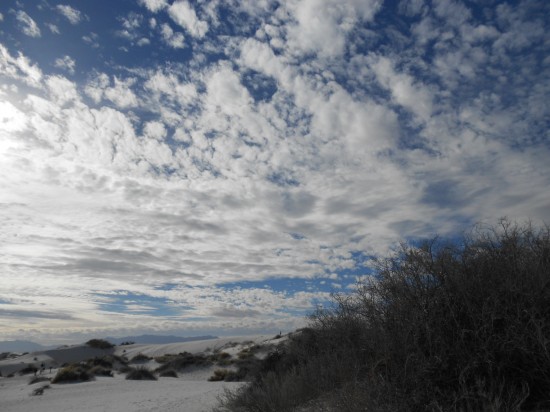 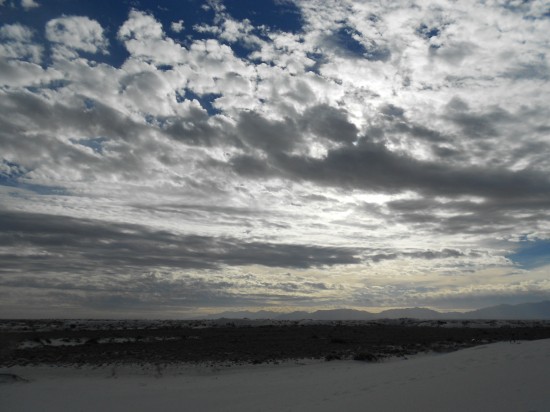 White Sands is an incredible site to see and one can follow the road about 8 miles out among the dunes to witness the different layers of sand on sand and white on white.  And, remember to look up! 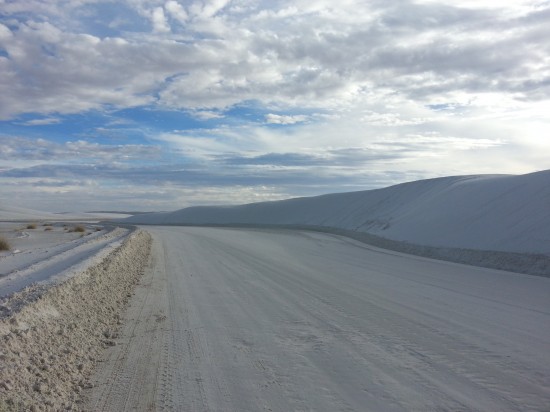 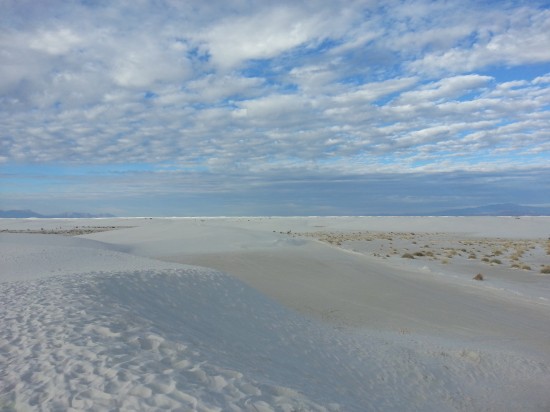 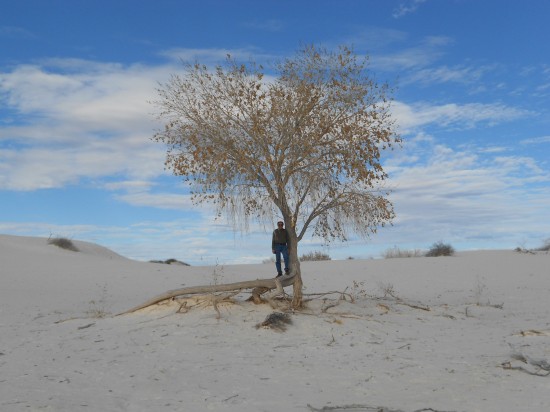 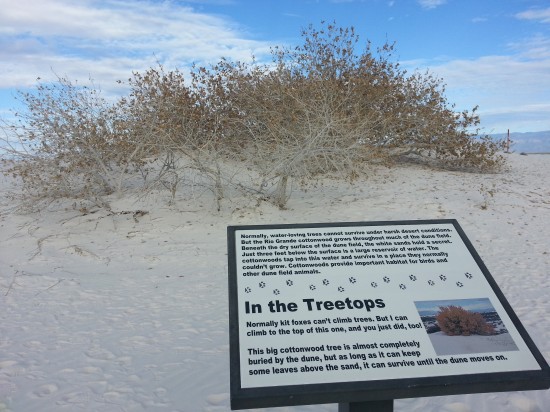 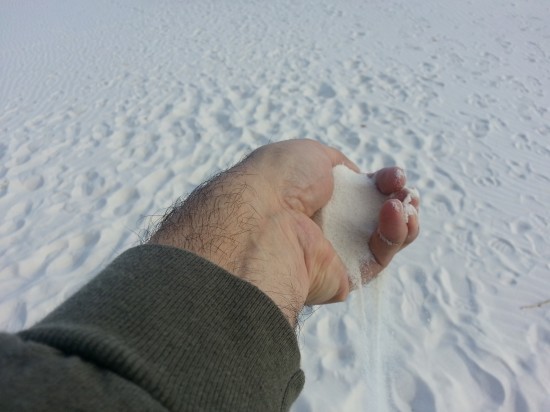 What if every grain held a story?

Why Everyone Should Visit Ashland, Oregon
Road Trippin
Share: