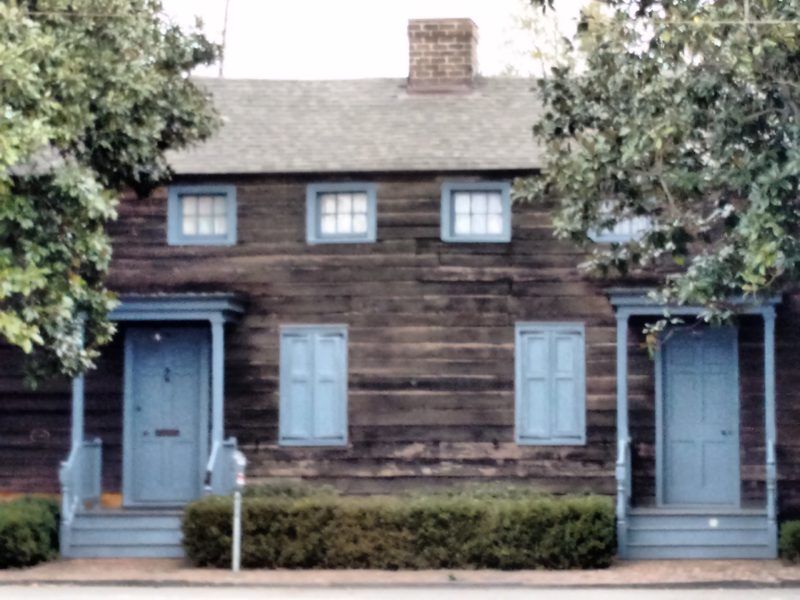 As I said in my first Savannah post  – actually I was mostly raving about the food tastings of our Savannah Taste Experience Walking Tour – I really did not know what to expect of the city.  And, as I also mentioned we approached Savannah from the back door.  So much so that we ended up switching hotels on day 2 of our 4-day stay because we just weren’t where we wanted to be.

Fortunately, on our 1st night in Savannah, we scarfed down burgers at The Crystal Beer Parlor where our very kind server pointed out the perimeters in which we should see Savannah.  After that, no problem. 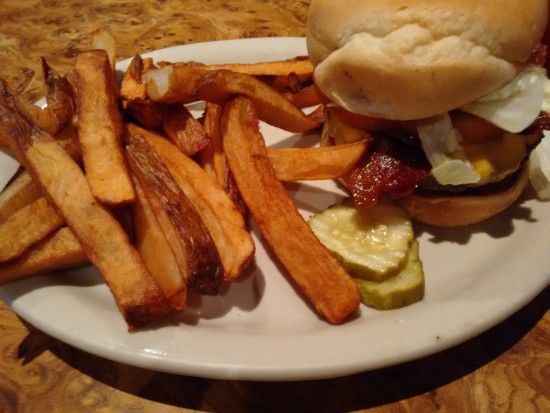 Can You Say, Party?

What I didn’t know, is that Savannah has a thriving working water front.  Cargo ships, tug boats and water taxis traverse the waters of the Savannah River. Paddle wheels and steam boats I expected, cargo ships, not so much.

Hotels, shops and cafes dot the waterfront making it a popular place to stroll for locals and visitors alike.  Or, where you might see a bride-to-be and her girls in an over sized peddle carriage drinking bubbly, because yep, Savannah is an open carry city in some areas.  Can you say, party?! 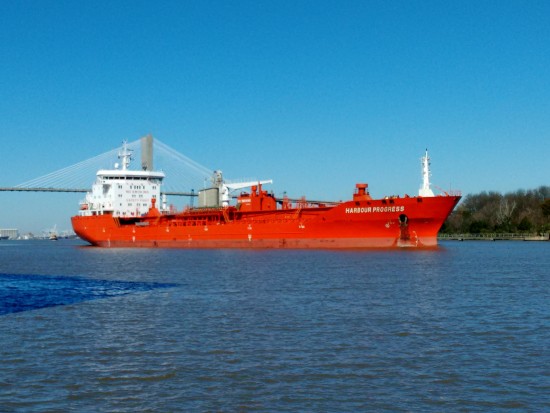 Cargo ship on the Savannah River.

While Charleston holds on to the charm of the old south and you somewhat expect to see Scarlett O’Hara sashaying down the cobble stone streets, Savannah – at least in my eyes – has a very retro vibe to it.  As it was explained to us, the preservation of Savannah really didn’t begin until the early 1950’s when a group of women came together to save a pre Civil War home.

As we were told, Savannah really burst in to the spotlight with the publishing of the book, “Midnight in the Garden of Good and Evil: A Savannah Story,” in 1994.  Savannah has a bit of everything and it all comes together pretty darn well.

There’s a definite blend of old ghostly tales and the old-school neon vibe of the 1950’s when it comes to Savannah’s historic core.  It was believed – back in the day (and maybe still today) – that evil could not cross water.  You’ll see quite a bit of blue paint, made from Indigo, used to paint the trim and doors of houses, to prevent evil from crossing the threshold.  Quick – what color is the trim on your house?! 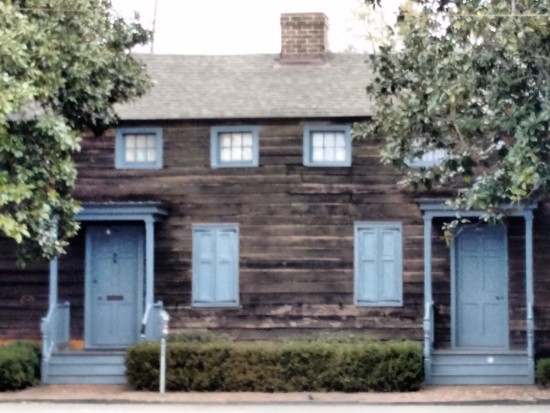 While shopping and dining your way along the busy retail streets you’ll find the neon lights of Leopold’s Ice Cream Parlor and the Savannah College of Art and Design beckoning. 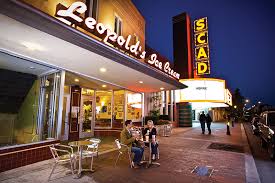 Walk a few more blocks and you’re likely to come across a horse drawn carriage waiting to take you on a leisurely ramble through the tree-lined streets of old Savannah. 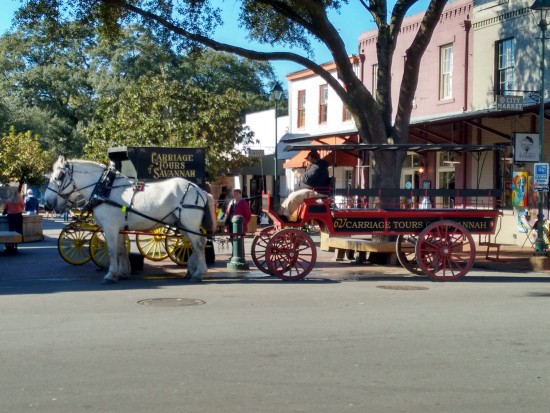 Two of the biggest horses I’ve ever come across. As big as the Budweiser Clydesdales.

We signed on and started out with a free walking tour, but about 20 minutes in we redirected ourselves. There’s a lot to be said about a free walking tour, we enjoyed an excellent tour in Charleston, but this group gathered together topped off at 30 people (big group!) with one guide who was quite friendly and knowledgeable, but just a bit too enthusiastically dramatic, for us.  Maybe you had to be there.

Anyway, once we redirected ourselves we came upon the Cathedral of St. John the Baptist (built in 1873) and what a beautiful cathedral it was.  A smaller scale than the cathedrals in Europe, but stunning just the same. 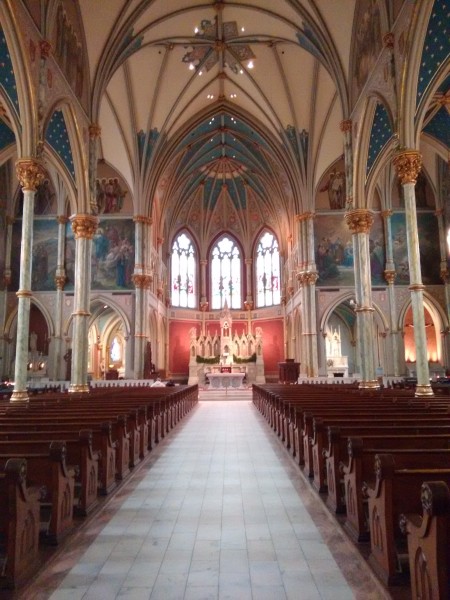 We spent the better part of two full days wondering up and down the streets of the city, trying to take it all in. We also spent a couple of tranquil hours roaming the Bonaventure Cemetery and we took a day trip to Beaufort – more stories to tell soon. There is a lot going on in Savannah.

While I have to admit my love affair with the city got off to a rocky start, by the time we left Savannah had won me over. I didn’t know what to expect, but what I found was more than enough to leave me wanting more. 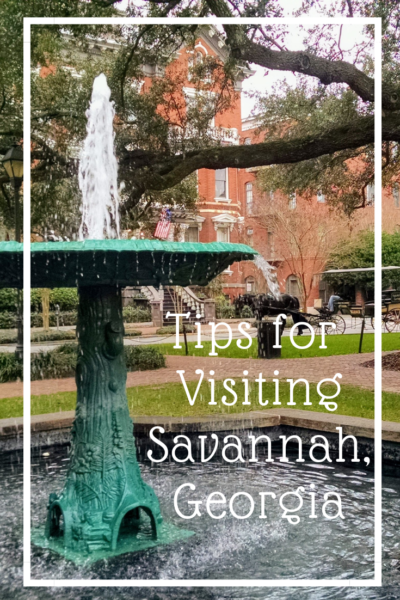