Take a Sunset Cruise on the Hudson & East Rivers 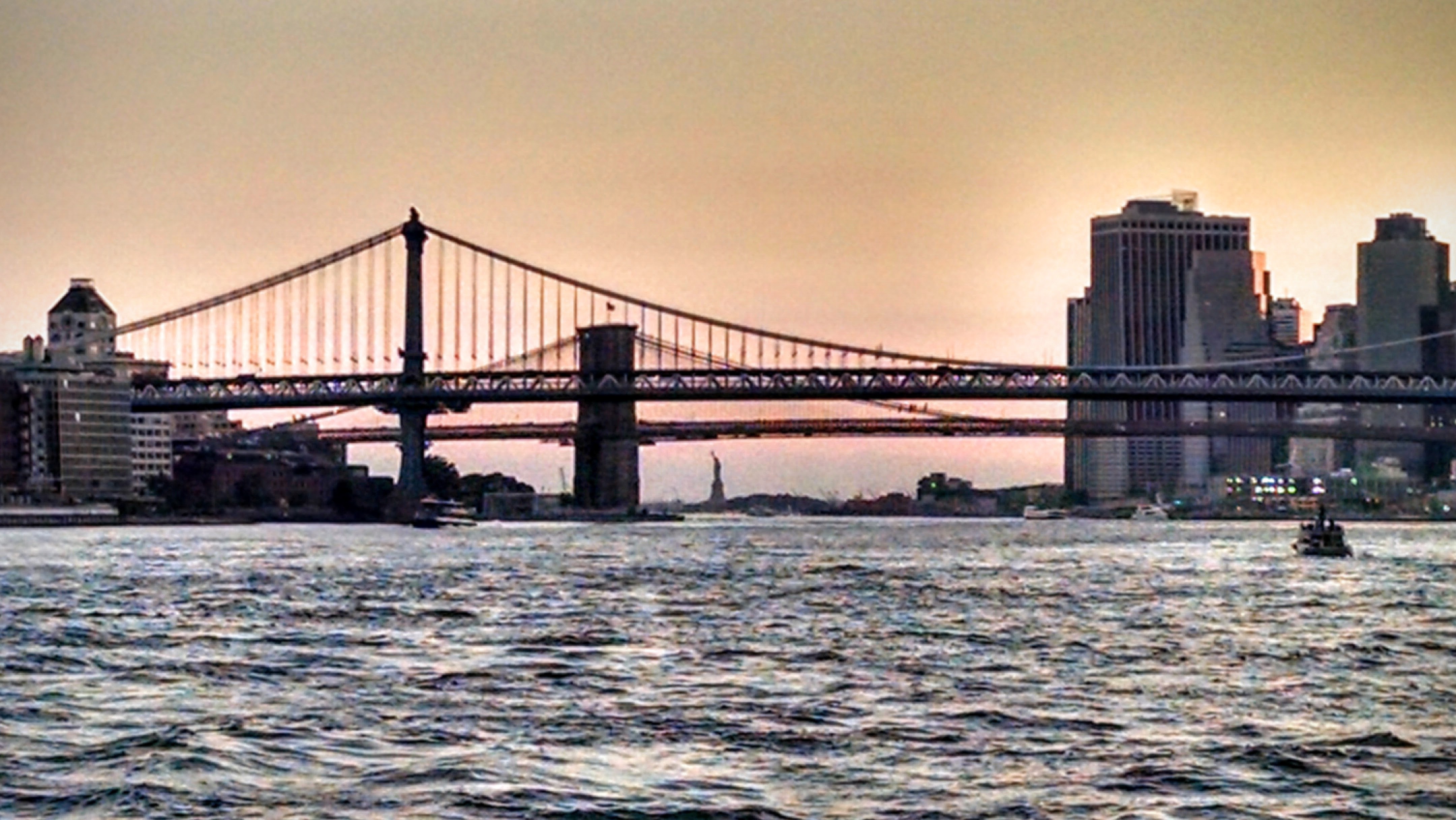 I’m not sure there is a better way to see the New York skyline than from the deck of a boat slowly cruising along on the Hudson and East Rivers.  An even better view of the skyline is at sunset, on a cruise, on the rivers; it’s really pretty.  And, it’s something quite special to pass by Lady Liberty with the sun slowly setting behind her. 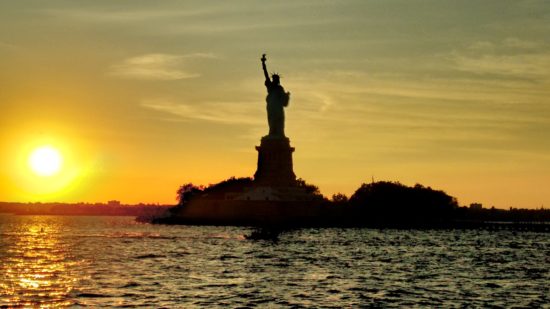 Don’t ya love it when you capture a great moment?

I’m not altogether certain how much I can say about a sunset cruise, so I’m thinking you’d probably rather let our photos do the talking for me. You know what they say about one picture and a thousand words, right? So, here we go.  Up the gang plank, find a seat on the upper deck, in the back and in the open air, cuz you know, it gets too warm and woozy inside and you’ll want to feel that fresh air on your face.  Here’s some of the best moments we captured while cruising the Hudson and East Rivers. 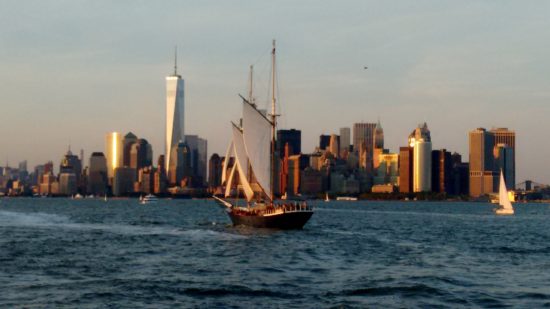 Our cruise on the Hudson and East Rivers could not have been on a better evening.  The air was cool and fresh and felt so good after a warm day of pounding the streets trying to take in as much as we could on our last day in New York.

There’s something about being on the water, isn’t there?  And, while overall I felt our cruise guide was a bit on the overacting side (he did proclaim himself to be an actor) he did provide some interesting tidbits of information. I can’t remember most of what he said because I either couldn’t hear him, or I just tuned out.

I do remember him telling the story of how the ferry and boat companies transported people across the rivers on 9/11, doing what they could to help those in need.  I believe the news coverage we all saw on television was just a mere speck of time in the life of those who lived it. 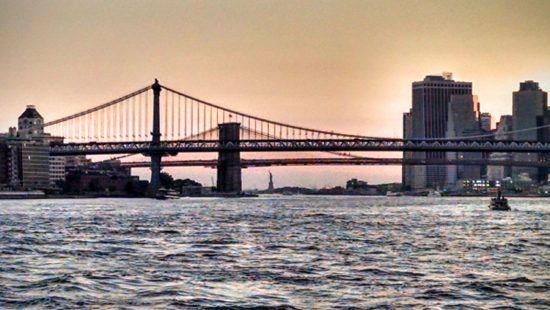 Two bridges and Lady Liberty in the distance. 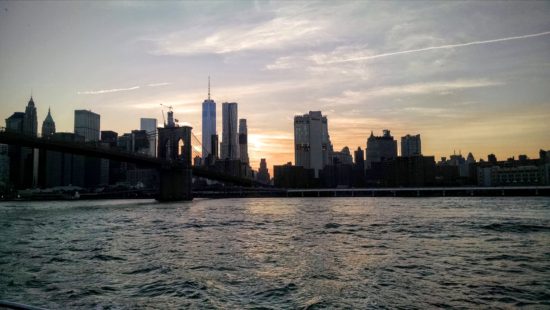 On the East River

The City That Never Sleeps

We thoroughly enjoyed our sunset cruise taking in the views of the New York skyline.  I’m pretty sure it’s true what they say about New York; it’s the city that never sleeps.  Not that we were up at 3:00 in the morning to see for ourselves, but I think it’s a safe bet.

New York is full of life, so much life, and it’s a city that has gone through hell and back and came out on top.  We’d love to return sooner than later as there is so much more for us to explore, and next time, I’m hoping to walk across the Brooklyn Bridge.  Have you walked across? 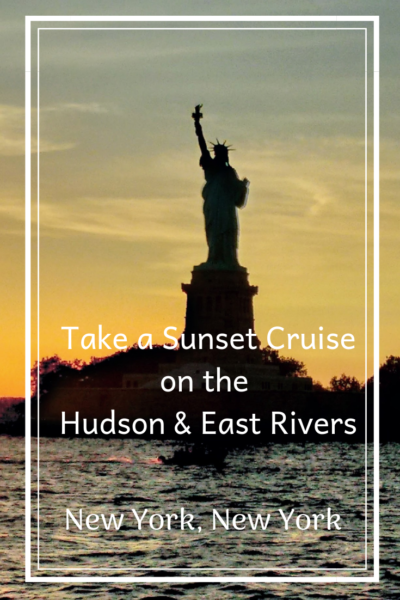 *  We were media guests of CityPASS.