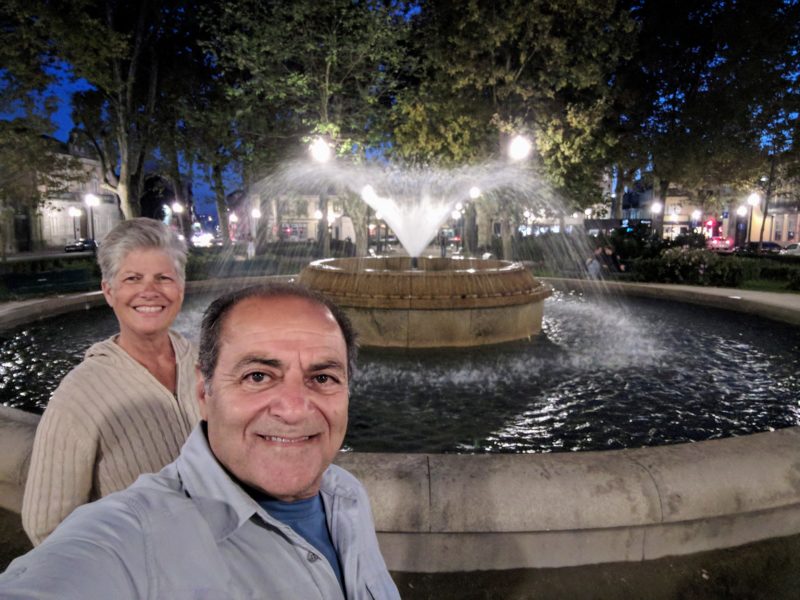 It’s almost comical how much you forget when you leave your home country for an extended time.  Upon re-entry the effects of reverse culture shock are just that… a shock!

Re-entry for us equates to adjusting to the warp-speed pace of life, the over pricing of even the simplest items, the whizzing by of cars and people, and returning to our home country at a time when political and social upheaval leaves us feeling unbalanced at best. Add in the cost of renting an apartment and the cost of groceries, and it all makes my brain hurt. Reverse culture shock.  It’s a real thing!

While living in Porto for 3 months, October through December 2017, we paid 600€ per month, plus utilities, for a one-room furnished flat.  The utilities were 80€ per month and included WiFi.  The owner originally planned to put the studio on AirBnB but decided it was too much work, so she rented it to us for the three months. We consider ourselves extremely fortunate to have found the flat and it was seriously a case of the perfect moment in time when we connected with the manager, of the apartment, on Facebook.  It was bittersweet to give it up.

I should mention that while we thought 600€ per month for the flat was super reasonable, by local standards it was on the high end, so it’s all relative.  In many ways the expat life abroad is more affordable than life at home.  It depends on where you are and your chosen lifestyle.  For us, living in Porto was a wonderful learning experience and while it was always our plan to return to live in the United States, we do hope to spend more time in Portugal and put those residency permits to good use.

Now back in the United States, we’re paying $2,200 per month for rent (for a 1-bedroom furnished apartment) including utilities (except WiFi) and parking.  While definitely a case for reverse culture shock, the cost of rent actually came as no surprise to us because we previously lived in this area. But still. Ouch! And, we’re paying $290 per month for our storage garage which housed our car while we were in Europe for six months and still holds everything we own.  Not wanting to move everything twice, we continue to house our belongings in storage until we find and settle in to a home.

From the Ordinary to the Extraordinary and Back Again

Here’s the thing about long-term travel.  When you leave, you’re the one(s) doing the leaving, the adventuring, the traveling and you’re the one(s) experiencing the challenges, the out-of-the-ordinary if you will.  Meanwhile, life at home – and the lives of those you love – moves forward.  It’s the traveler who goes out and explores the extraordinary and then has to step back in to the ordinary.  And, while you just want to bask in the glory of what you just experienced, you need to move forward or get left behind. It’s all a bit surreal, this thing known as reverse culture shock. 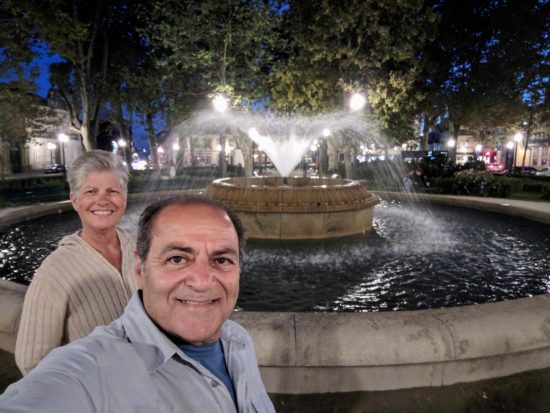 In the park in front of our Porto flat.

The best antidote – in our opinion – for reverse culture shock is to have something BIG to do right away.  If you just re-enter with nothing lined up – such as we did in 2015 – you may find yourself twiddling your thumbs and itching to book yourself on the next flight out of town heading right back to where you came from.  Believe me, it’s very much a syndrome of re-entry and reverse culture shock; the strong desire to escape reality.

With all that being said, being home again is a good thing! Dorothy said it best, “There’s no place like home.” Once the initial shock wears off and you begin to pick up where you left off, life moves forward.  But, it’s also okay if you immediately start dreaming of the next adventure.  Because that’s what life is all about, a series of adventures.

Speaking of the next adventure… it’s that time of year again. Another birthday.  I skipped my 60th birthday.  The men in my life were both ill and truthfully, the thought of entering my sixth decade kinda made me ill, so I just let it pass by without fanfare. Now, here it is two years later and I’m facing my sixth decade plus two years.  I don’t know how I got here so quickly, but I have to admit being 62-years-young is not so bad.  I’ve even fully embraced my gray hair and often wonder why I waited so long to do so.

And, in my sixth decade I’m going to celebrate my (our) 40th anniversary.  Forty years of traveling through life together and we’ll soon be grandma and grandpa. This circle of life thing kinda blows my mind.

p.s.  Abi just reminded me that I’m actually in my seventh decade.  I’m not feeling it.