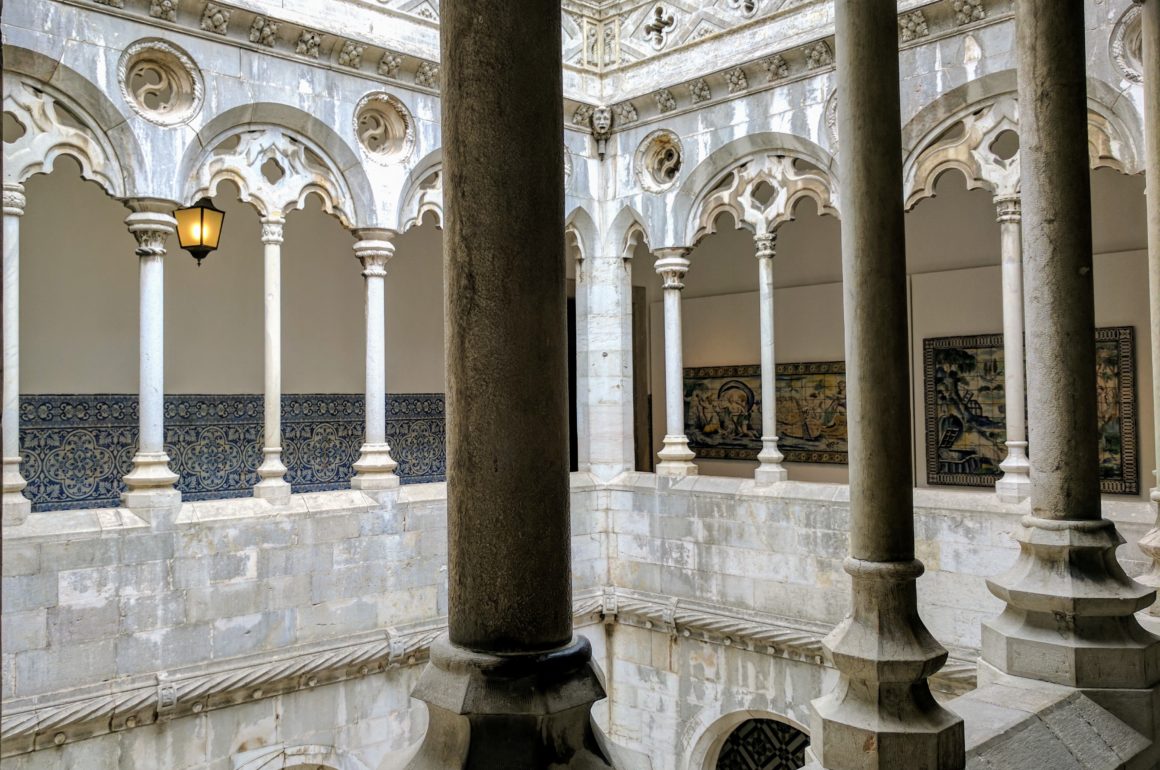 When I think of Lisbon, I think of the city as being the gateway to Europe.  When we fly from the east coast of the United States, i.e., Washington, DC to Lisbon, it’s about a seven hour flight and no doubt, it is seemingly the shortest distance across the Atlantic Ocean.  Given that I’m not a fan of flying, we always opt for the shortest time spent on a flight.

Lisbon is an vastly interesting city on so many levels.  It’s a vibrant city rich with history and the Portuguese culture.  It’s a city that offers the visitor a plethora of experiences; everything from visiting the incredible National Azulejo Museum to taking a ride in an electric Tuk Tuk.  And, surprisingly, although the city is built on hills that will test your endurance, it is actually quite a walkable city.  So whether you opt to see the city on your own, or take a private guided tour with a local, there is always something to see and do in Lisbon. 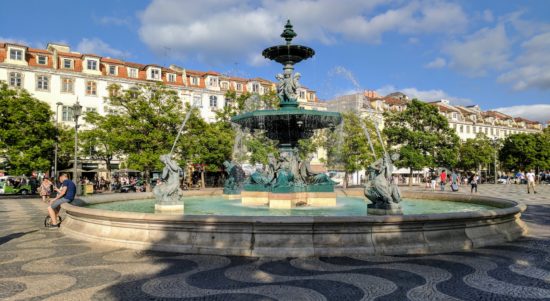 The capital city of Portugal, Lisbon boasts a population of just over half a million, but when the cruise ships arrive and the summer tourism season kicks in, it can feel as if the city boundaries will nearly burst.  But don’t let that stop you.  The city welcomes all and there is plenty of room for everyone.

A Sense of History

With that being said, it can be a good idea to break away from some of the highly touted tourist sites, such as the waterfront, and take on exploring some of the lessor known sites.  For example, the archaeological digs at Igreja de Santa Maria Maior.  The cathedral is beautiful and interesting to explore, but it’s the adjacent archaeological site that will really give you a sense of the history, of the cathedral, and of Lisbon.  For a couple of history lovers like us, the digs proved to be fascinating. 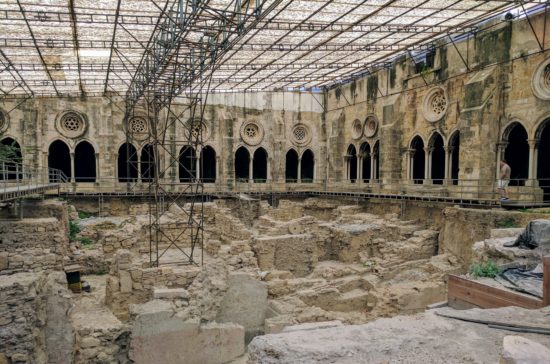 The archaeological digs at Igreja de Santa Maria Maior surrounded by the cloisters.

With an unwarranted reputation for only eating fish, we’ve been asked many times about dining options when visiting Portugal; Lisbon in particular.  Here’s the thing, I am not a fish eater.  Actually, I am allergic to shell fish and I tend to just stay away from most fish as I don’t care for it.  Although, I will enthusiastically dive in to a basket of freshly deep-fried fish and chips.  Yum!

We have always found the food scene in Portugal to be amazing.  Whatever you’re craving at that moment in time, you’ll find it in Lisbon.  It’s a foodies paradise.  And, what we love about Lisbon, especially, is the little out of the way and tucked down a side street eateries.  Just wander the city and you’ll find anything you’re looking for.  At this little tucked away cafe we enjoyed delicious salted and grilled Padron Peppers, Sangria and beers.  Heaven! 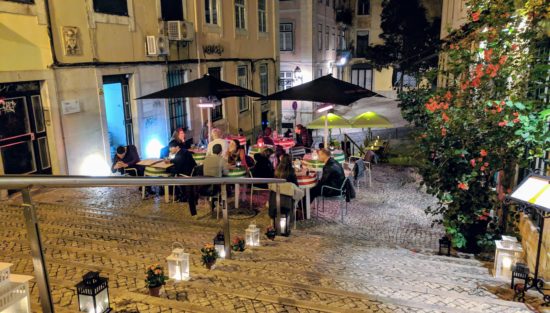 A lovely little eatery tucked in a side street and down a flight of stairs.

After catching up with our friends, from Our Big Fat Travel Adventure, over our peppers and drinks, we made our way to a little out of the way spot.  Indian food is highly recommended when dining in Lisbon and other cities in Portugal.  We’ve eaten some of the best Indian food ever while exploring Portugal.  It’s also a great choice for vegan, vegetarian and gluten free diets. 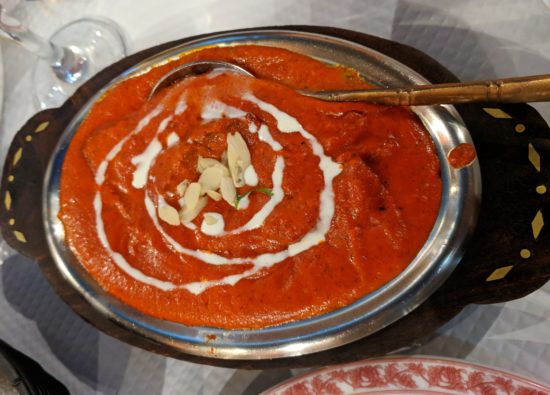 If ever a city begged to be photographed, it’s Lisbon.  Well, actually anywhere in Portugal is a photographer’s dream come true.  The colors, the incredible tiles, the patterns and the architectural designs of the Portuguese are no less than infamous.  There gets to be a point when sometimes I just put away the camera and take in the sites. There are so many photo ops it can take away from the actual real time experience. 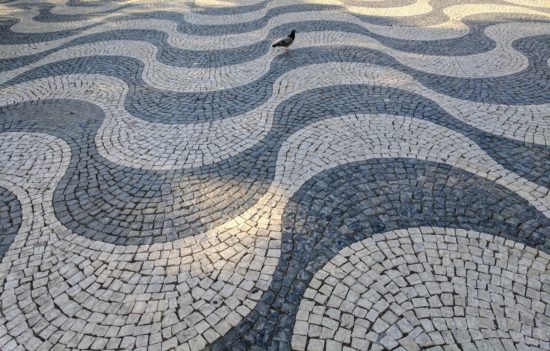 The waves of the sea on the tiled pedestrian promenade.

Whenever possible we take public transportation to get around wherever we find ourselves.  We rarely will rent a car because we don’t want to deal with traffic, figuring out the rules of the road and worst of all, parking.  If we can’t get somewhere by our own two feet, then we’ll hop on a bus, a street car or the metro.  If absolutely necessary we’ll catch a taxi.

The Lisbon metro system offers good public transportation to just about anywhere in the city.

Lisbon, while as I said is quite pedestrian friendly, is a large city and there are times when one needs to hop on the metro.  What we appreciate about Lisbon’s public transportation system is that the different modes of transport are all interconnected.  When we arrive by plane, we can hop on the metro right at the airport and head to pretty much anywhere in the city.

The metro also travels to the Oriente Train Station where we can board a train bound for Porto, or anywhere in Europe.  It’s super easy.  The train station is huge and takes a little patience in navigating.  But, now that we’ve arrived/departed several times, we find it to be user-friendly. 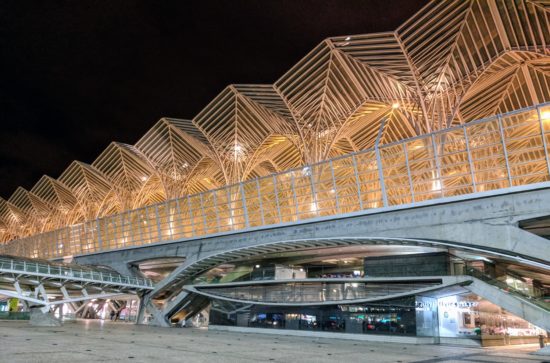 What we especially appreciate is just across the boulevard from the Oriente Train Station is a large shopping mall, a variety of eateries and hotels.  It’s the perfect location in which to stay if you have an early morning flight out of Lisbon.  Walk to the train station, catch the metro and whoosh, you’ll be at the airport in just a few stops.

When I think of Lisbon, I think of the city as being the gateway to Europe, but I also think of Lisbon as an excellent travel destination that offers visitors a memorable experience.  So, what are you waiting for? 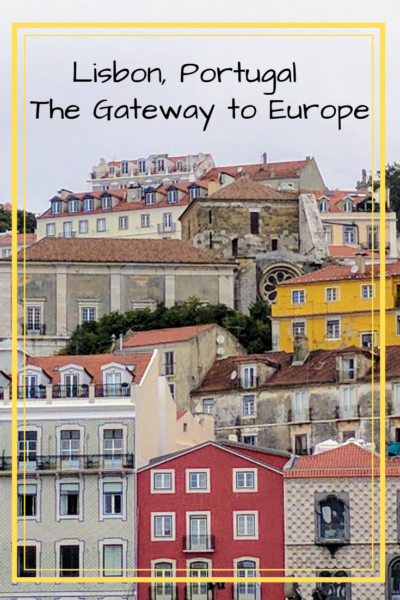