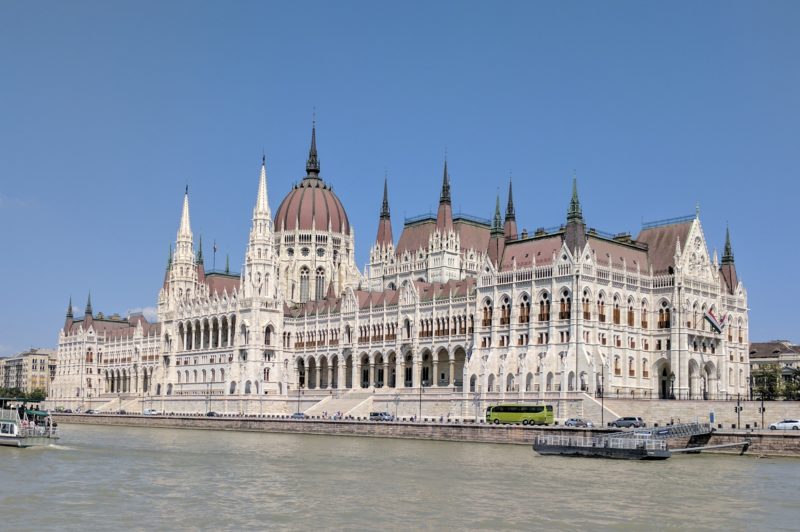 There were days in Budapest that I swore the rubber soles of my shoes were melting into the pavement as each step became more and more challenging; as if I had wads of gum stuck to the bottom of my shoes.  A global heatwave named Lucifer enveloped Europe and it caught up with us the day we arrived in Budapest.  We could feel it as soon as we stepped out of the Keleti Train Station.

I will forever more remember Budapest as being fairy-tale beautiful and hellaciously hot.  So damn hot that it made sightseeing an exercise in fortitude.  An exercise I failed miserably as I don’t do well in extreme heat.  I think if it had been up to me I would have never left he air-conditioned apartment, but fortunately, Abi held me up and we carried forward to see the amazing city.  We learned to get up and out early, hide out in the highest temps of the afternoons, and then venture back out after the sun set.  It was still hot, but survivable. 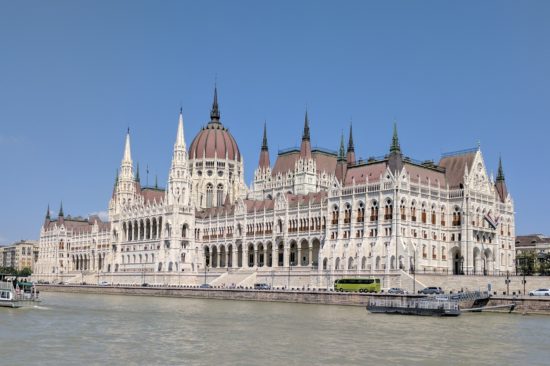 Budapest Parliament Building on the River Danube – really quite spectacular, isn’t it?

We wouldn’t mind returning to Budapest in early spring or late fall in an effort to experience the city without feeling as if we were eggs frying on the sidewalk, but I don’t believe you’ll find us in Budapest again during the summer months.  But, with all of that being said, did we enjoy Budapest?  Absolutely!

There were definite moments in Budapest that captured our hearts.  The sunsets were stunning and a night boat ride on the Danube is not to be missed as the lights are dazzling and definitely fairy-tale worthy.  And, it can be said that even on the hottest of days, the same boat ride during the day can cast a welcome breeze. 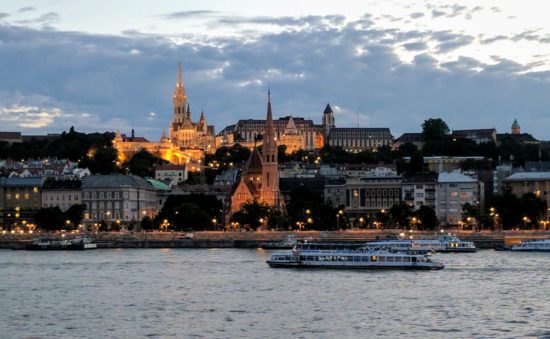 The History of Budapest

The history of Budapest is a key piece of the puzzles when it comes to exploring the city and recognizing the impact of Nazi Germany, followed by decades of the Soviet occupation of Hungary.  In 1989 the communist rule came to an end and Hungary to this day is finding it’s way.  We picked up bits and pieces of the country’s history as we explored, but it’s long and complicated and there’s only so much one can absorb without seriously diving in to the history books – or Google.  Budapest is a city of living history.

The Dohany Street Synagogue was definitely an unexpected highlight.  I should insert here that Hungary does not use the Euro even though it is a member of the EU.  They have what I like to call a monetary system that has 5,000 of something that only equals maybe 50 cents.  I don’t even try to understand it, I leave that to the CFO of our little organization.

But, when it’s hot as hell and you just want to get inside because foolishly you’re hoping it might be cooler, you pay the admission fee without really thinking about it, only to discover that you just paid about $27 to visit a Synagogue.  No disrespect to the synagogue but holy crap! Sometimes though, it’s good not to know too much because had we not paid the price of admission, we would have missed so much. 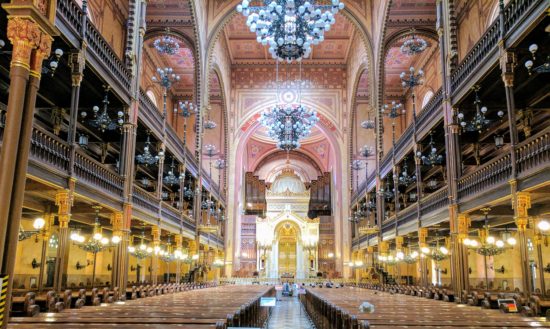 Along with the pricey admission ticket came a “free” guided tour in English – and pretty much any other language.  But here’s where we let go of how much it cost to enter the synagogue because our guide was wonderfully personable, knowledgeable and spoke from his heart. He not only explained the history of the synagogue, he told of the impact of Nazism on Hungarian Jews, but also the story of his family.

After the liberation of Hungary, by the Soviet’s, our guide’s great grandfather destroyed all of his family’s documents – i.e. birth certificates, etc. – and he joined the Communist party out of fear that history would repeat itself.  He wanted to protect the future generations of his family and because of this, our guide did not know he was Jewish until he was 15 when his grandmother revealed the long-held family secret.   Take that in for a moment. 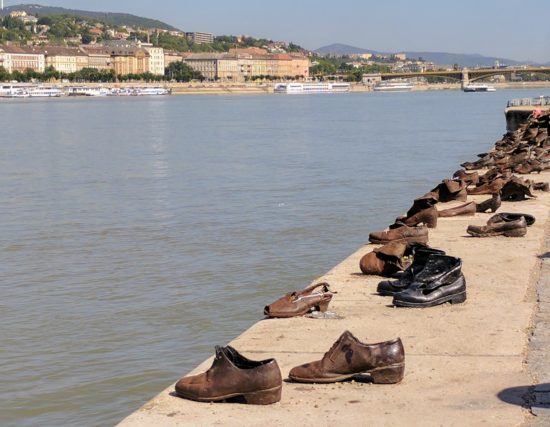 The Shoe Memorial – honoring those who fell victim to the Arrow Cross Militia.

We knew of the shoes through the writings of others and it was definitely a must see for us.  While on tour in the synagogue our guide told us the story of the shoes. During the Nazi occupation Arrow Cross Militiamen would force people from the ghetto and march them to the banks of the River Danube, at which time they were made to remove all of their clothing.  Randomly shooting some of those lined along the bank, the murdered bodies fell into the river, while those remaining watched in fear.  It was a common practice, psychological warfare.

The shoe memorial was erected in 2005 and although it is simple in design, it is powerful beyond words. It was a moment that will stay with us forever. 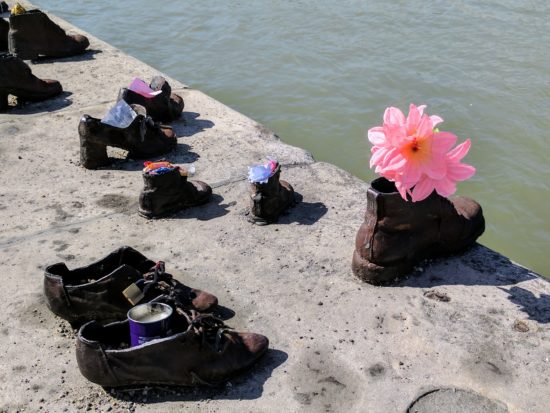 Sweet little tributes left in the shoes, there were pieces of candy in the child’s shoes, it just breaks your heart.

What I find mind-numbing is that history continues to repeat itself. Society seemingly never learns from past tragedies, at least not having learned enough to move forward in peaceful acceptance.  This is what travel teaches us.  I can read about the shoe memorial and memorize the facts, but to actually stand alongside the River Danube trying to imagine the horror that took place in that very spot is a lesson well-learned.  As the global daily headlines report of continued bigotry and hate, it just drives home the point that history does indeed repeat itself.

But I digress.  Budapest is all kinds of fabulous.  If you find yourself with an opportunity to visit this city don’t pass it by.  Just check the weather forecast first!

We were media guests of:  Budapest.Com 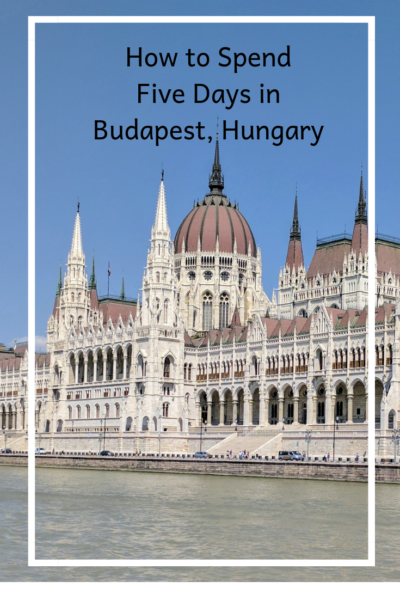