After setting up camp in our 3-month rental house, in our new life in Ashland, OR, we had several weeks to call our own before we took ownership of what is now our B&B.  We took care of a few matters of business and spent time scouting out our new town.  When the time was right we packed our son’s car and drove it across country.

No Juice, No Lights, No Nothin

He relocated to Washington, D.C. in the fall but had not yet figured out a way to get his car. We had time to kill and needed a vacay, so we hit the road.  Well, almost.  The car was packed, key in the ignition, turned it over and nothing.   We got nothin; no juice, no lights, no nothin.  Hop, skip and a cable jump later and we were off.  I confess it took me about 48 hours on the road to be convinced we weren’t going to be stranded somewhere.  Have you ever traveled eastern Oregon?  If so, you know of what I speak.  There ain’t nothing out there.  Anyway… 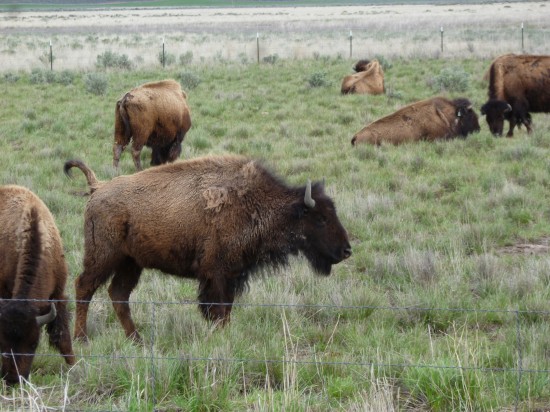 Nothin but buffalo in eastern Oregon

We drove across country in about 10 days staying just a day or two ahead of the storms and tornadoes that ripped through the midwest that spring.  We spent a blistering hot week in Washington, D.C. and then flew back to Oregon.  Since we had previously driven Route 66 from Chicago to CA by way of the southwest, we decided to take the northern route for this trip. We left in mid May, the 17th I think, and while we thought it might be chilly, but not too bad; at the last moment we each grabbed a sweatshirt and tossed it in to the back of the car.  I have never been so grateful to have a sweatshirt with me – ever. 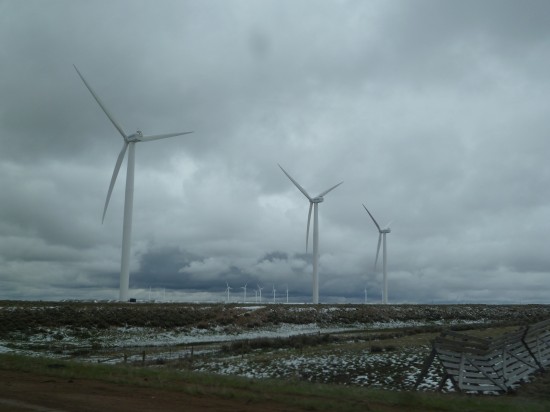 Apparently, it does snow in May – in Wyoming!

There were a few serious reasons as to why I wanted to drive the northern route; one in particular – Mt. Rushmore.  You know how you just have some things you want to see, in your lifetime?  Mt. Rushmore was one of mine.  We arrived in Rapid City, SD to wet, gray evening skies and my worst fear was possibly going to come true.  It was looking as if we wouldn’t be able to see the monument through the clouds.  But the next morning, Mother Nature, while wreaking havoc in other parts of the country, granted us a reprieve from the weather.  It was cold, but it didn’t rain. 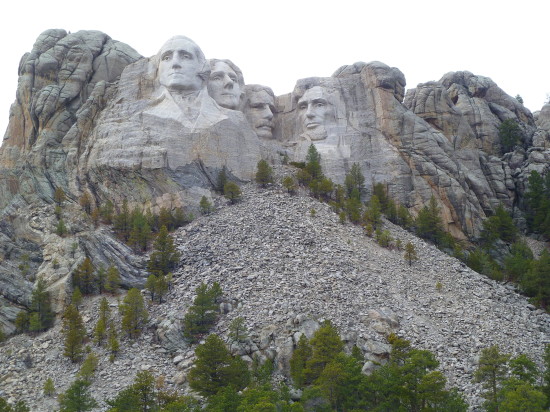 Ya Gotta See It to Believe It

Mt. Rushmore is one of those – ya gotta see it to believe it – kind of places.  We spent a good three hours at the monument, seeing every angle we possibly could.  There is a great visitors center where one can push an explosive plunger to get the feel of blowing up granite. Also, there is a boardwalk hiking trail that takes one through the wooded area around the base of the monument.  The trail walk allows a multitude of views of the faces, and the artist studio is a really interesting place to visit as well. 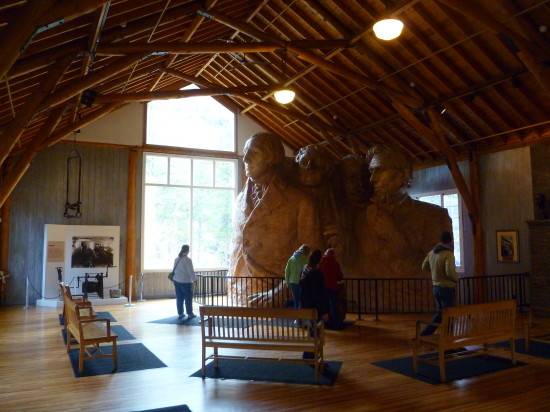 Inside the artist studio at Mt. Rushmore

And of course, who doesn’t remember the classic scene of Cary Grant in North by Northwest escaping the bad guys over the face of Mt. Rushmore?  One of the best classic film endings – ever.