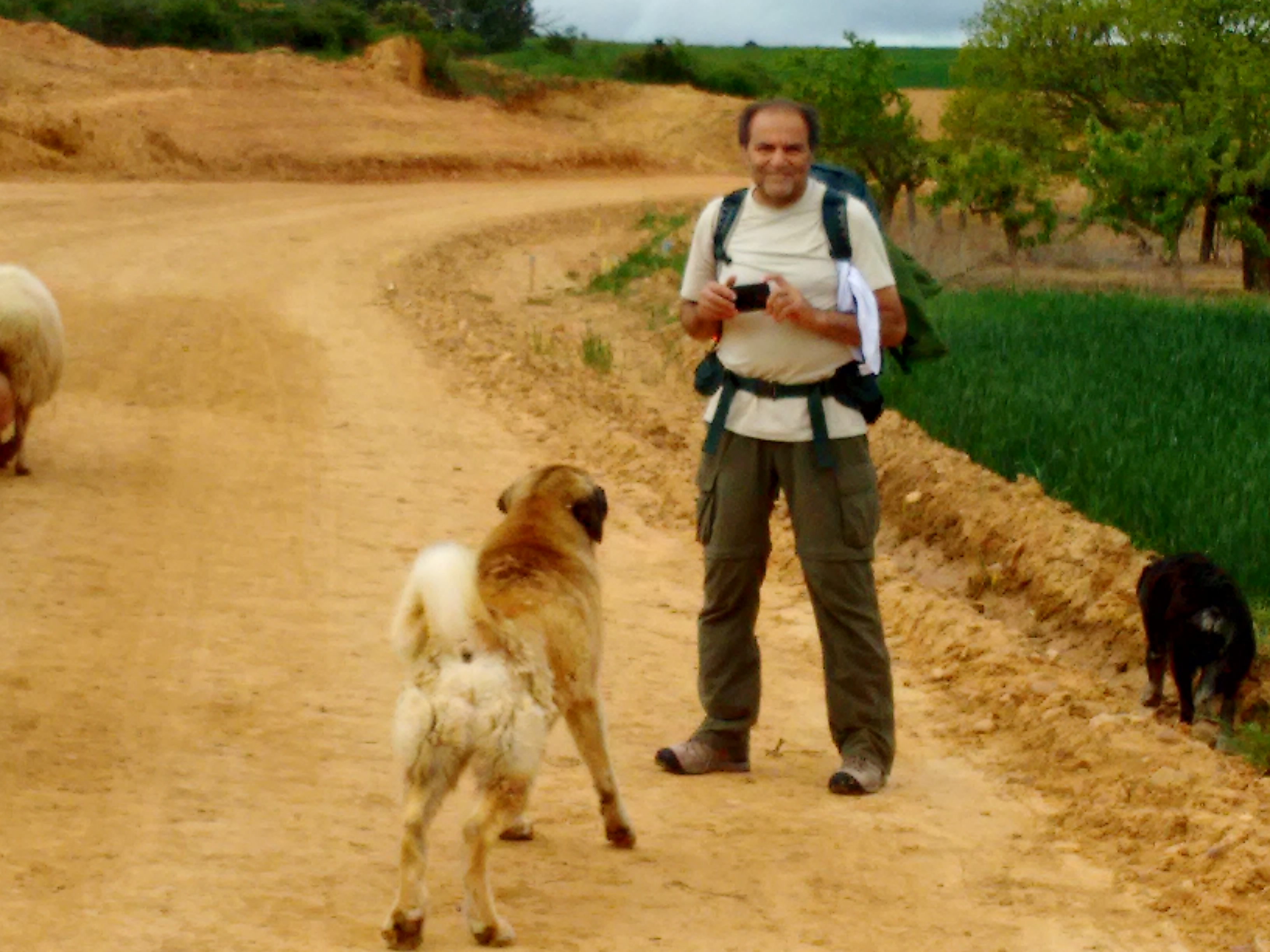 For a multitude of reasons we hopped a bus out of Leon to a sleepy little village about 19 miles outside of the city, our next planned destination.  We stepped off the bus and quickly realized the entire town was closed up tight because May 1 is a major holiday in Spain – didn’t see that coming.

From Leon to Astorga

It was only noon and we were thinking what the hell are we going to do all day?  Adding to our quandary, we discovered our booked hostal was attached to a gas station.  The day was shaping up to be less than grim.  Is that even possible?

With fingers crossed we approached the desk clerk – at our gas station lodging – and asked if we might cancel, apologizing for the short notice.  Now there is no way in hell Booking.com would have let us cancel without charging, but when you smile and ask nicely – in person – well, there are nice people in the world.  By 1:00 we were on the trail to Astorga, a really late start but we were in no hurry. 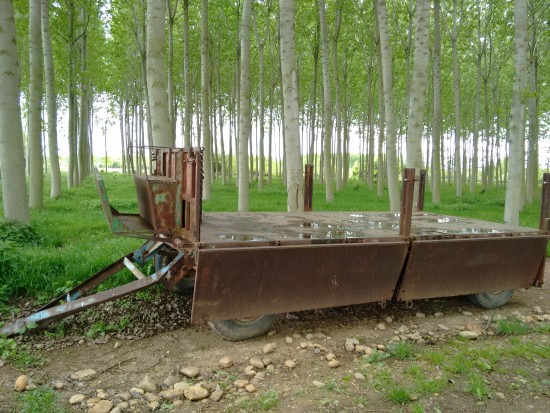 We walk by many tree farms. This one struck me as particularly pretty.

Hoping for the Best

We are not blow with the wind kind of people. We like knowing what’s waiting for us at the end of each day, but we set off for Astorga and hoped for the best, once again forgetting May 1 was a holiday.

The walk was beautiful. Gray drizzly skies, perfect for walking/hiking. We noticed subtle changes in the landscape, with soil the color of sunsets. 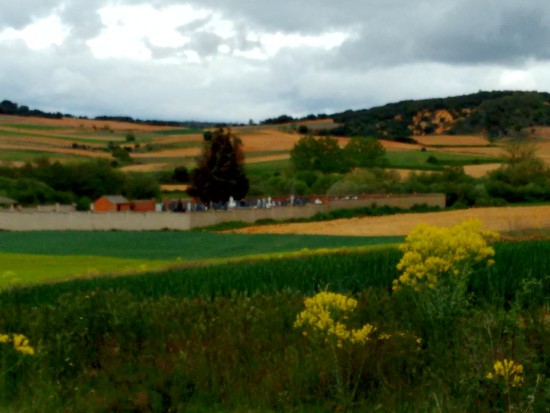 Subtle changes in the landscape.

Sheep on the Camino

We met a new group of pilgrims on the Camino de Santiago and they absolutely made our day! It was way too much fun to walk and talk with them.  If you want to get up close and personal with a country, it’s people and culture, walk across it. You will learn something new every day. 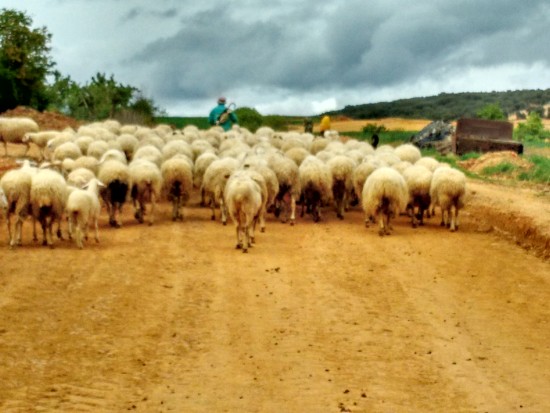 A bit stinky, but a fun group of pilgrims. 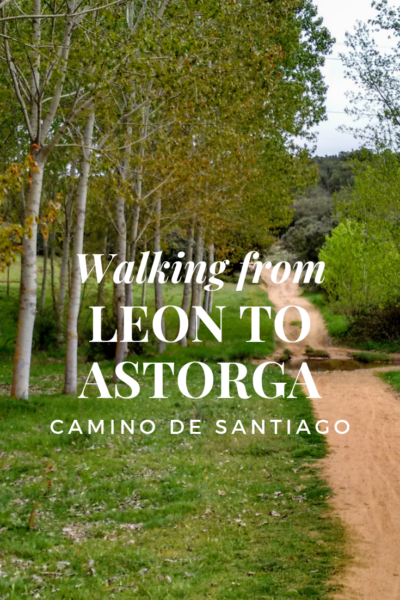 We walked in to Astorga around 6:00 p.m., tired and hungry and hoping to stay at the first hotel we saw.  Nope. Second hotel. Nope. Third? Nope. Every hotel we came upon was sold out.  We walked from one end of the town, to the other and then back again. We inquired at the municipal albergue but were told they only had beds in a BIG dorm room.  But, and here’s where it gets fun, she called the nuns!  Yep.  We spent the night with the nuns. Literally.  It was a convent, we would have never found it on our own as there is no signage. You just have to know.

A private room and bathroom, for 20 euros, and they could not have been sweeter. Not a word of English but we understood the rules; leave the key on the table, ring the bell to re-enter and everyone sleeps at 10:00 p.m.  The idea of the two of us sleeping in a convent made me giggle, but I loved it and I couldn’t help but wonder what Carl would make of it. 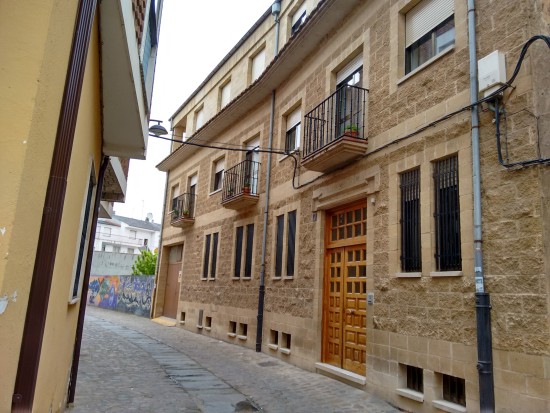 Since we were a day ahead of ourselves we had a play day in Astorga and who knew? Astorga! Beautiful cathedral to explore (very different than others we’ve seen), Gaudi’s Episcopal Palace and because it was a holiday weekend, we were gifted with traditional dancing in the town square. 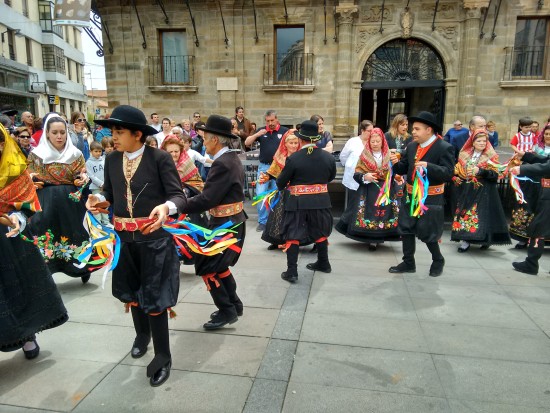 Dancing in the town square – fantastico!

We didn’t plan to walk to Astorga on day 20, nor did we plan to spend two nights, but like I always say, life is what happens to you while you’re busy making other plans.

We walked 10 miles (plus back/forth across town 3 times)