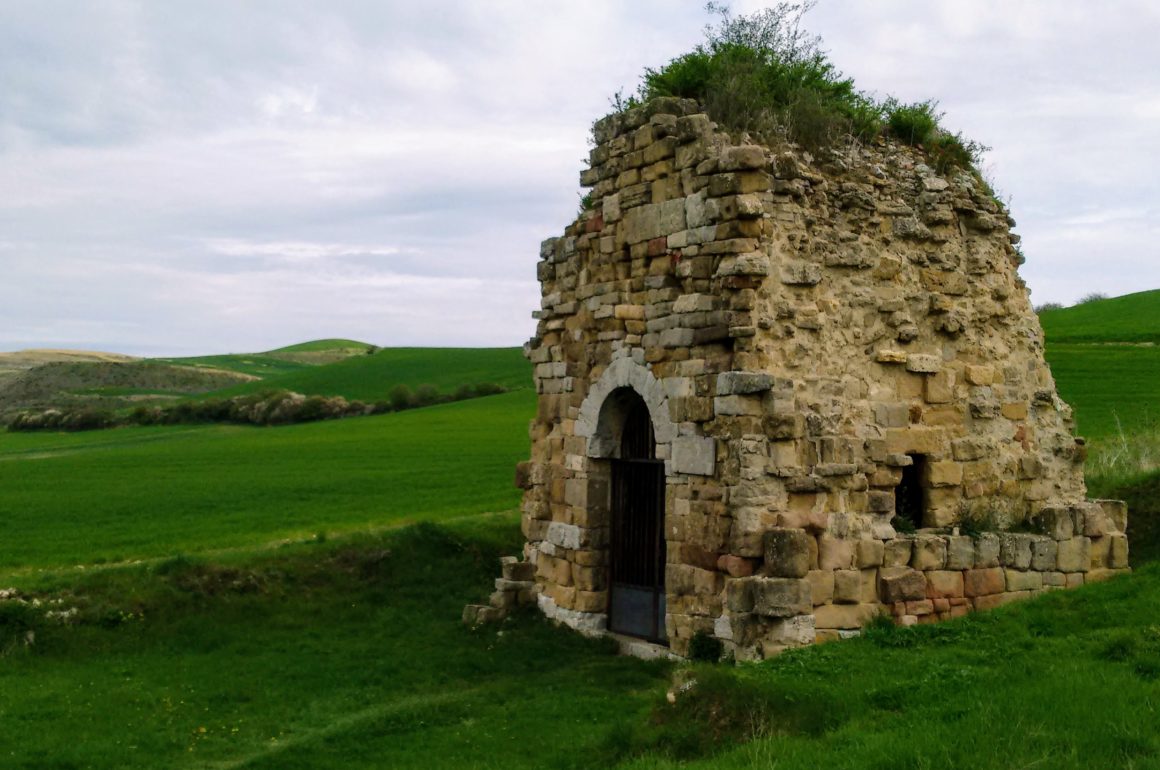 On the morning of day 14 of walking the Camino de Santiago, we had decided to ride the bus for about 15 – 17 kms, stop at a village alongside the highway, and then walk 4 kms to Atapuerca, our next planned destination. My feet needed a very short day.  As we were checking out of the hotel, in Villafranca, the desk clerk asked if we were going to have breakfast and we said, no, we have to catch the bus.

The owner of the hotel – who doesn’t speak a word of English – took me aside, showed me the bus schedule assuring me we had time to eat breakfast.  Eat breakfast he encouraged, it’s included (my interpretation).  He was so sweetly insistent we went to the dining room and wolfed down coffee, juice and toast.

Making our way out the door the owner said to us, come, come (again, this is all my interpretation) and he led us out a side door.  Ah, we said, gracias, adios!  No, no, you come, you come and he led us to his car and put our packs in the trunk.  Abi said, I guess he wants to drive us to the bus stop to which I replied, that’s ridiculous, it’s a block from here.

In the car, buckled up and off we go, but the next thing we know we’re headed out of town. From the back seat I asked Abi, um, babe, where the hell are we going?  He laughed and said, I have no idea.  He asked the owner, Atapuerca?  The entire time the owner of the hotel rattled on in Spanish and we just laughed. We could see the headlines, American Couple Kidnapped by Hotel Owner. 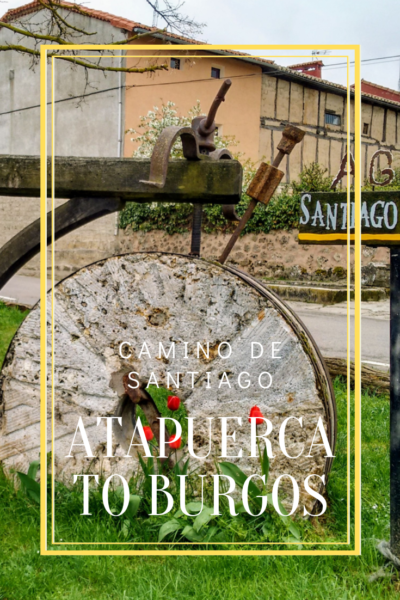 The Kindness of Strangers

That kind man drove us maybe 15 kms, pulled off the road, got our packs out of the trunk and pointed in the direction of our destination saying, you go, you go, Atapuerca!

We thanked him profusely and watched as he pulled away and continued down the highway. We figured out he must have realized what we wanted to do and since he was going in the same direction, he gave us a ride.  Might I add he drove like a bat out of hell, but why quibble over such a detail?

We were kidnapped by the owner of a hotel in Villafranca.  I know it will prove to be one of our favorite Camino stories.  As the saying goes, the Camino will provide.  Truer words were never spoken on this day. 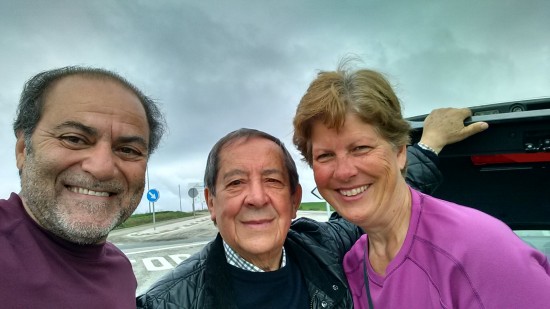 We were kidnapped by this sweet man!

Rain on the Camino

Day 15.  It rained today.  Actually, it rained most of last night and it rained most of today.  First it rained and then it rained some more. As a matter of fact a few hours ago it was hailing.  We walked the Camino de Santiago in rain. The first few hours were fun, in a wet soggy sort of way, but then it got kind of old and then it just got miserable.  Just to make it a bit more interesting, we had wet slippery rocks to contend with. 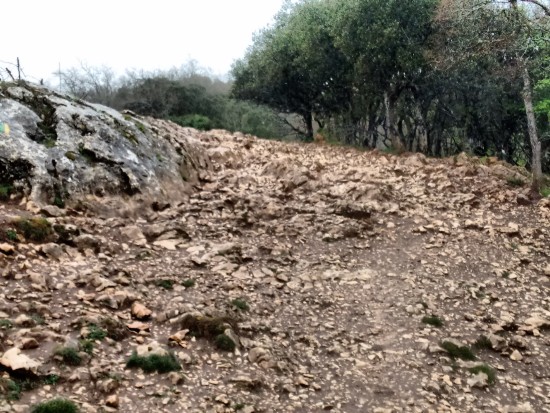 There’s a trail in there somewhere!

The valley floor wore a blanket of gray mist as we climbed our way out of Atapuerca, a tiny blink of a village that offered warm hospitality to pilgrims.  We enjoyed maybe half an hour of peaceful calm before the rain began to drizzle and then pour.  Being the smart pilgrims that we are, we dressed in full rain gear before leaving the Casa Rural and we passed by many a pilgrim quickly pulling out ponchos and such. The pour soggy souls who had no rain gear wore leggings of mud. 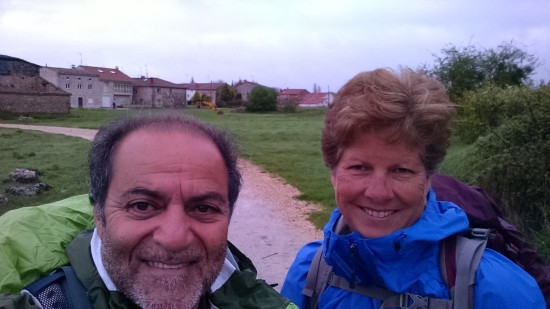 The morning calm before the storm.

We walked, we trudged, we slipped and slogged our way to Burgos and wouldn’t you know it, we came upon McDonald’s, looked at each other said, “Hell yeah!”

« Previous post
Camino de Santiago, Burgos to Leon
Next post »
Realities of the Camino – We Walk, I Blister