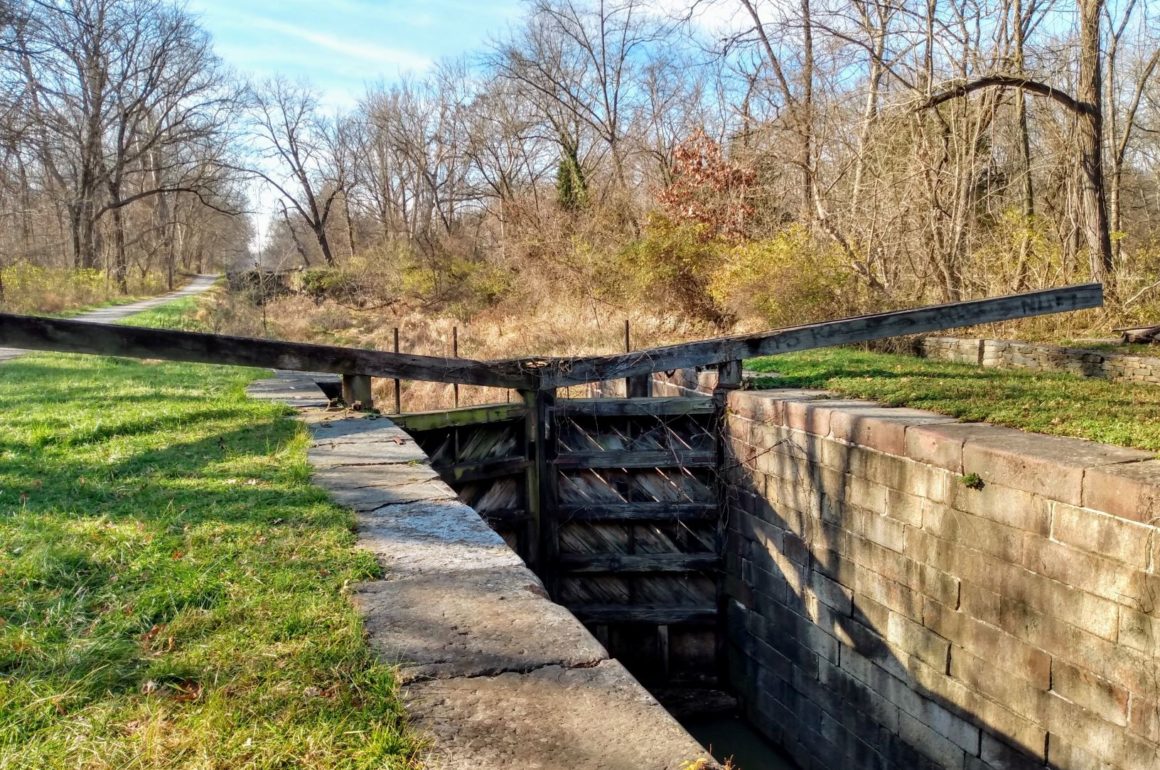 It was a day to go outside. The C&O Canal in the Carderock Recreation Area was the destination. Turns out, we also discovered the Billy Goat Trail along the Potomac River. As much as I love winter and long for a beautiful peaceful snowfall, we embraced the warm December day and headed out on the backroads of Maryland.

C&O Canal – A Bit of History

The best way I can describe the Chesapeake & Ohio Canal is that it was a man-made waterway on which cargo canal boats transported goods and coal. The original game plan was to construct a canal that would connect the tidewaters of the Potomac River with the headwaters of the Ohio River in Pennsylvania. A total distance of 185 miles.

Considering the canal project began in 1825, it’s extraordinary that so much of the canal is still standing. The canal is compromised of 74 locks, 11 stone aqueducts, 7 dams and a 3,000+ foot tunnel that runs through a shale rock formation. Of course that is a very oversimplified description. Suffice it to say it is well-worth visiting as it really was an impressive feat of engineering.

As I mentioned, the C&O Canal runs alongside the Potomac River. And, on the Virginia side of the Potomac River, one can visit Great Falls National Park. We visited the park back in 2017 (seems so long ago) and guess what we found?

This is an excerpt from our post about Great Falls:

The C&O Canal was significant to the economic growth of the region, and as such exploring the canals is well-worth the time and effort. If history isn’t exactly your thing, the Potomac River is beautiful and it is a great place to get outside for a big dose of fresh air and exercise.

Speaking of the Potomac River… while we were walking the towpath and exploring the canal, we came across the Billy Goat “C” Trail. Ya gotta love the name.

At just 1.6 miles it’s a fun trail that skirts right alongside the bank of the river. As we understand it, there are three sections of the Billy Goat Trail, A, B, and C. We found C. On our next outing we’ll be heading to the Maryland side of Great Falls National Park which is where sections A and B are located. Maybe we’ll see a Billy Goat on the trail!

I suspect, the name Billy Goat originates from the climbs in sections A and B, because C was relatively easy. There are a couple of spots where one has to do some rock hopping to get across little steams falling in to the river, but overall it’s a comfortable hike. It doesn’t get much better than hiking right alongside the Potomac.

So, did you figure out who started the original Potomac Company?