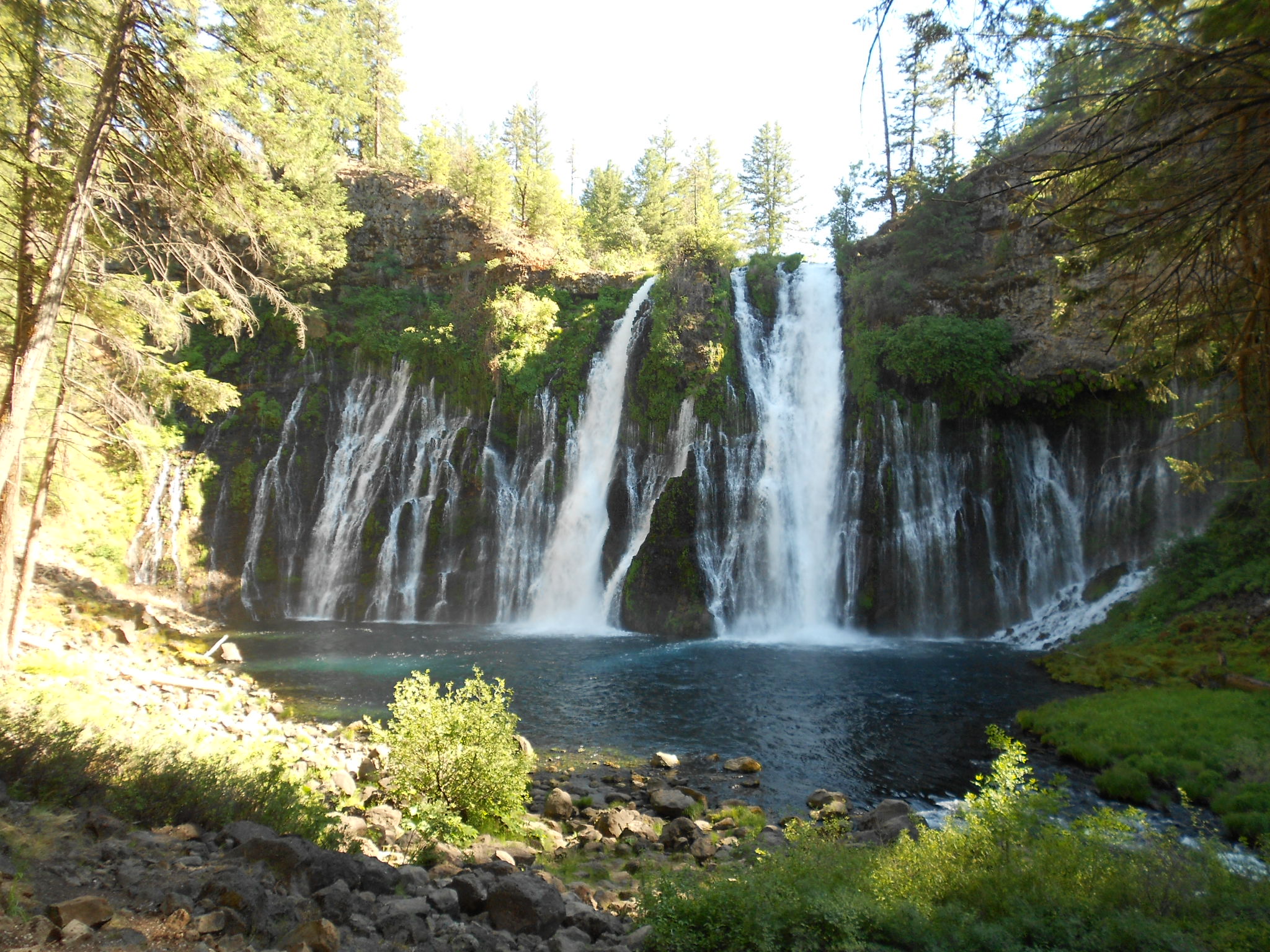 We pay the obligatory fee at the entrance to Burney Falls State Park, park and step out of the car and it hits us – we’re in the mountains.  What is it about mountain air and the smell of pine trees?  I swear the air has healing power and for me, it always brings about a big sigh of happy.

I can’t help but relax and take it all in, breathing the clean crisp air and if I’m really lucky not only is there the smell of pine, but also the smell of a campfire – is there anything better?  As we descended the trail we could hear the falls before we could see them – such a great sound – the thundering whoosh of water. 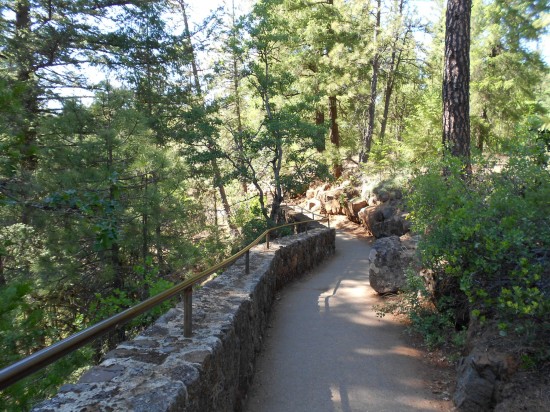 Heading down the trail

Put the Camera Down

And as we came upon the falls we did what I’m sure everyone else must do, we ooohhh’d and aaahhh’d and took way too many photos.  Often times I think we should leave the camera in the car in order to give our full attention to what we are seeing and hearing, rather than looking through a camera lens.  But, that would make for a pretty poor blog post, wouldn’t it?!  Instead, I snap a few photos and then put the camera down and purposely take it all in, the sounds, the sites and the changes in temperature as we get closer to the falls. 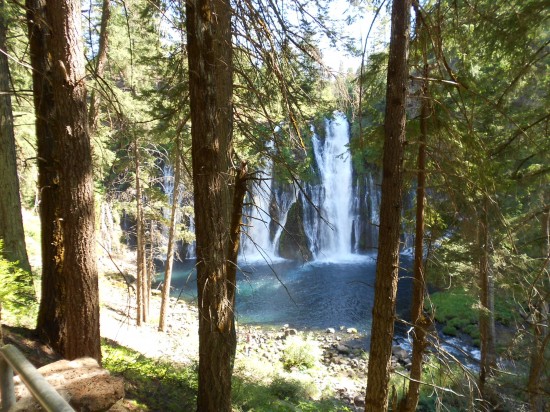 Our first view of Burney Falls

After taking in the wonders of the falls, we continued down the trail following Burney Creek.  And, as the old saying goes, a picture is worth a thousand words. 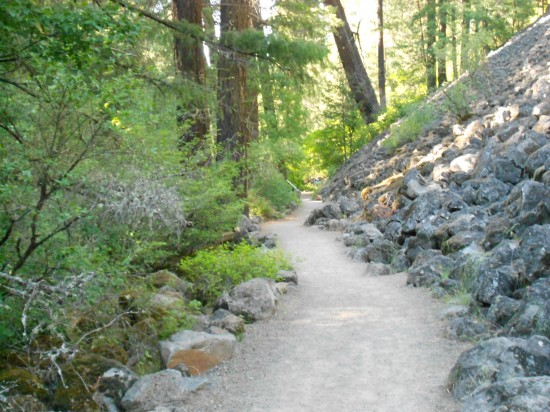 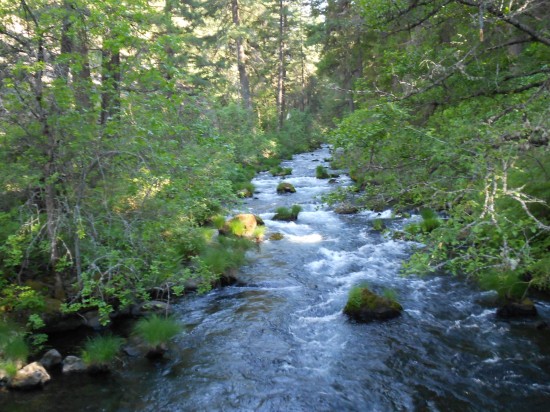 The view from Rainbow Bridge – so pretty! 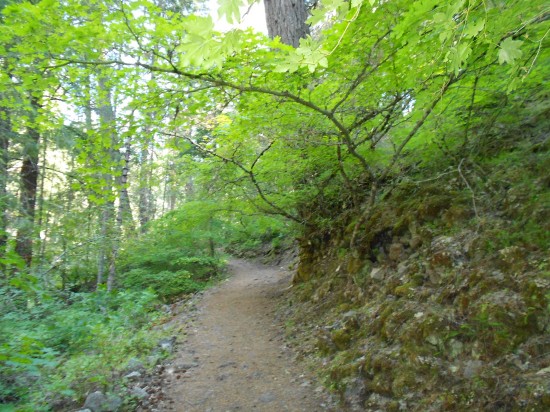 In Your Own Backyard

Its probably been at least 25 years since our last visit to the falls, a really long time and it kind of staggers my brain to even write that, but such is life.  It was a lovely return visit and we’re glad we made the effort.  Sometimes, it’s the little extras in life, such as a day trip to California (and going 50 miles out of your way to have a burger) that bring about a sense of adventure in your own backyard – or back road as the case may be. 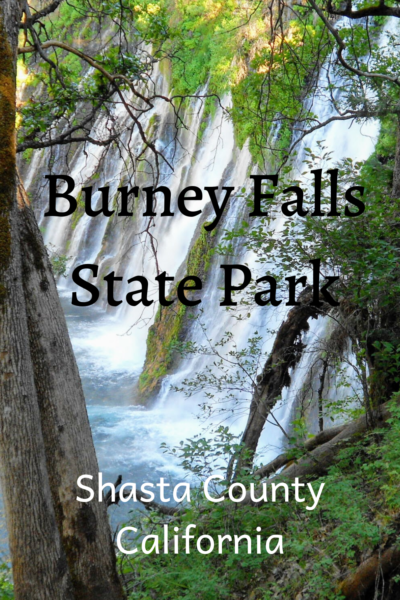 Burney Falls State Park is next in our series highlighting the Pacific Northwest.