A Little Bit of Hollywood Rolled into Town 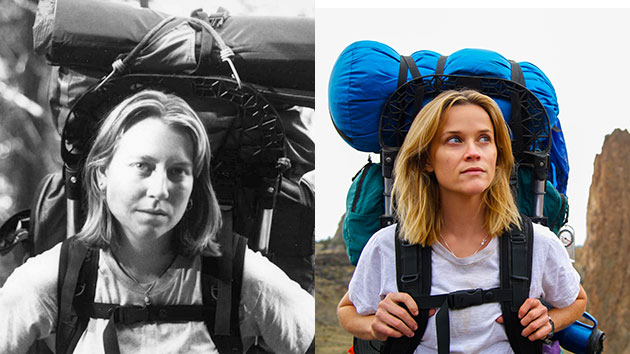 “The length of a film should be directly related to the endurance of the human bladder.”  Alfred Hitchcock

With conveniences such as Redbox, Netflix and microwave popcorn, it’s kind of hard to justify paying $20 for two people to see a movie in the theater.  Don’t you think?  But every now and then a movie will be released that just calls me to the theater.

The last time we were in a movie theater was back in May 2013 while we were still living in Ashland, OR.  We went to see the documentary, Walking the Camino, Six Ways to Santiago.  I left the theater completely committed to one day walking all 500 miles.  And guess what, we are just 3 1/2 months shy of taking our first steps on the Camino.

One day in October of the same year, 2013,  a huge film crew rolled into Ashland and pretty much took over the town’s central plaza for a couple of days.  I remember walking toward the plaza trying to get a glimpse of what was happening when a crew member asked us to bypass the area.  He explained that while they could not insist we not pass through, they were asking locals to be respectful of the process.  So….  we made our way around and came at it from a different angle.  There really wasn’t much to see but a mile long line of production trucks and trailers.  But it was fun, just the same, to see a little bit of Hollywood roll into town. 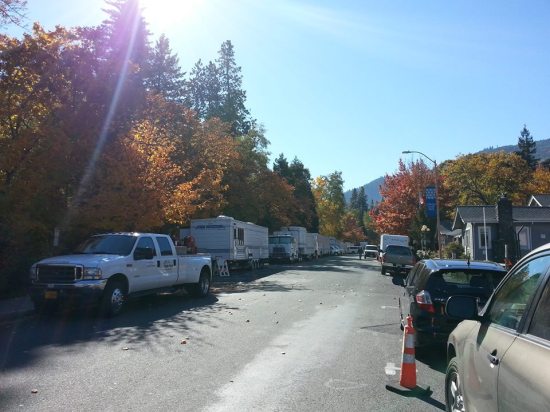 It’s been quite some time since I was lured to the theater.  This time, Wild, was calling me.  I just had to see it.  I didn’t read the book, Wild, because the life of an innkeeper – at least for me – did not lend itself to afternoons cozied up with a good book.  As it turns out, I’m glad I hadn’t read it because it allowed me to just sit back and enjoy the film for what it was without the inevitable book to movie comparisons.  And, it didn’t disappoint.

The movie stars Reese Witherspoon taking on the role of Cheryl Strayed who at 26-years-old recognizes her life is spiraling out of control and sets off to …hike her way back to the woman her mother raised.  In 1995, she spent 94 days hiking a section of the Pacific Crest Trail from Mojave, CA to just east of Portland, OR at the Bridge of the Gods.

As Cheryl hikes her way along the PCT, her story unfolds through a series of flashbacks which are often raw and graphic, and always deeply personal.  On the trail she carries a 75 lb. pack that she literally cannot lift, let alone carry, which makes for a humorous scene in the beginning of the movie.   But carry it she does, along with an unmeasurable amount of emotional baggage, both of which wreak havoc on her physically.  If you haven’t read the book – or yet seen the film – I won’t give away too much of the story.  Suffice it to say this is a character study of a young women who fought her way back after losing herself in some of the worst possible ways.

Reese Witherspoon bought the rights to Cheryl’s book and her investment in telling the story is brought to the screen in a powerfully raw and exposed performance in which she transforms herself. Already nominated for a Golden Globe, don’t be surprised if you see her nominated for an academy award as well.  Her performance is stellar. 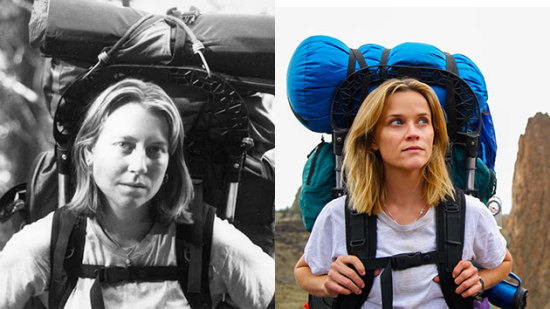 Having lived in southern Oregon for nearly 4 years, watching the Pacific Northwest serve as a backdrop to Cheryl’s story was an added bonus.  That part of the country is like no other.  And watching the scenes which were shot in Ashland, made us giggle.  Cheryl walked through Ashland when the newspaper headlines read, “Jerry Garcia Dies” and the town plaza was filled with flower children paying homage to Jerry’s passing.  The funny thing is, that’s Ashland.  Nothing has changed. And nothing ever will.  But it was fun to be there when a little bit of Hollywood rolled into town. 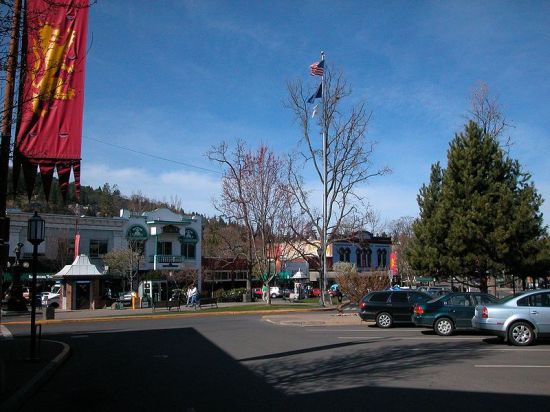 Note:  Wild is rated R for a reason.  The F bomb is dropped more times than not, there are sexually graphic scenes and drug use is shown.