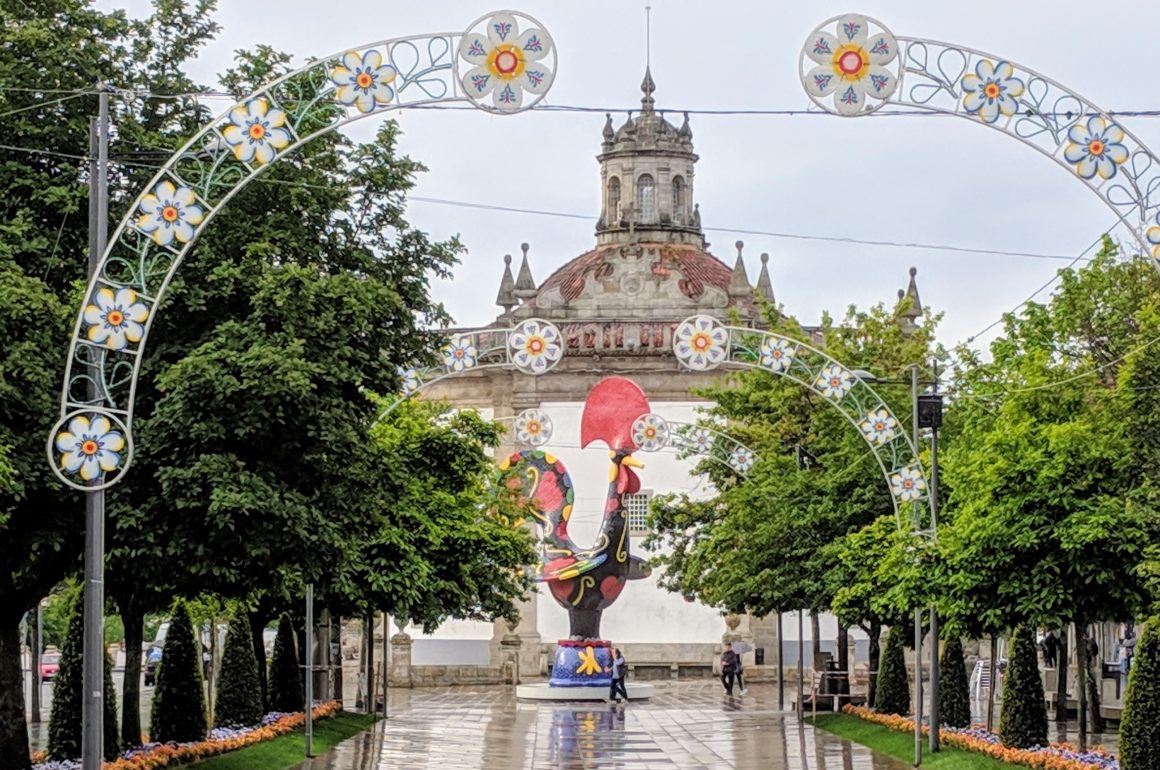 Porto to Mosteiro to Arcos

In an effort to bypass the industrial area of Porto, and the maze of trail markers that lead out of the city from several different directions, day one began with our transport out of the City of Porto to a sleepy little village, Mosteiro.  We found ourselves donning our rain gear at a small village farmer’s market. 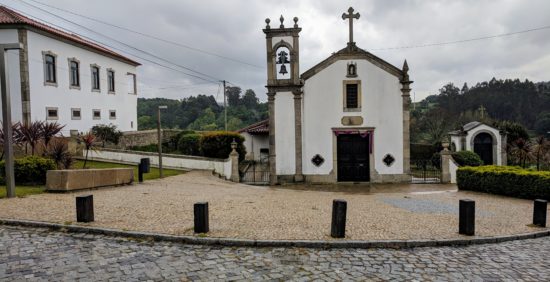 One of many churches we passed on day one. Note the cobblestone street. Charming? Yes. Fun to walk on? Not so much.

From there, we took our first steps on this our second Camino.  Dressed in full rain gear, we set off for Arcos, our first destination.  I have to admit I felt a bit smug dressed in my rain pants and hooded jacket whenever I saw someone wearing a poncho.  Ponchos tend to flap in the wind and do not keep one’s legs dry.  I’ve never understood ponchos, especially on the trail.

It rained, it drizzled, and it poured. All day. Not the most auspicious beginning, but a beginning just the same.  Our endurance was put to the test right out of the gate.  It’s the Camino. 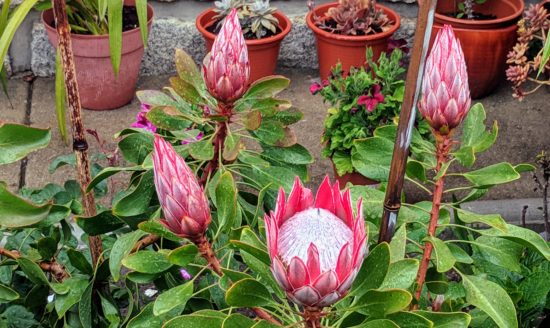 We learned these flowers are called, Protea.

Walking in the rain lent itself to daydreaming and thinking back to the first day of our Camino Francis.  We walked 16 miles on that first day which included climbing up and over the Pyrenees Mountains, through knee-deep snow and ankle-deep mud and water, with full packs on our backs.  The fact that we got up and walked again the second day was a testament to our personal resolve.

And, well, truthfully, I had told the world I was going to walk the Camino Francis so there was no turning back.  I remember writing that I felt as if I had given birth to a mountain. 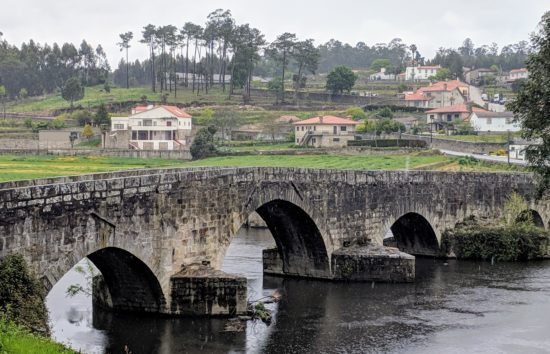 As we walked through the rain I realized I had nothing to complain about because in the big picture it was, as I said, infinitely easier.  Add in the fact that Portugal Green Walks transported our bags each and every day we walked… what’s a bit of rain?  Ha! If we only knew then what we were heading in to!  But on this our day one, we were happy pilgrims once again walking together.

Day two dawned with a blue sky filled with sunshine and puffy white clouds.  It did not rain on day two and I can’t tell you how much we enjoyed the nice weather.  Even when it’s raining, one can still appreciate the beauty of walking through the Portuguese countryside, but when it’s not raining…

Shortly after leaving our accommodations on the morning of day two we came upon a dairy farm and got a kick out of watching the cows for just a couple of minutes.  It was a tad bit pungent, but fun just the same and come on, who doesn’t want to “Moo!” with the herd? 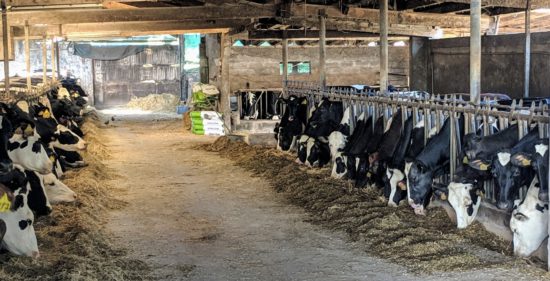 Primarily, we walked through agricultural land with a blend of forests and wild flowers.  It was nothing but green as far as the eye could see, and we especially enjoyed the Eucalyptus and Evergreen groves.  Our day was spent walking primarily on cobblestone, asphalt and a few muddy trails.  Funny, after you walk on enough cobblestone, even muddy trails start to look good! 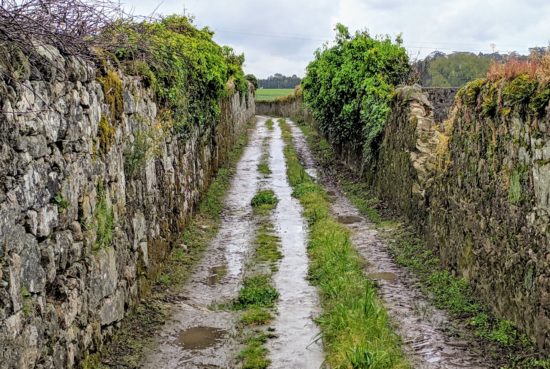 A bit muddy, but quite pretty.

The Legend of the Cockerel

If you’ve been to Portugal, no doubt you’ve seen cockerels (roosters) pretty much every where you go.  If you haven’t yet been to Portugal, trust me when I say there are artistic renditions of the cockerel everywhere.  I have my own tradition in that each time we visit Portugal one comes home with me. The big question is, do you know the actual legend of the cockerel, and how it is connected to the City of Barcelos, our destination for day two?

Here’s a brief summary of the legend as quoted from Visit Portugal.

“According to the legend, the inhabitants of Barcelos were very disturbed by a crime who’s author had not been discovered. One day a man from Galicia, who was suspected of having committed the crime, passed by Barcelos and was arrested. Ignoring his claims of innocence (he said he was on his way to Santiago de Compostela to fulfill a vow), as nobody believed him, he was condemned to be hanged.

Before he was executed, he asked to be taken to the presence of the judge, who was dining with some friends, and once again protested his innocence and nobody believed him. And then he pointed to a roast chicken on the table and exclaimed: “As surely as I am innocent will that Cockerel crow if I am hanged.”

And what seemed impossible actually happened. When the pilgrim was being hanged, the Cockerel stood up on the table and crowed. The judged rushed to the gallows and he saw that the knot of the rope around his neck was caught and thus prevented him of being strangled. He was released and sent on his way in peace.” 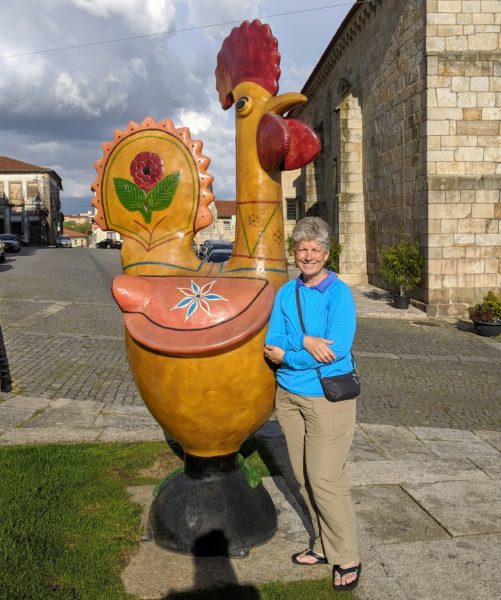 It a pretty great legend, right?  It’s a good story to know and love because Barcelos is all about the cockerel!  It was awesome!  Roosters were everywhere and in every size imaginable, including one that had to be at least 30′ tall.  When you’re tired after having walked 12.5 miles and you catch site of a ginormous colorful rooster, well… it’s the Camino.

And, by the way, roosters never know what time of day it is.  They cock-a-doodle-doo all day long. 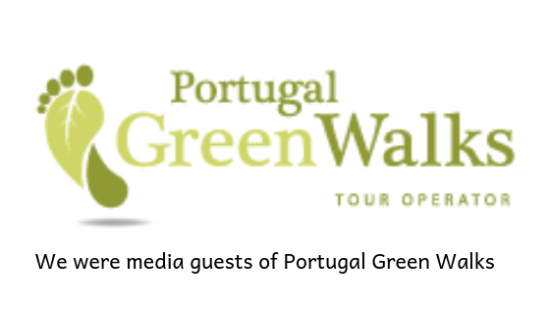 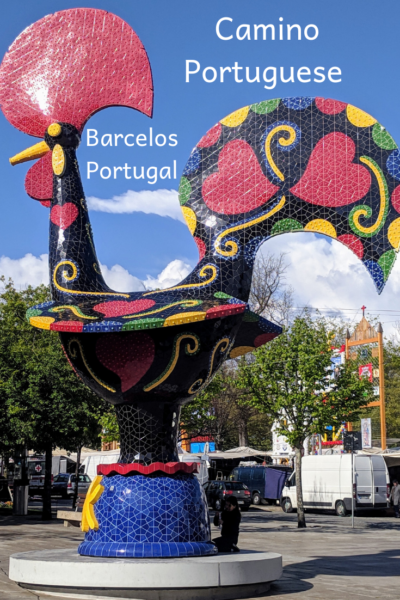