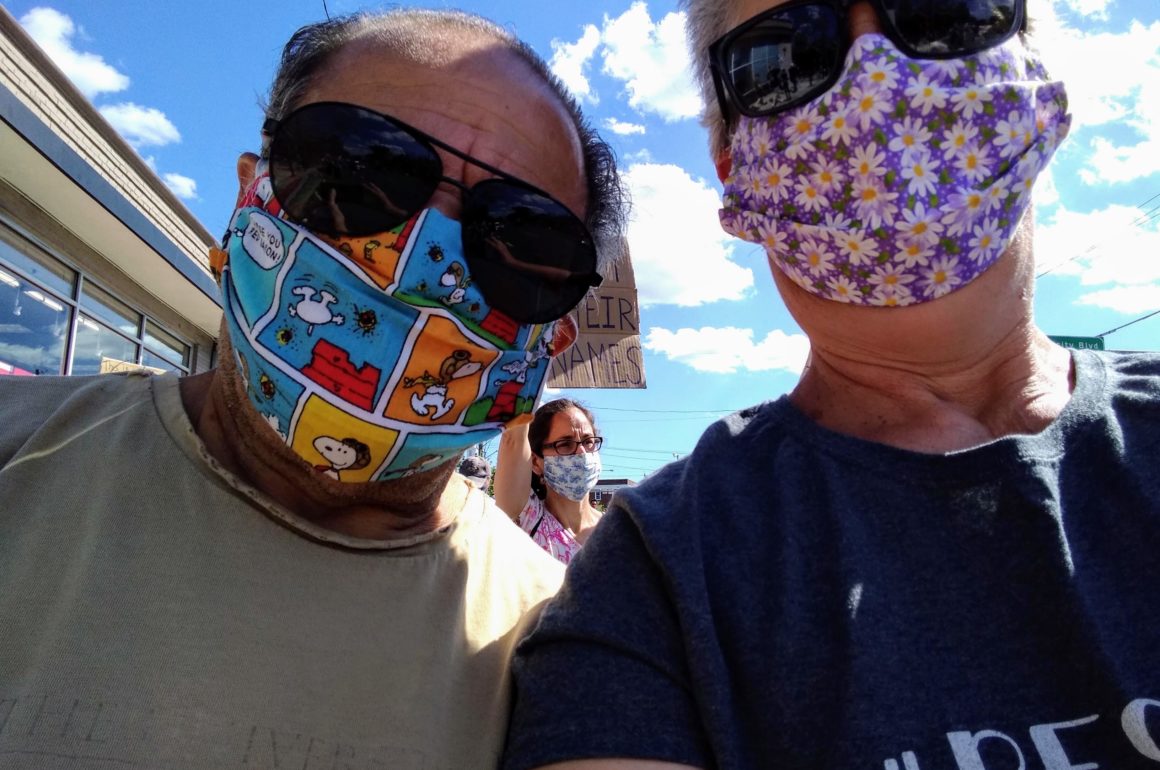 Headlines & Polls. Two days ago, on a beautiful Sunday afternoon, we put on what is now our new normal “outdoor” accessories and took part in a peaceful protest. What was supposed to just be a family-oriented neighborhood protest, grew bigger than anyone could have thought possible.

Yesterday, the headlines made me stop and take a second look. As reported by USA Today, the headline read: “Four in five voters say the nation is ‘out of control’ poll finds.”

Normally, I’m not one to put stock in polls. After the 2016 election when pollsters got it so wrong I took it to heart that I would never again listen to the polls. Or, if I did I’d take them with a grain of salt. And yet, this poll struck a chord with me. Because, I (we) feel it. The constant barrage of daily headlines is exhausting and inescapable.

To date, the death rate from COVID-19 has reached and gone beyond 113,000 deaths, while over two million cases have been reported. States have reopened and the number of new cases is soaring. We’ve seen unimaginable video of police brutality, videos no one should have to see. Yet, they need to be seen if voices are to be heard and change is to come. In that vein, people are taking to the streets in record-breaking numbers. The unemployment rates are higher than they’ve ever been since the great depression. And, of course, we are in the countdown to one hell of a presidential election.

We are still isolating and because of that we haven’t been able to join in the DC protests. What was supposed to be a family-oriented neighborhood protest grew to include over 1,500 men, women and children with police escorts and main thoroughfare lanes closed to traffic. It was a bittersweet moment in that people came together to make their voices heard, but this time the polls are spot on. The nation is out of control.