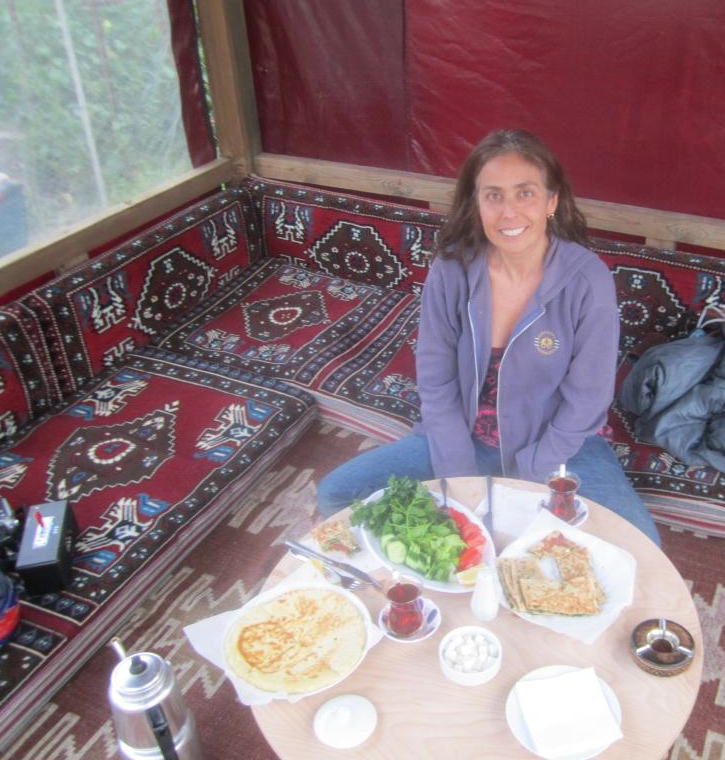 Hey Everyone ~  Meet Ellen.  She is an expat living in Antalya, Turkey.  Ellen has a passion for music, travel, life abroad and food, oh… and she has a passion for writing.  You can follow her blog at:  http://www.elleninturkey.com/  Lucky for us, Ellen has shared a traditional lamb dish, Ali Nazik. 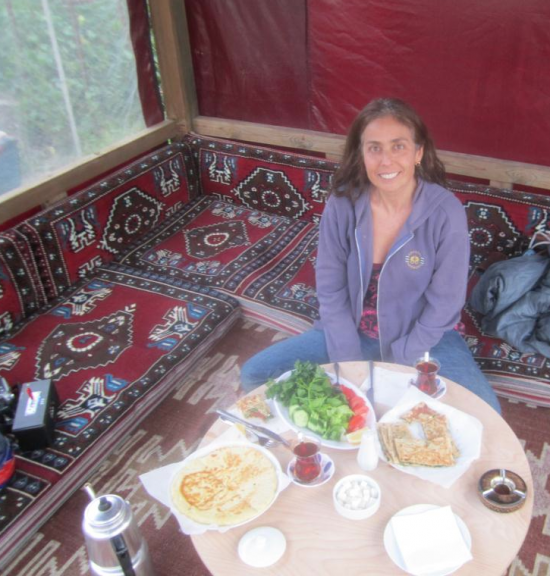 Ellen’s words:  One of my favorite dishes in a traditional Turkish restaurant is Ali Nazik, named after the chef in the Southeastern city of Gaziantep, one of the oldest cities in Turkey.  There are many versions of this recipe, including some where the meat mixture is simply ground beef with salt and pepper. But I believe the original Ali Nazik (and what is served here in Antalya) calls for small chunks of seasoned lamb.

Ali Nazik has three components: the smoked roast eggplant puree, the yoghurt with garlic, and the meat mixture.

The time-intensive aspect of the recipe is roasting, peeling, cleaning and pureeing the eggplant. A modified semi-homemade version substitutes a jar of smoked eggplant. In fact, if you go with the ground beef version you can throw this together in a few minutes: warm up a jar of roasted eggplant, stir some chopped garlic into a cup of yoghurt and saute the ground beef with salt and pepper. Assemble with the eggplant on the bottom, the yoghurt sauce in the middle and the meat op top. Voila – Instant Turkish home cooking! 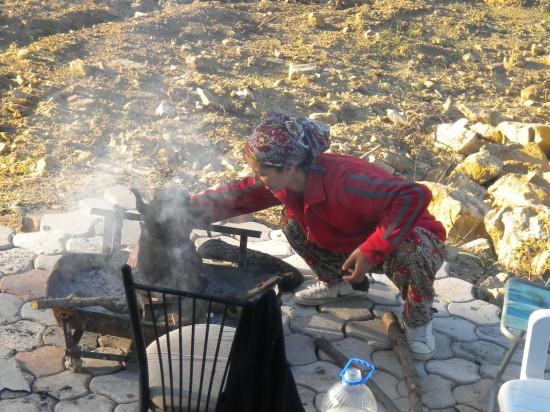 If you want to make Ali Nazik from scratch, here’s a traditional recipe:

1. The eggplants should be roasted whole on a charcoal grill. In an indoor kitchen this can be simulated by roasting them directly on the gas flame. In the case of an electric stove, throw them in the oven and broil them.

2. After about 15 minutes the eggplants should be black on the outside and soft on the inside. Peel them and discard the seeds. Mash the pulp with salt and pepper.

3. While the eggplant is roasting, saute the lamb cubes in butter, seasoning with salt and pepper and either sweet or spicy red pepper. If you like, you can add a dash of cumin.

4. Chop two garlic cloves and stir them into the yoghurt. When the meat is cooked, assemble: eggplant, yoghurt, meat.

5. Garnish with tomato slices and serve with rice pilaf and flatbread.

**  Ellen didn’t have a current photo of her completed dish, so to see the finished plate please click here to a Flicker image: