Their First Dose of Travel in the US 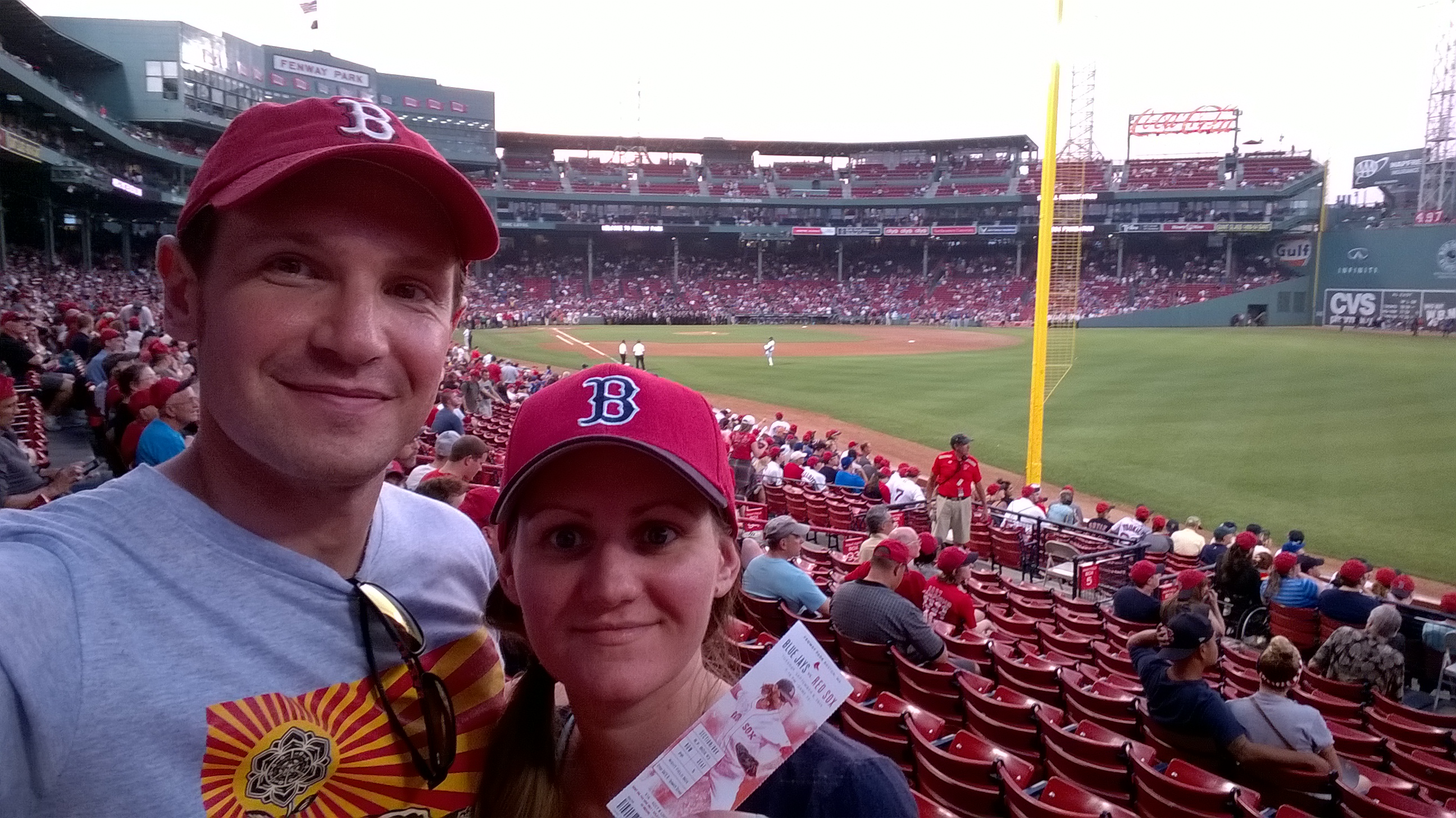 I first introduced you to Amy and Andrew just shy of 3 years ago, February, 2013.  They were gearing up to take off to travel the world indefinitely.  Honestly, I don’t even remember how I first came upon their blog, Our Big Fat Travel Adventure, but I did and there was just something about the two of them that touched my heart.  Fast forward to December 2015 and our paths happily crossed in Washington, D.C.  It really is a small world.

As soon as I knew Amy and Andrew were going to spend 3 months in the US, I knew I’d want to interview them after the fact.  How often do we get to talk with someone after they’ve had their first dose of traveling in the US?  Especially, with the current trend of insanity in an upcoming election year – and of course, the world climate of unrest.

I loved their honest and thoughtful responses to my questions and as it turns out, it is in fact really interesting to talk with some after they just spent 3 months road tripping through the US.

What made you decide to visit the United States?

After traveling and living in Asia for more than two years, Andrew and I were craving a complete change of culture and travel style. We felt we needed a break from the non-stop heat and humidity, the hellish bus journeys and beeping motorbikes in Asia, so we decided to spend some time exploring a totally different part of the world, one less humid and chaotic than Asia. Apart from a brief trip to New York City when I was 18, we hadn’t explored the USA, so it seemed to be the perfect choice.

Why the New England states?

I have dreamed of visiting New England since I started reading Stephen King books as a kid; his vivid descriptions of the rural and coastal scenery, particularly in Maine, had me spellbound. Autumn is also my favorite season, one that I missed while traveling in Asia, so I was keen to experience some famous New England fall foliage and there’s no better way to do so then on a road trip. 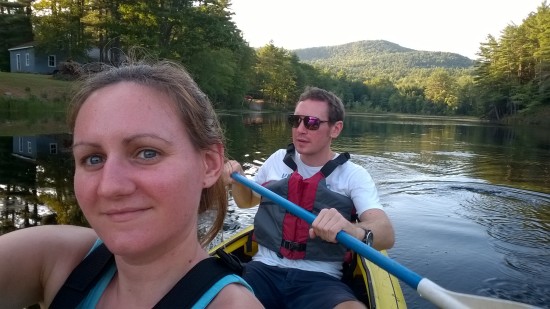 How long were you in the U.S. and which states specifically did you visit?

We were in the US for three months; two of those were spent driving through Massachusetts, Connecticut, Rhode Island, New Hampshire, Vermont and Maine. We also visited Niagara Falls and stayed with Andrew’s relatives in New York City for a week. After our New England road trip we bused down to spend a couple of weeks in Philadelphia and Washington DC. 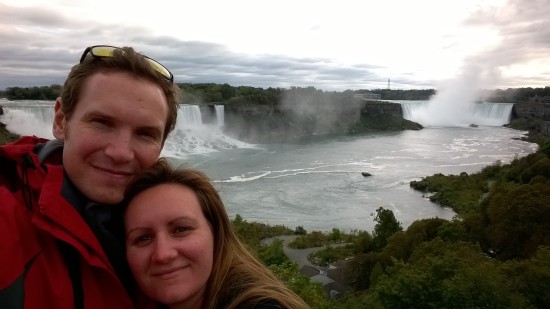 Coming from the UK what did you find similar/different about life in the US?

Obviously, one big difference is that there’s a lot more history in the UK than there is in the US. Cities felt a bit newer in America, full of skyscrapers and modern, glassy buildings but oddly, the metro systems in Philly and NYC were pretty run-down in comparison to the London Underground. We were slightly shocked by the amount of poverty we witnessed in US cities, particularly in Philadelphia. I felt like homelessness was more visible than it is in the UK and we noticed that many people begging on the streets, especially in Boston, were army veterans, which seems strange considering how much Americans seem to respect their vets. Another big difference we found was that America is a much more religious country than the UK.

We noticed lots of small cultural differences too; drive-thrus are huge in the US but barely exist in the UK and Americans seem to eat more takeaway and cook less than we do in the UK. We were taken aback by how friendly and open people were in the US compared to Brits, who can be a bit standoffish, and I’ve never had better service in shops and restaurants than we experienced in the US. Throughout our trip we had to get used to tipping and adding tax to meals and the huge portion sizes in restaurants. We loved the fact that fuel was so cheap in America and general living costs were lower than the UK; our US trip was a lot cheaper than similar trips we’ve taken in Australia and New Zealand. 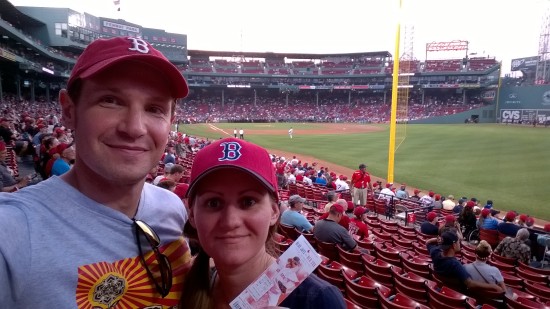 To me, outside of London, towns and cities in the UK have a virtually identical feel, with the same sets of shops, restaurant chains and cafes. In New England, however, we fell in love with the hundreds of tiny, unique towns which live off the seasonal tourist trade. We loved all the independent shops, the home-grown food and tight-knit local communities; everywhere felt really safe and we stayed in a few places which didn’t even have locks on the doors.

There are a few differences we struggled with in the US; we have strict gun control measures in the UK, so seeing people out hunting with guns in Maine really shocked me. During a tour of the Eastern State Penitentiary we were also surprised to learn that the US has the highest prison population, by far, in the world! Capital punishment is also an alien concept to us in the UK and something that I personally find disturbing.

In what ways did you find (or not find) travel in the US comparable to traveling in other countries?

We’ve traveled mostly in Asia, where journeys typically involve long, uncomfortable hours on buses crowded with vomiting locals and live chickens; when we lived in Vietnam we rode a motorbike through throngs of insane, beeping traffic every day. While I love Asia with a passion and miss the incredible energy and intensity of life there, I often found it a challenging place to be. The heat and humidity, dodgy food hygiene standards, language barriers, poverty and cultural differences in Asia can be difficult to handle. Pollution levels are shocking too; the air quality in Hanoi, where we lived for nine months, was terrible and we saw rubbish dumped or burnt in practically every country we visited in the region.

By contrast, the US was so easy to travel in; there was no problem with communication, we could drive around at our own speed in comfort and food was familiar, tasty and unlikely to cause stomach upsets. 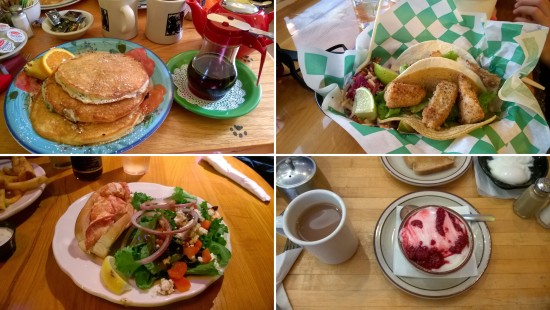 We found it hard to find affordable hotels in the US though and even hostels were usually out of our budget, so we relied upon Airbnb, which we had great success with (minus a brush with bedbugs in Philly). We loved that there were so many free attractions in the US and nature was so respected and well preserved; Acadia was the most beautiful National Park I’ve ever been to.

What were some of the highlights of your time in the US?

Vermont was definitely my US travel highlight. From the moment we arrived I fell in love with this beautiful state; the forests, mountains, rolling hills dotted with red barns and the golden foliage. Fall in Vermont was exactly what I’d been dreaming of. More than that though, I loved the independent, home-grown feel of Vermont, the farm-made cheese and maple syrup, the fruit and veg stands, the local businesses and home-made vibe. I loved the way people didn’t lock their doors, that neighbors all knew each other and people were so welcoming. Out of everywhere we went in the US, I felt Vermonters were the friendliest. 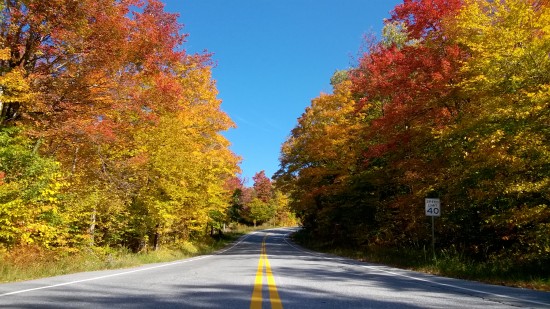 I also loved our time in Maine where we went hiking in Acadia National Park, drove for miles along the jagged coastline dotted with lighthouses, celebrated Halloween in Portland and stayed in a rustic cabin in the woods. Other US highlights include spending our first Thanksgiving with Andrew’s relatives in New York City, exploring Boston, the Waterfire festival in Providence, visiting Newport, day-tripping on Martha’s Vineyard and cycling on Cape Cod. Obviously, meeting you and Abi while we were in Washington DC was a highlight of our trip too! 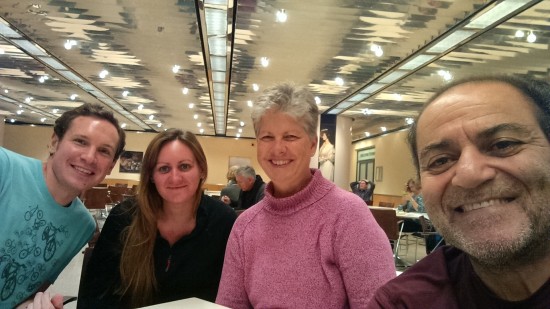 We spent Christmas with friends and family back in the UK, then house and cat sitting in London for the first three weeks of the year. At the end of January we fly to Spain, where we plan to build a temporary home base in Madrid to work and save some money. We hope to spend at least a year living, working and traveling throughout Europe, as we haven’t yet visited many major European cities like Berlin, Amsterdam or Prague. In the summer we have family holidays planned in Italy and Spain and who knows, we might even take on the Camino de Santiago in the autumn? The tales about your epic walk have really inspired Andrew and I!

I enthusiastically encourage you to follow Amy & Andrew at: