At the risk of repeating myself when I said I was pretty sure Zion National Park was not like anything else I’ve ever seen, I think I have to take it a step further by telling you that it may in fact be Bryce Canyon National Park that takes the prize.  Don’t get me wrong, I fell in love with the sheer magnitude of Zion, but Bryce is another world. 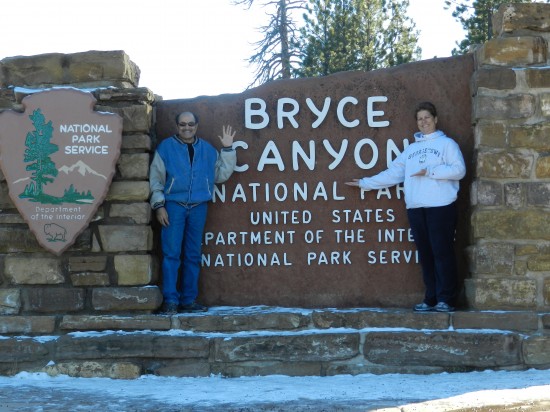 There is a legend told by the Paiute Native Americans that the legend people once roamed the earth and they could transform themselves in to different shapes, even people.  But for some reason the legend people were bad and so the coyote turned them to stone as punishment for their bad deeds.  Honestly, it was a pretty good explanation! 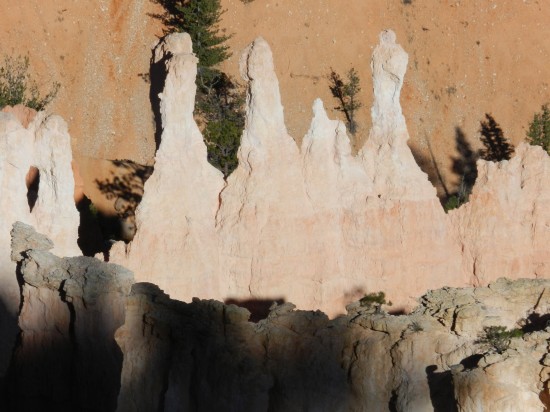 From Springdale, it is an 87-mile drive to Bryce Canyon National Park and interestingly enough, it is not actually a canyon but rather it is a 56-acre area of amphitheaters.  The drive from Zion begins by driving Hwy 9 through “the tunnel” and the back country of Zion that is just stunning beyond words.  It’s a drive from the bottom of the canyon up into the back country and it feels as if you’re driving through a lost time in nature. 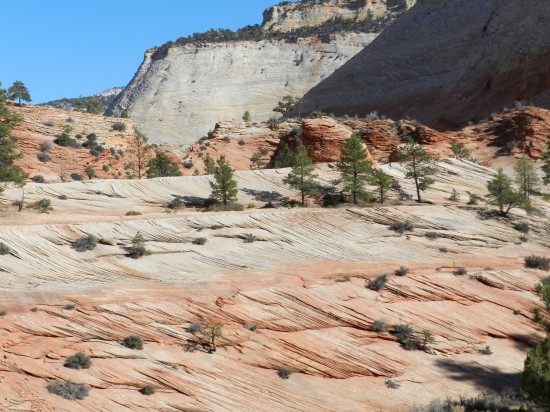 Zion back country – lost in time.

The area near Bryce is r-e-m-o-t-e, beautiful but remote.  Just outside of the entrance to the park there are two large hotels and a collection of stores, gas stations, etc., but that’s about it other than a few very small farming communities along the way.  Once inside the park our first stop was at the visitor center so we could get the best suggestions as to how to see the highlights of the park.  The ranger told us to drive about 17 miles to where the road ends and to an area known as Rainbow Point, elevation 9,115 with panoramic views that are beyond words.  Remember here, I’m the one with a pretty profound fear of heights so it was a bit overwhelming but just so spectacular! 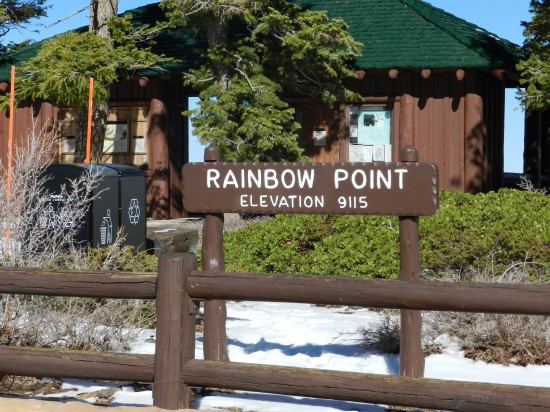 The first stop among many! 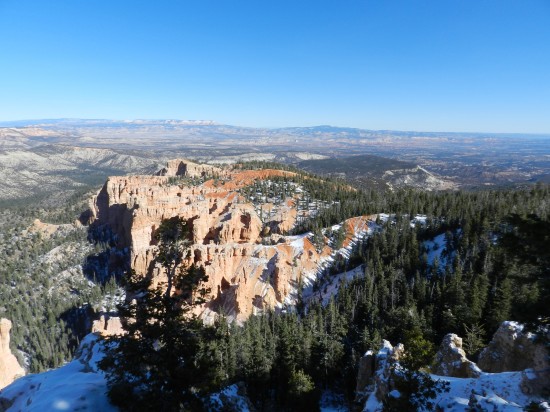 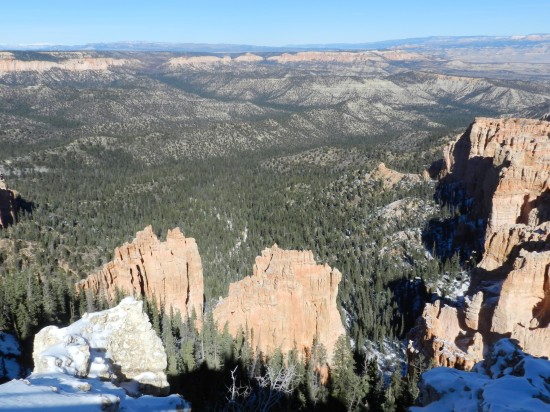 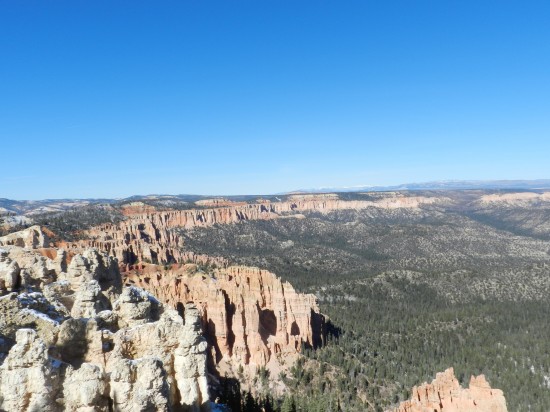 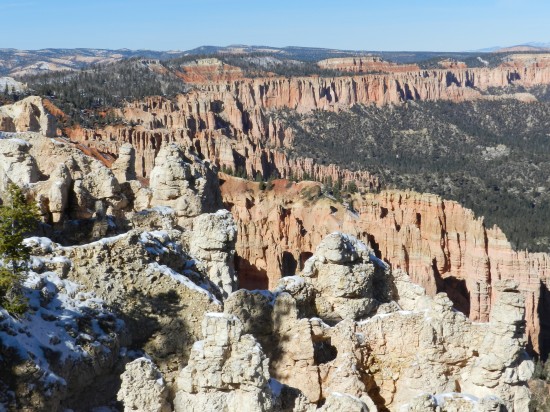 Once you’ve reached the end of the road at Rainbow Point, you head back the way you came but driving in this direction you can stop at multiple viewing points, which are all now right-hand turnouts (instead of turning across traffic on the way down) and much easier to navigate.  What’s fun too is that as you stop at each viewing point, you drop a bit in elevation.  You might think, well, how many times can you see the same thing…. but rest assured every view point has something different to see.  And since we’re talking about cliffs, I’m going to leave you hanging right here for just now… but only for a day or two as I have so much more to show you!