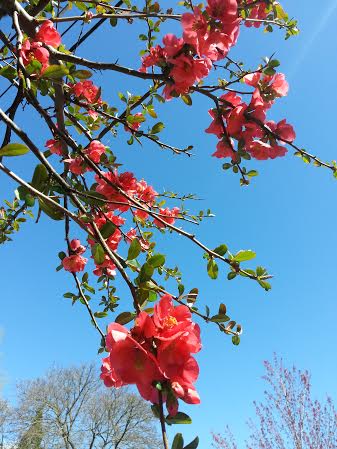 Every spring it’s the same thing – the onset of my love/hate relationship with this blossoming time of year – and it’s about to roll around again come Thursday, March 20.  The first day of spring 2014.  Yesterday, it hailed in southern Oregon.  Go figure.  Blossoms through the hail, it’s a symphony of contrasts.

I always love the beginning of spring; watching everything come back to life. But, I hate it at the same time because all of the “coming back to life blossom-ness” wreaks havoc on my respiratory system.  Since the days of my Nevada childhood when the blooming of the cottonwood trees would just about slay me, I have long-suffered from Mother Nature’s allergens.  It’s truly a curse.  And don’t even talk to me about cats.

I spent way too many years undergoing skin scratch testing followed by years (and years) of weekly allergy injections.  You know, in the theory that if they pump you full of what you’re allergic to, you’ll stop reacting to it.  Ha! I could argue the point. About 10 years ago I finally said, “Screw it, it’s not worth it.”  I think the human body can only put up with so much, or maybe it was just me who had had enough of the needles without feeling a whole lot of relief. 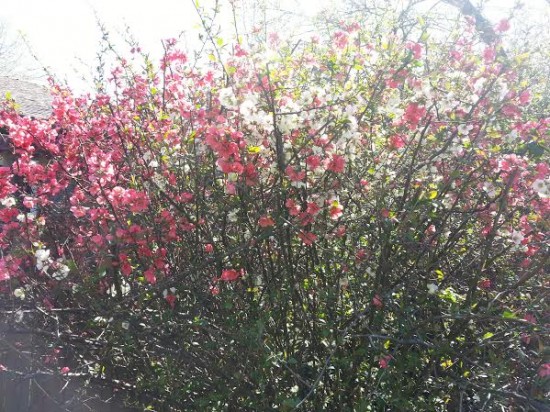 And yet, through all of the sneezing and drippy nose and watery eyes and itchy throat, I find myself wanting to organize my nest; sort out, throw away and get myself on the same page as what’s happening outside my window – getting on with new life.  Spring fever – do you suffer from it?  It comes in many forms.

“Spring fever, that reputed and seemingly infectious malady that strikes when the days lengthen and temperatures begin to climb, has been blamed for feverish bouts of house-cleaning, restless behavior in the classroom, distraction in meetings and love struck dazes… Some scientists think spring fever is more than just a colloquialism — they think it’s a constellation of symptoms brought about by hormonal changes in the body…  Anthropologists have suggested that spring fever may have developed over the course of human evolution. They point out that early humans often spent winter in a state of near-hibernation. Then, when spring arrived, they would enter an active period of intense hunting, gathering and procreating.”      Los Angeles Times

So while I dose up on Claritin – not that it does much good – I’ll be sneezing and counting the days until summer, June 21. 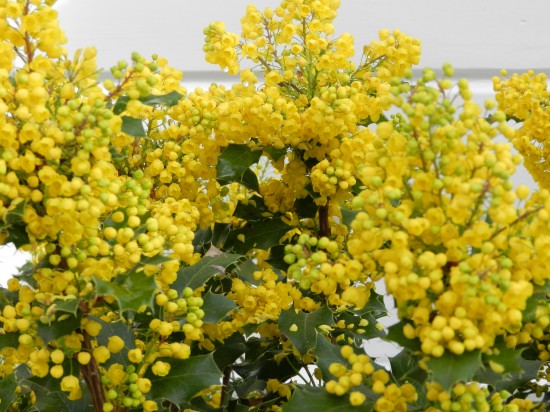 Even the Volkswagon is Orange ~