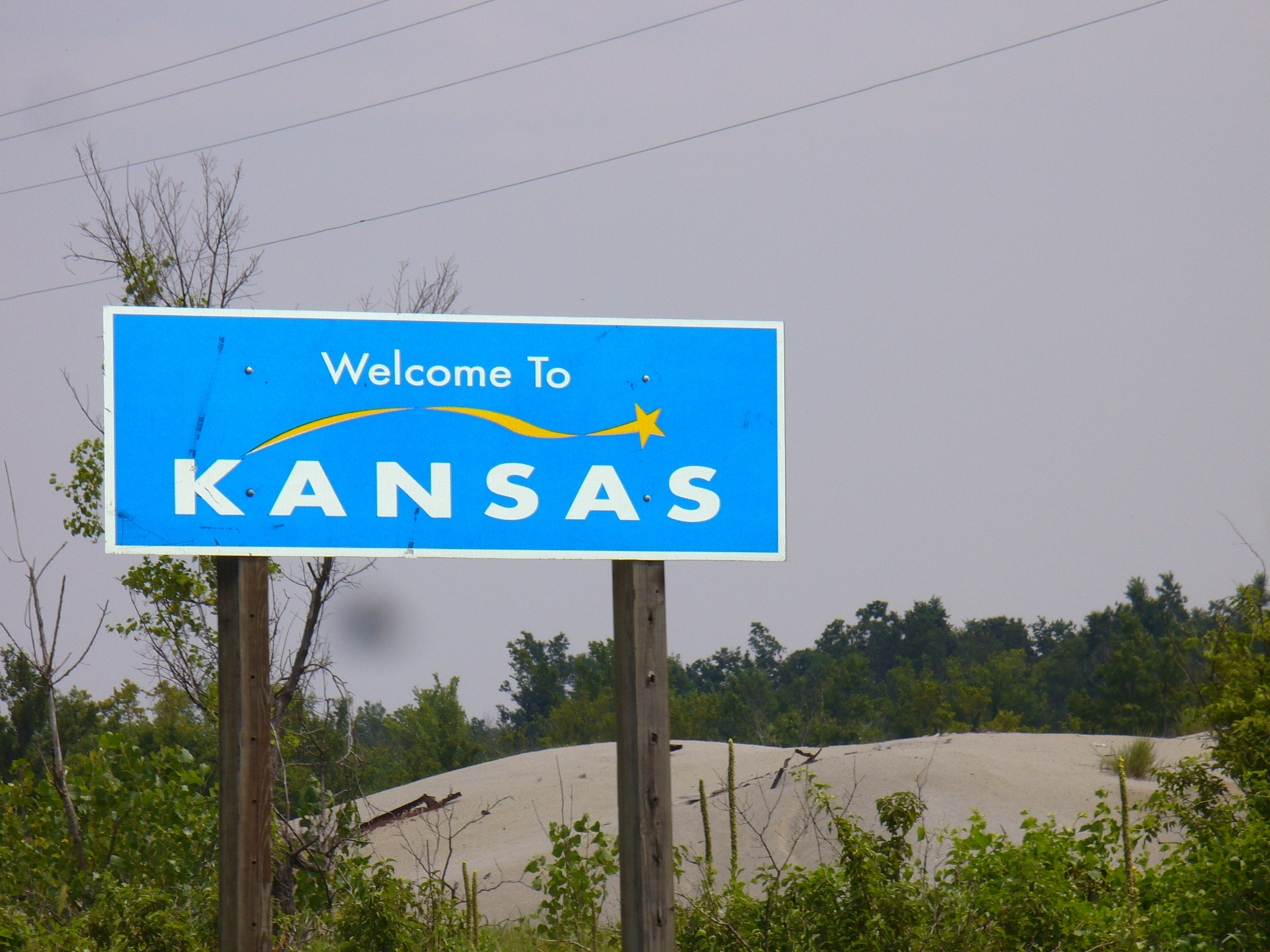 As we said good-bye to Missouri and crossed the state border into Kansas, I jotted a note in my little traveling spiral notebook that read, “Phew… Kansas!”

I don’t know what they were growing (or raising) but there were fields for miles that ran along a stretch of Route 66 that just reeked!  No offense to anyone who resides in Kansas, but Whoa…. 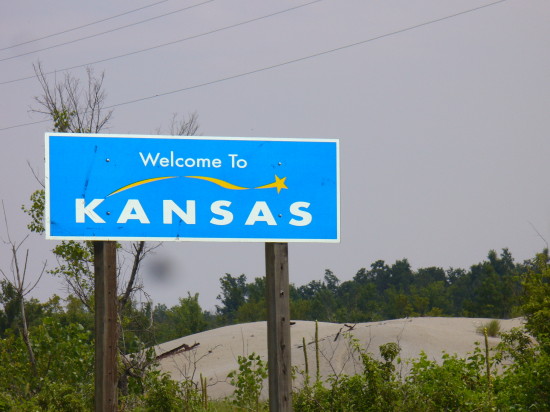 It was in Kansas, I believe, where we discovered Happy Hour at Sonic and whenever possible we’d pull into a Sonic Drive-in and order slushes at some ridiculously next-to-nothing price.  So good on a hot day!

We came across this beautiful bridge and while he can’t tell you why, it was Abi’s favorite bridge on the trip.  It was actually quite special. 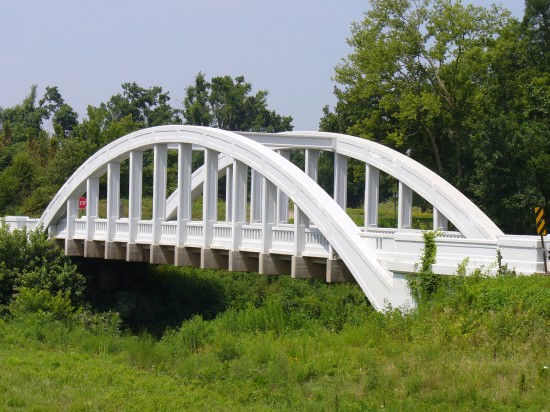 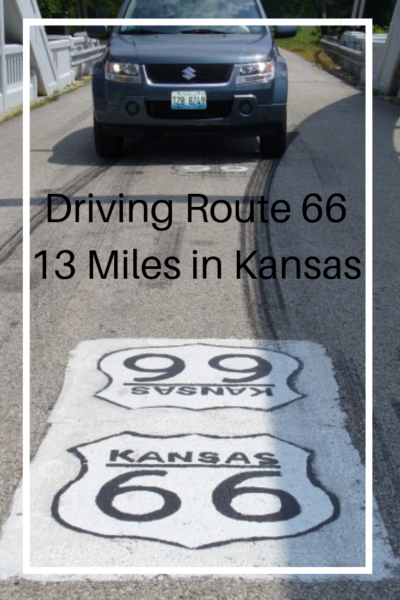 We followed Route 66 through a blink of a town called Galena and there was a beautifully restored gas station and the name of it was 4 Woman on the Route.  Sitting on the lot next to the gas station there was an old rusty tow truck parked – with big green eyeballs in the windshield.

“Hey, that looks just like the tow truck in the Pixar movie, “Cars” I exclaimed! It was one of those, should we stop or should we keep going to keep on track moments?”  We voted to stop and I’ll always be grateful for that decision.  While only having 9 days to cover a lot of miles and a lot of Route 66 nostalgic destinations, it seemed as if we were always trying to prioritize our stops.

It’s our fervent hope to one day retrace our Route 66 journey without time constraints. 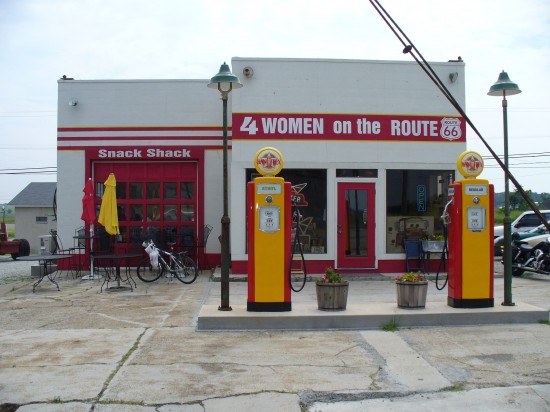 The Story of Tow Mater

The gas station was purchased and completely restored by 4 local women and the tow truck was in fact the model for the movie, Cars.  We met Renee, who was just so friendly and out going.  She loved to tell their story and she had a photo album with the whole story complete with newspaper articles and emails from Pixar.

As Renee told us:  Seven limousines passed through Galena, they were scouting locations and ideas for the film.  As a side note: one of the local men in town is double-jointed, at the knees, and he can turn his feet completely backwards (his picture was oddly disturbing) and so when the Pixar executive met this man, they were inspired to have Tow Mater be more efficient when driving backwards!  We were there for probably 30 minutes just listening to her stories and looking at their pictures. 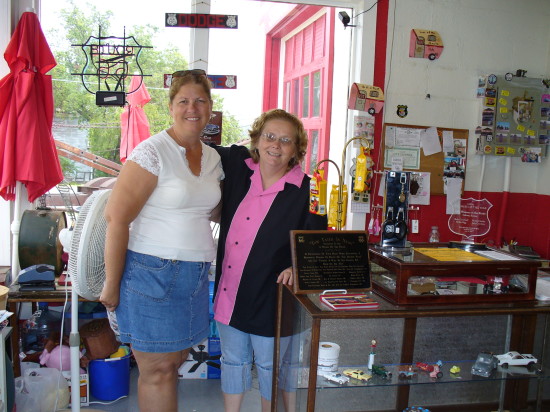 Renee from 4 Women on the Route.

They had a contest with the local school children to name their truck and one little girl came up with Tater.  One of the 4 women also bought an old dilapidated house that used to be the town brothel and she hopes to restore it and open a B & B. 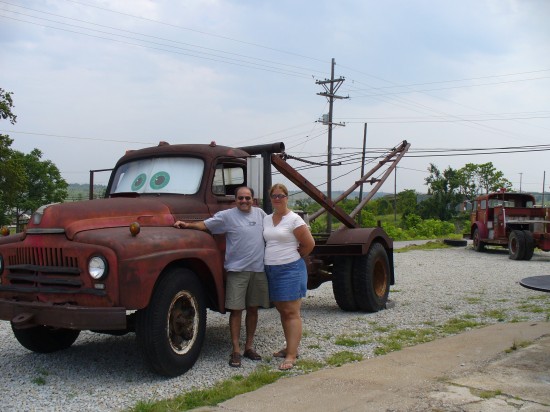 The History of Galena

We looked up the history of the town and when the mines were open they had a population of 30,000 but when the mines closed in the 1970’s it nearly destroyed the town and they are down to 3,000.  The four women are bound and determined to bring the town back to life and put Galena on the map – and I’m pretty sure they’re going to do it.  We have met some great people on this trip and these women are high on the list. 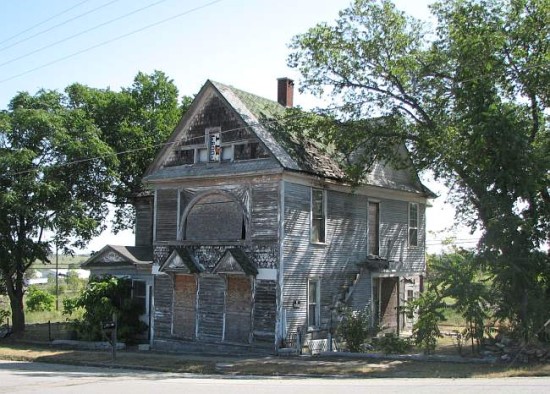 Here’s the old brothel – hopefully, they’ve been able to restore the house to its former glory – photo credit: travelkansas.org

The Corner of Kansas

The interesting thing about Route 66 and Kansas, is that there is actually only 13 miles of the route that crosses the southeast corner of Kansas.  It was short and sweet and as it turned out they were 13 of the best miles on the trip!

After the rain. The forest through the trees. #for

Ella the elephant lives on the grounds of PETA Kid

The very definition of panic buying.

A Girl with a Watering Can. One of my favorite pa