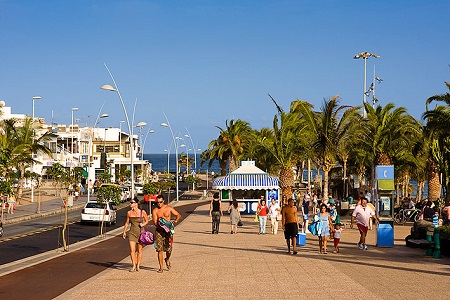 The Oktoberfest in Puerto del Carmen, in Lanzarote, is taking place this year on 25-26 of October. Take everything good about a typical German beer festival, add in some fabulous weather and you have a weekend event not to be missed.

The temperatures are likely to be around the mid-twenties Celsius, which is quite comfortable and very conducive to drinking a few beers in the main square of Puerto del Carmen, which is the principal tourist town of the island. Getting around is very easy, so if your hotel happens to be elsewhere, you will have no problem finding the Oktoberfest – just listen for the music and sounds of people having loads of fun in the sun.

Lanzarote is a favorite holiday destination for many people from Europe and there are frequent flights from all UK airports. First Choice fly direct from 16 UK airports. Those who don’t know the Canaries very well will nevertheless have heard of Lanzarote; it isn’t the biggest of the islands in the group, but it is certainly the best known. The airport is really handy for Puerto del Carmen, but on an island only 38 miles long, nothing is very far from anywhere. There are buses and cabs for getting around, but many people hire cars once they arrive on the island. The flights are longer than usual for a Spanish destination – it is important to remember that although Lanzarote is in the Atlantic Ocean just off the coast of Africa, it is firmly Spanish in its atmosphere and of course, the language.

The whole of the Canaries group of islands is volcanic and this shows in the dark sand and also some of the more surprising landscapes you will see as you make your way around the island. Some of the lava fields out towards Montañas del Fuego look not unlike pictures from the moon landings and many of the beaches are backed by pock-marked areas which are left over from eruptions. 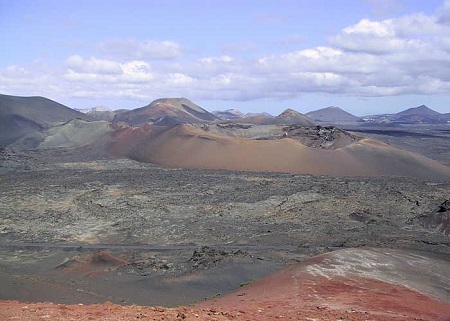 Some myths name the islands as the lost land of Atlantis and it certainly is a very strange place in some ways. The nightlife is excellent though and the beaches delightful.  In October the season is coming to an end in some parts and so it is quieter than in the height of the summer – not during the Oktoberfest, though, when the whole town of Puerto de Carmen really lets its hair down and parties!

Swap the World: A Travel Vision

« Previous post
One Year & What I’ve Learned About Blogging
Next post »
Reef Shoes – Footwear on the Go!