Guest Posts, South of the Border 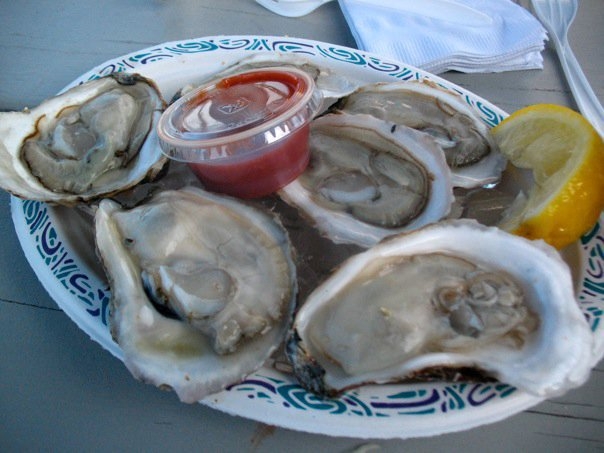 Although no raw oyster has ever passed my lips (and fortunately, I have a good excuse in that I am allergic to shellfish) I very much enjoyed reading this post from my friend Kent.

I hope you will enjoy it as much as I did and if you ever find yourself near Tubac, AZ, please stop in and say hello to Kent and Nancy at the La Casista B&B Retreat at Hacienda Ricon de la Loma.  Kent & Nancy have contributed wonderful southwestern recipes to our Recipes from the Road collection, which have been well-received.

You can find Kent and Nancy at:  http://www.facebook.com/LaCasitaBB

Kent’s words:  Over my sixty five years on this planet I been given the opportunity “to partake” in some very interesting places throughout the world.  What is most striking about these experiences was how important lessons about life almost always merged inexplicably with these culinary adventures.

At a very early age I was taught never to the pre-judge the food offered me based on its appearance, by my mother, who was a gourmet cook and used her innocent off springs as test subjects for her culinary experimentation.  Her common sense approach to culinary experimentation was “You can eat anything once, it does not mean you have to eat it again.”  This liberating approach to eating has always served me well, with one exception, my mother never seemed to believe this approach to eating included not eating brussels sprouts at my grandmother’s Thanksgiving dinners.

The first memorable test of my: “I will eat anything once” philosophy came in 1969.  As a young adult of 21, in a tiny Mexican village, down a dusty dirt road somewhere between Mexico City and Cuernavaca. The summer before starting my doctoral studies in Latin America Studies at the University of Southern California the Dean of the program, out of his own pocket, paid my way to Mexico to study advanced Spanish at a famous language institute in Cuernavaca.  The Dean was also doing research in Mexico that summer and came to visit me and take me out to lunch.

After an hour taxi ride to a tiny village, whose name I have long forgotten, we arrived at a restaurant that specialized in sea food from Veracruz, on the east cost of Mexico, a 12-hour truck ride away on a good day. In 1969 there was a reasonable chance the ice that was to keep the sea food fresh rarely lasted the 12-hour trip.  The Dean’s sole reason for seeking out this sea food restaurant was because they actually had raw oysters on the menu. A first for me.

Faithfully adhering to my mother’s philosophy of being willing to eat anything once I  willingly shared a dozen raw oysters with the Dean. After lunch, on the taxi ride back to Curenavaca, the Dean commented, “Those raw oysters were sure good and well-worth the risk of possibly contracting hepatitis given how far they had to travel from the coast.” 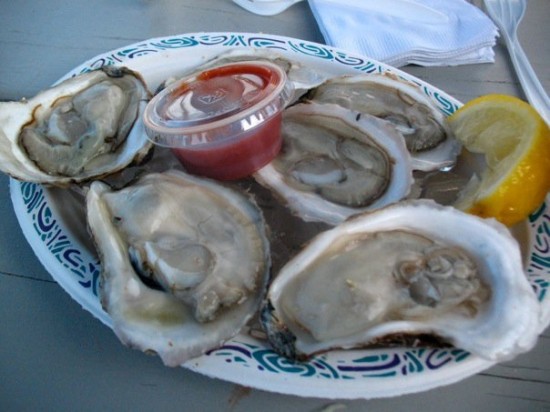 To this day I am not sure if he was testing my resolve as a would be doctoral student in Latin American Studies or if he just was sharing his passion for raw oysters, even in the middle of Mexico. I have since acquired a taste for raw oysters. My only requirement for partaking is that I can see the ocean where they came from!