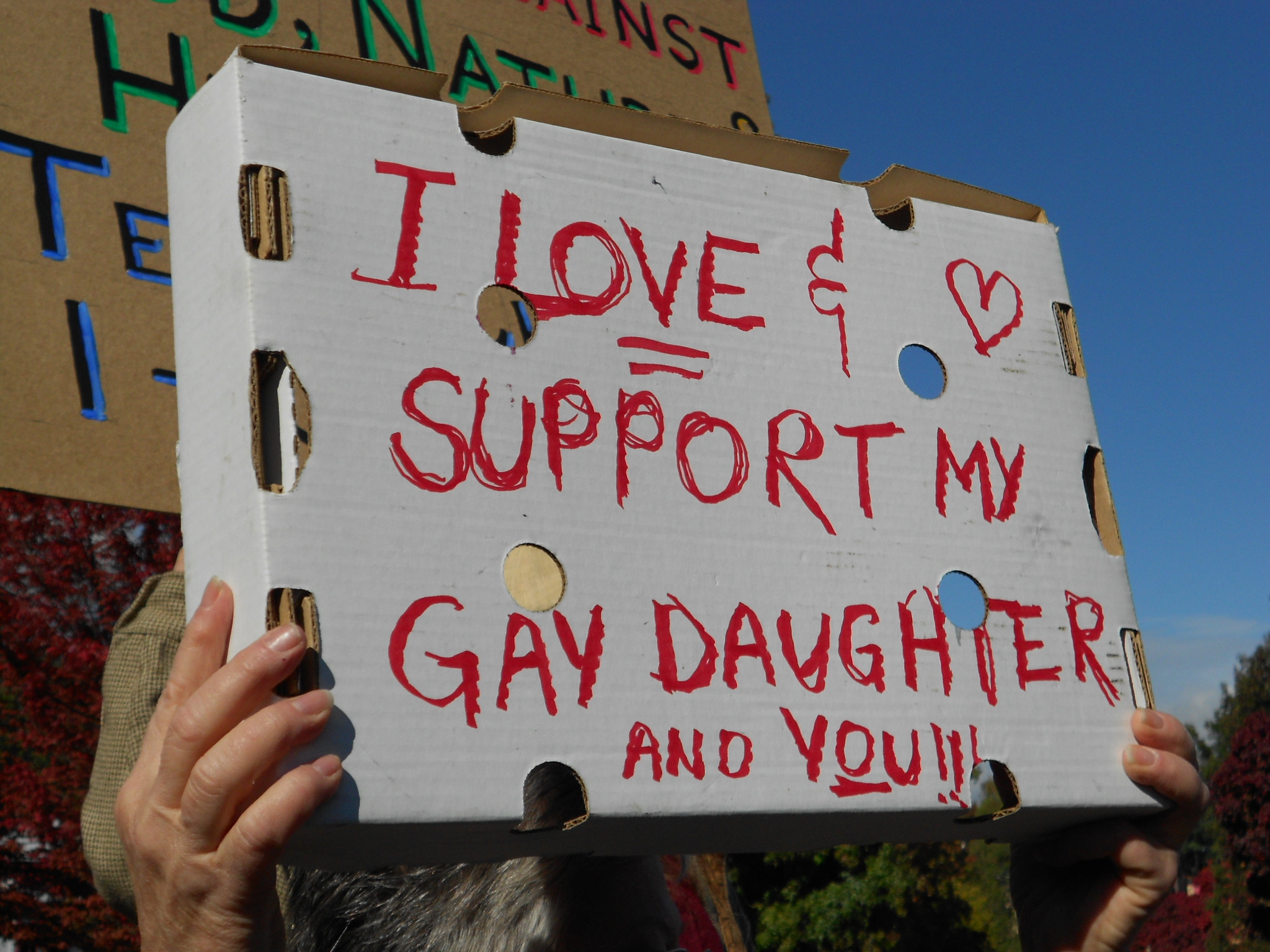 Every now and then we’ll have guests stay with us because they are scouting out property; thinking of relocating to the Rogue Valley, Ashland specifically.  When asked how we like living here my response pretty much goes like this:  we very much enjoy Ashland because it is small enough to have a sense of community, but large enough that not everyone knows your business.

I then continue on to say that in order to live in Ashland, one has to have an open mind to all lifestyle choices because anything and everything goes in Ashland – and I mean everything.  If one does not embrace the eclectic culture of Ashland, one will not enjoy living here.  It’s as simple as that.

With that being said, today was Gay Pride day here in Ashland, which is celebrated with a parade and festival.  Pretty much anyone can register to walk in the parade, folks with differing view points are welcome.  We missed the parade today because we weren’t able to get away from the inn early enough but as we walked into town I caught sight of a group of people standing around a man who was holding a rather large sign.  He was standing on something that gave him some height and there were two women standing next to him with signs of their own.  What I noticed before even reading the signs was that his was very well made and had obviously been made prior to today, while the signs of the two women were of a – quick, give me something to write on – nature.  Once I got closer, I saw why.

At a time when our country seems to be so divided even the government shuts down, it’s good to see Freedom of Speech alive and well, regardless of your political or personal beliefs. 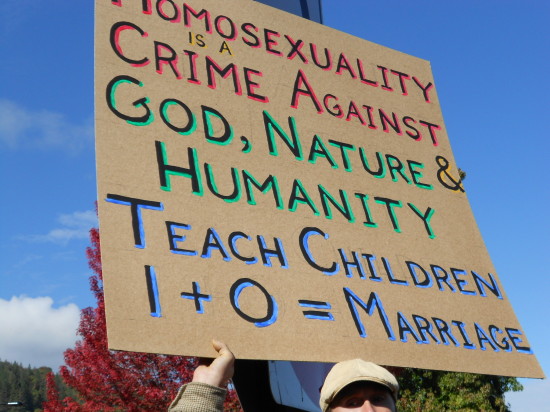 Even though I strongly disagree with his stance, I applaud the courage of his convictions to stand alone holding his sign during a Gay Pride celebration. 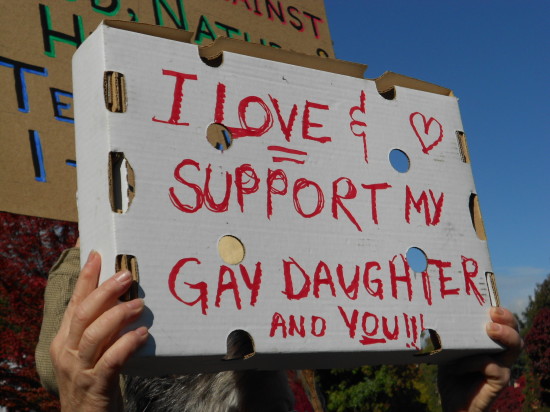 This woman’s sign shows the love and support of her daughter – and I applaud her courage to stand right next to the man with the sign.  This mama and her sign touched my heart. 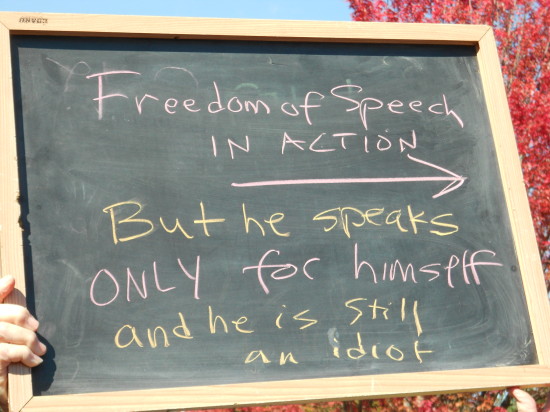 And this one – she must have grabbed a chalk board from the nearby restaurant and quickly expressed her freedom of speech as well – wanting to make sure everyone understood that she also applauded his freedom of speech even though she clearly did not agree with his stance.  I will admit, this one made me laugh.

Three people, three signs, three opinions.  It’s what this country is all about – Freedom of Speech. And as the locals say, “Only in Ashland.”

Wheel of Fortune, My Claim to Fame ~

When Mother’s Day Rolls Around

A Book & A Pair of Socks