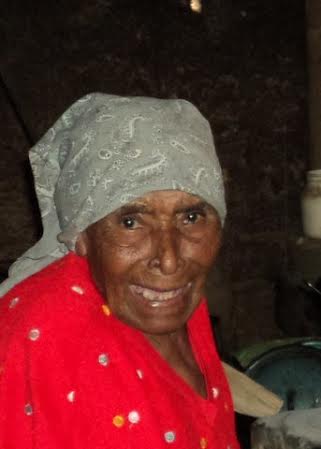 We’re headed south of the border today, all the way south to San Bartolo, Baja.  We consider ourselves lucky in that we’ve twice been to Baja – Los Barrilles.

The countryside is a picture of contrast with the waves of the Sea of Cortez breaking against the desert sands and cacti standing tall alongside the seashore, with spectacular sunrises and sunsets. 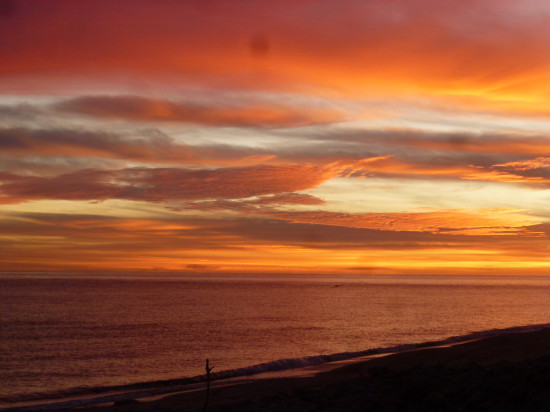 Where the desert meets the sea – stunning, yes?

The locals are kind and welcoming, it’s truly a place where one can go to just take in the serenity and be at peace.  This guest post was written by my monkey sister, who has lived in the area for over 5 years.  She and her husband live among the locals and over the years they have developed a profound love of the culture and of the people.  It is through them that we are gifted with stories from south of the border.

She lives in San Bartolo, north of Los Barriles.  She came from Guadalajara as a young bride but sadly it was not meant to be and soon her groom was arrested for domestic violence and sent back to a Guadalajara where he was jailed.  Unlike mainland Mexicans, (at that time) Baja Californios do not put up with such things.  When the letter arrived from her groom stating that he  had not only served his sentence, but that he had also purchased a home and wanted her to come back to him; she bravely ignored the request and stayed in San Bartola.

In 1970 work had begun on building the trans-peninsular highway from the USA border to Los Barriles.  Determined to make a life of her own she cooked food to sell, to the work crews, from the side of the road.  She tells the story that her food was terrible because no one had taught her how to cook.  She had no skills; just a young woman trying to survive. A highway civil engineer working on the road crew noticed her efforts.  Out of the kindness of his heart he drove her to La Paz and bought her a set of pots and pans, as well as serving dishes which she used to cook for the road crew.

Over the years she taught herself to cook and it wasn’t long before she was able to put the word out that she was available to cook for wedding parties.  People from all around hired her.  They would pick her up and take her home with them, and she would live with them, sometimes for as long as three days cooking breakfast, lunch and dinner for huge parties of people. 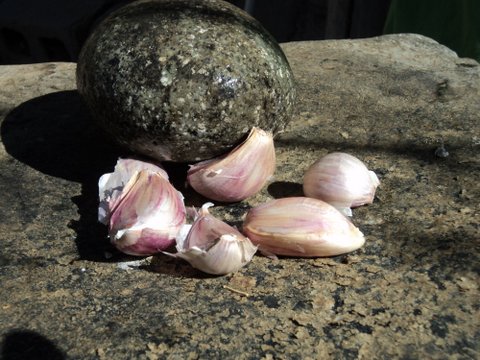 After years of cooking and catering for others, she retired.  Now-a-days, she catches the bus to Los Barriles where she sells her bucket of food in the parking lot of Chapitos grocery store. Everybody loves her. She has many Mexican and gringo amigos. 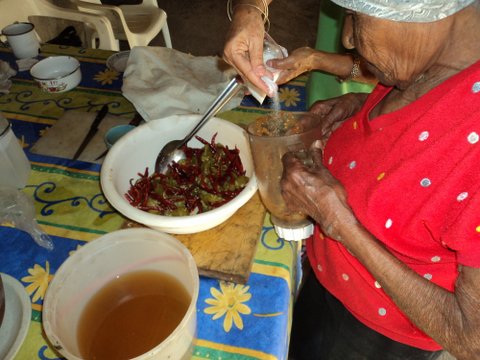 I am so fortunate to call this wonderful woman, Doña Antonia, my friend.  She is funny and she is as sharp as a tack.  She rocks!

Recently, Doña Antonia, invited me to her home where she taught me to make her salsa and what she lacks in modern kitchen conveniences, she makes up for with her passion for cooking. There is no exact measuring, it’s made from scratch and put together with love, the most important ingredient. 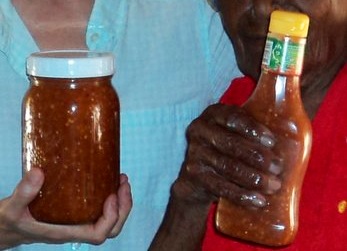 Doña Antonio. She spent a lifetime cooking with love!