South of the Border, Travel Abroad 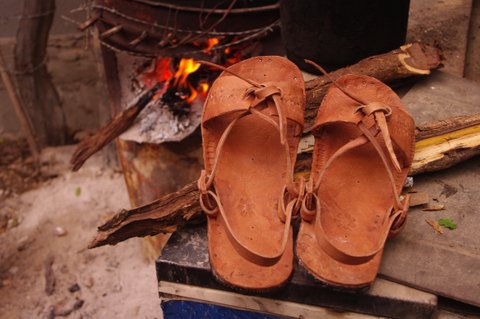 One of the best gifts ever given to me by my monkey sister – aside from lifelong unconditional love and friendship – was an invitation to visit their little piece of paradise on the shores of the Sea of Cortez, near el Cardonal, Mexico.  Okay, wait, that’s a complete lie.  We invited ourselves, they really had very little say in the matter.

There’s a good chance we may have found our way to Cabo San Lucas, Baja, on our own – at some point – but I can say with absolute certainty we would’ve never found our way to tiny and tranquil, el Cardonal.  And what a loss that would have been.  We’ve been to this remote area of Baja twice now – yes, we invited ourselves the 2nd time as well – and we love el Cardonal, the Sea of Cortez and the contentment of living where life is simple and good.  We could all learn a lot from the locals who call this area, home.

Here’s one of those lessons, shared by my Monkey Sister.

** My husband has four pairs of shoes. One pair is considered good for when he wants to spiff up, one pair for work, one pair for walking, and the staple of most shoe racks, a pair of flip-flops.  I asked him how does he know when it’s time to move into a new pair of shoes?   He told me that usually someone makes that decision for him, like his wife.  My follow-up question was why does he wait to start wearing a new pair of shoes? Quite pensive as he answered, he said there is a break-in-period for a new pair of shoes, and it’s tough to give up a comfy, worn out, tried and true pair of shoes. There’s a relationship between foot and shoe, and it’s hard to break it up.

Before my amigo, Simon, had four pairs of shoes – zapatos, he had two pairs.  He had his eleven-year-old sandals for everyday and his work boots. When he wears his work boots, it’s to trim the palm trees.  And when wearing said boots, to trim the palms, he ties cleats to the soles of his boots and along with those cleats, he uses a rope to hoist himself up the tree. That’s it. That’s all he needs. 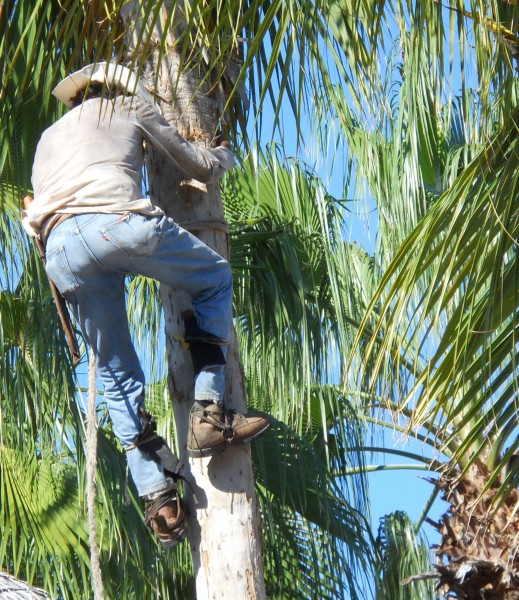 Strapped on cleats, on boots, up a tree! 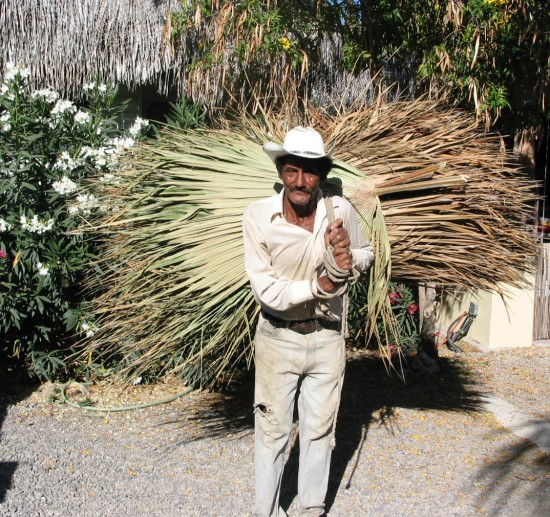 Just before the love of his life, Antonia, left to go into the big sky country she asked my amiga, Silvia, to watch over her Simon.  Silvia said she would and she has stayed true to her word.  One day Silvia decided Simon needed a new pair of sandals called huaraches.  She traced each of Simon’s feet onto a piece of paper and ordered him a new pair of huaraches from the cobbler who makes them from the tread of old tires and cow leather.

I guess what my husband told me was right. He, and his amigo Simon, wait for someone to tell them, it’s time for new shoes.  But after Simon got his new shoes, Silvia noticed he wasn’t wearing them.  When she asked him why, he said he was saving them for good. This made complete sense, new shoes are for spiffing up. 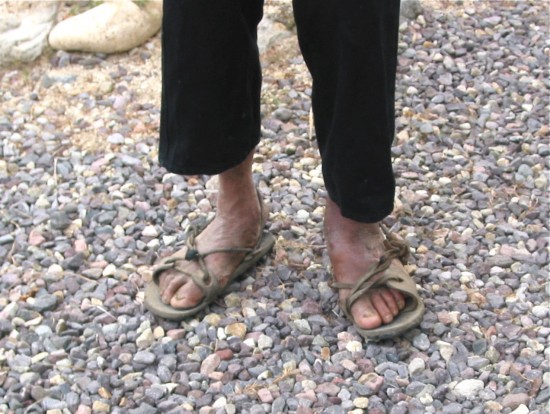 Silvia ordered Simon another pair for every day.  It was on this second trip back to the cobbler that I got to ride along and was told the story of the shoes.  Simon and I road along in Silvia’s pickup truck as she drove the fifteen miles to the home of the 83-year-old cobbler, Don Luciano, to pick up Simon’s second pair of new shoes.

Don Luciano not only had Simon’s shoes ready, he also had a nice fragrant pot of hot chicken soup stewing on the fire. We were given a tour of Don Luciano’s medicinal plants, gifting us with sprigs, seeds and other treasures he has found up in the mountains. It was a gift of time with this kind and generous man. 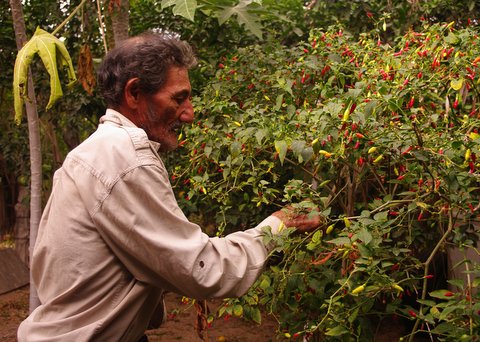 As Silvia drove us back home, we took the time to make a very special stop. We stopped to show Antonia, Simon’s second pair of new shoes. 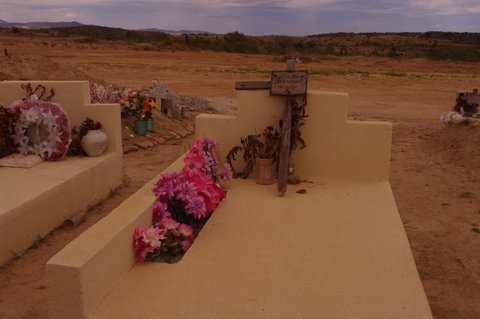 This is life in el Cardonal, Mexico, where we wear just 4 pairs of shoes, a cobbler will take the time to gift you with herbs and time is spent remembering those we love.

* Thank you to R Dressler, Simon and Silvia for sharing their story.

Thank you to R. Dressler of San Isidro, Baja, for the photos used in this article and also thank you to those who shared their lives. – See more at: http://www.viewfromthepier.com/2012/12/31/el-cardonal-baja-a-world-unto-itself/#sthash.xXF0wWEK.dpuf