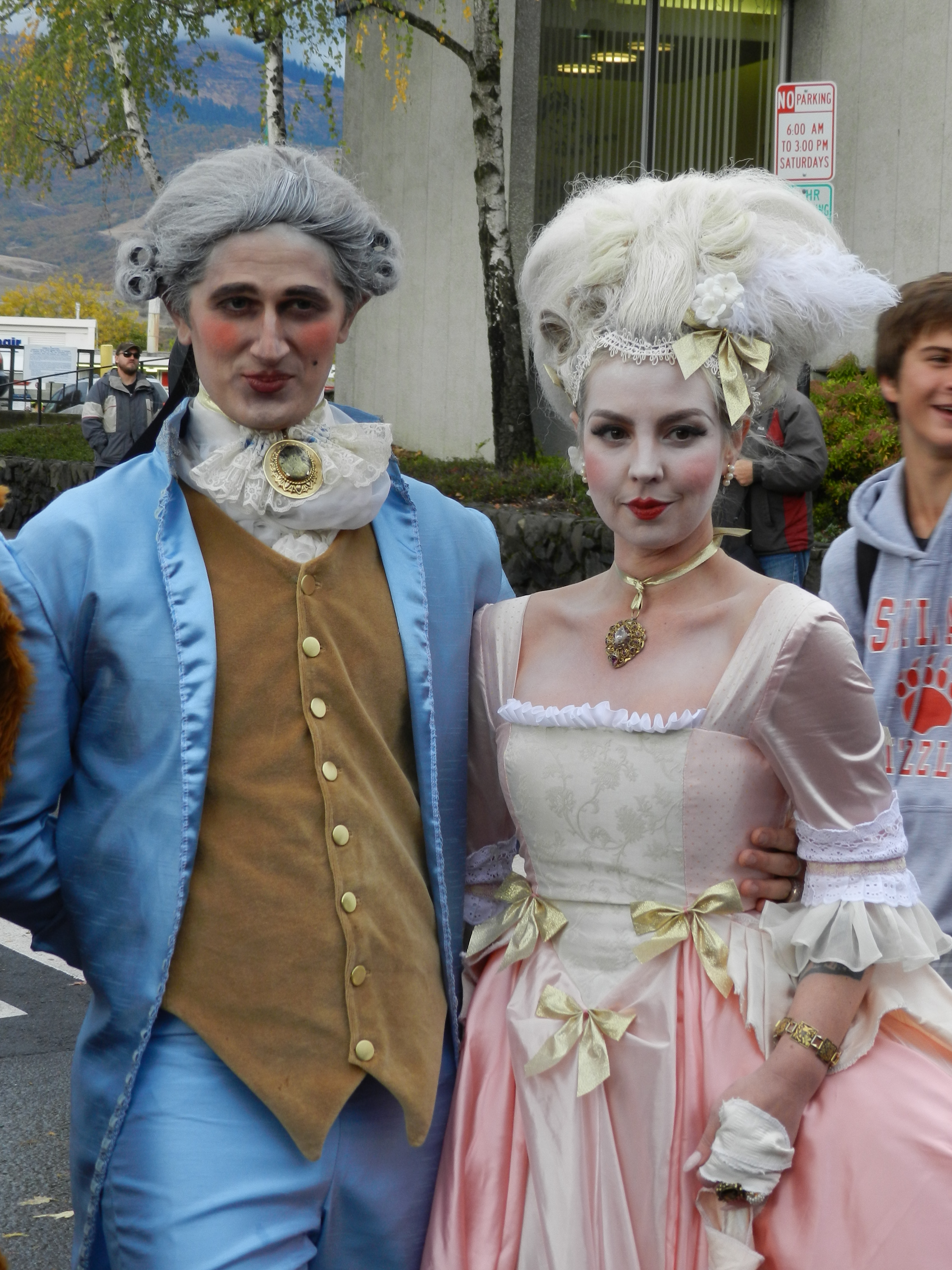 A few days ago in this post, I made mention of the fact that Ashland takes Halloween very seriously!  It rained for several hours today and it was still sprinkling when the parade got under way, but then the storm broke and the rain stopped. It was as it should be!  I use the term “parade” loosely because really, it’s a crazy free-for-all that brings out the whole town in costumed celebration.  At the head of the parade each year is a group of percussionist-playing local citizens who take Halloween to the next level.

Led by a drum major, they beat drums, shake tambourines and they move to the rhythm of the drums as they dance s-l-o-w-l-y down the middle of Main Street.  Behind them, is everyone who wants to walk in the parade, all ages, all costumed.  What’s extra awesome is that you will see very few store bought costumes, the ingenuity and creativity of the costumes is inspiring!  It’s a tricky business trying to get a great photo shot because just when you’ve got it lined up, someone is bound to walk right in front of your camera as everyone is everywhere! After the parade, the stores along Main Street are open for children to trick-or-treat.  It’s nothing short of organized chaos, it’s loud, it’s fun, it’s family friendly and it’s so Ashland! 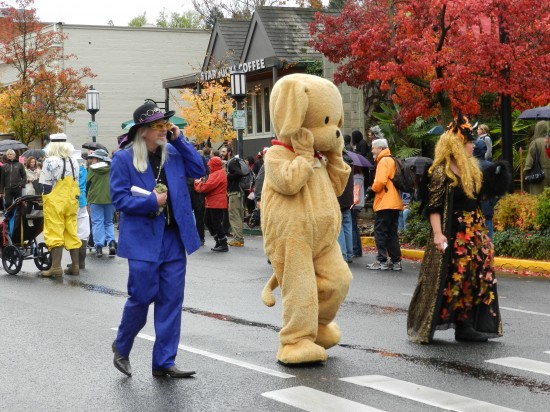 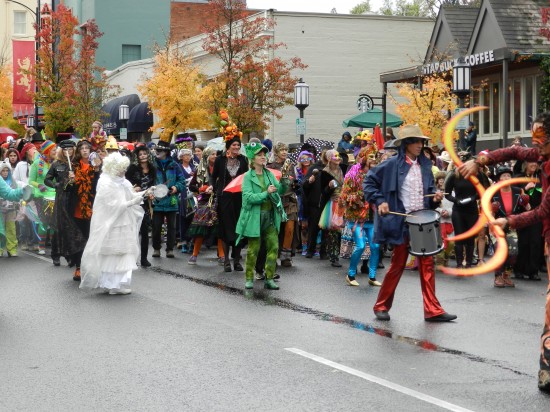 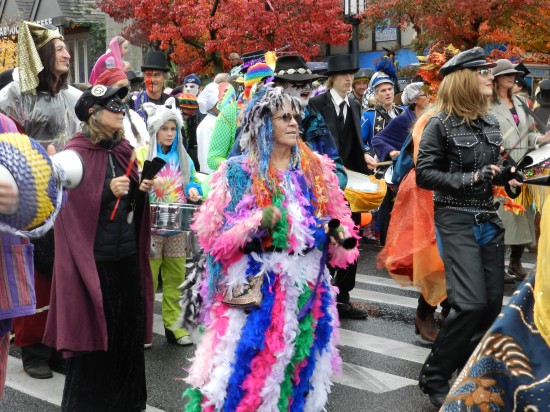 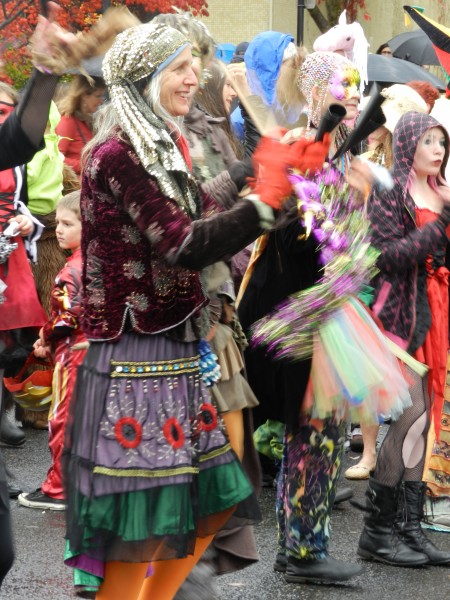 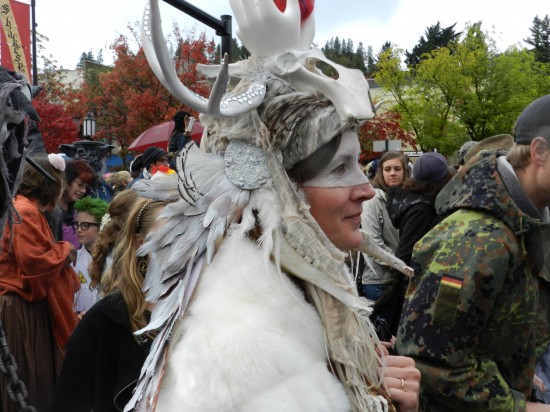 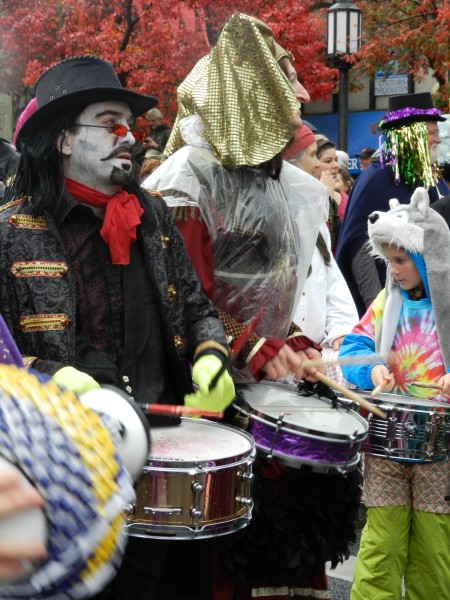 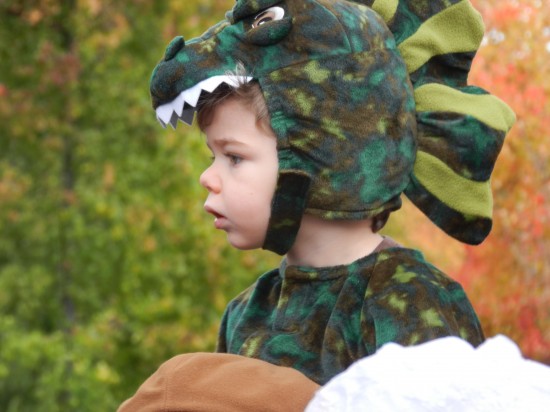 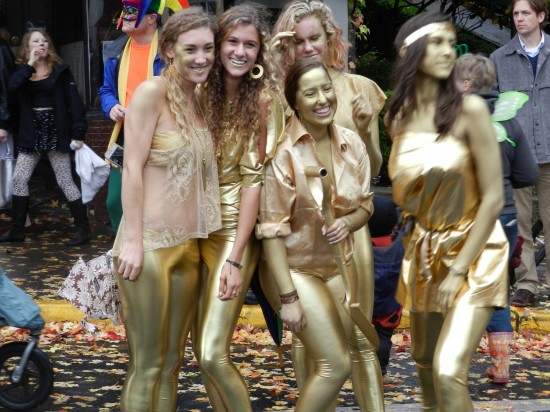 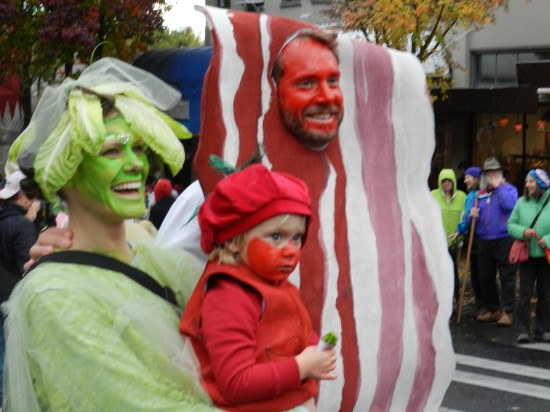 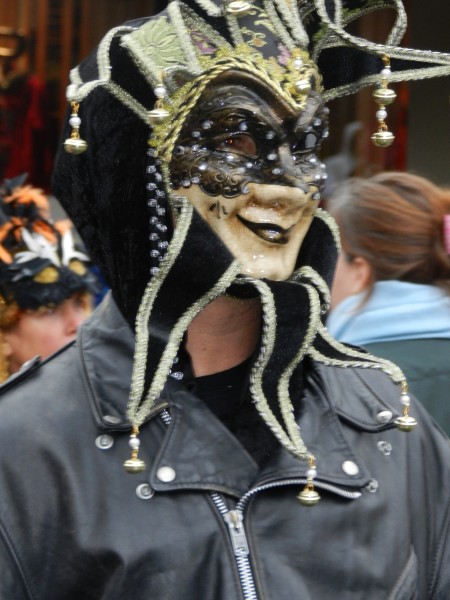 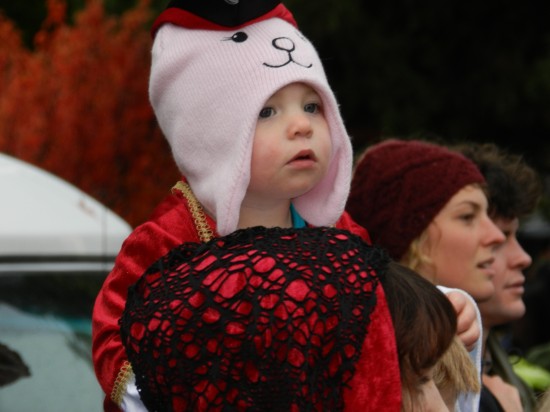 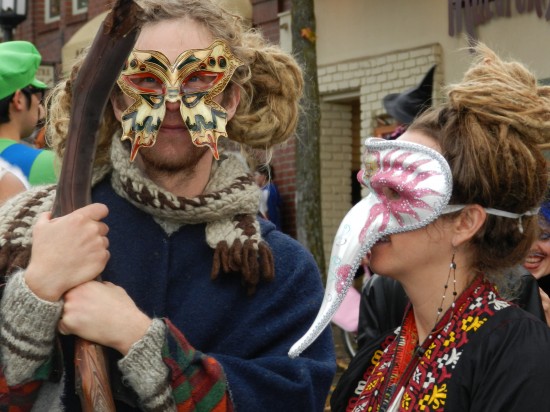 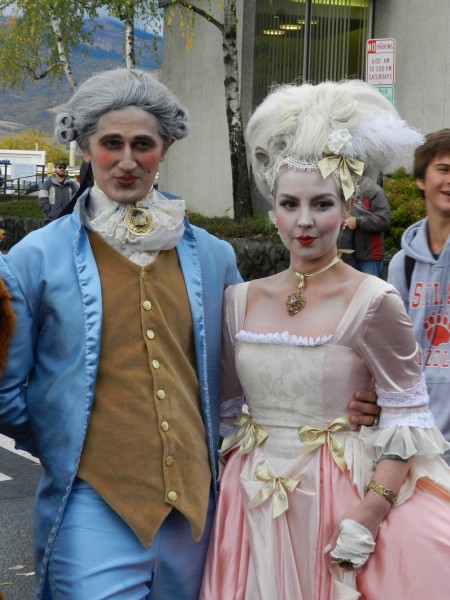 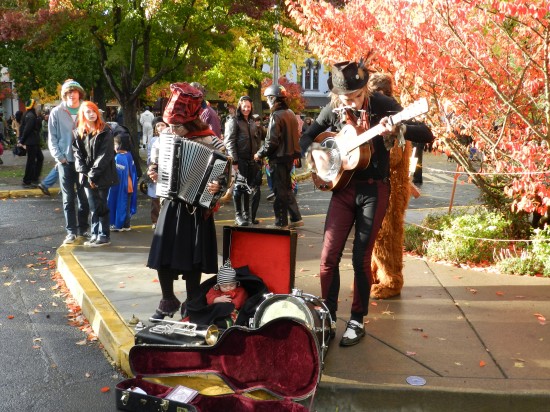 Do you see the baby?! 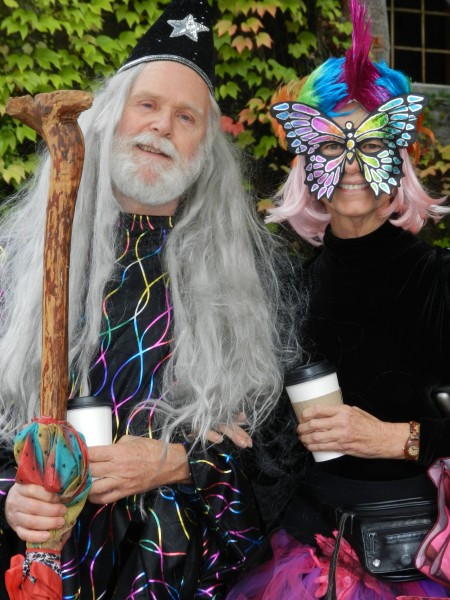 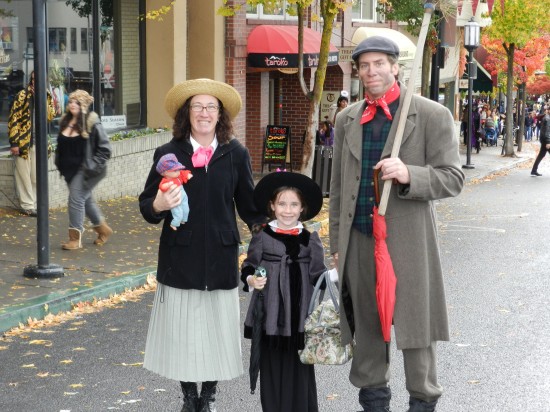 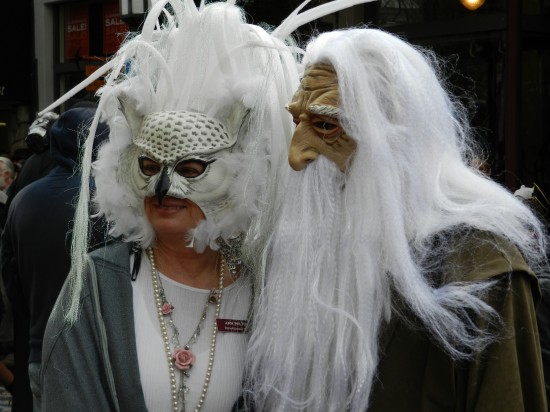