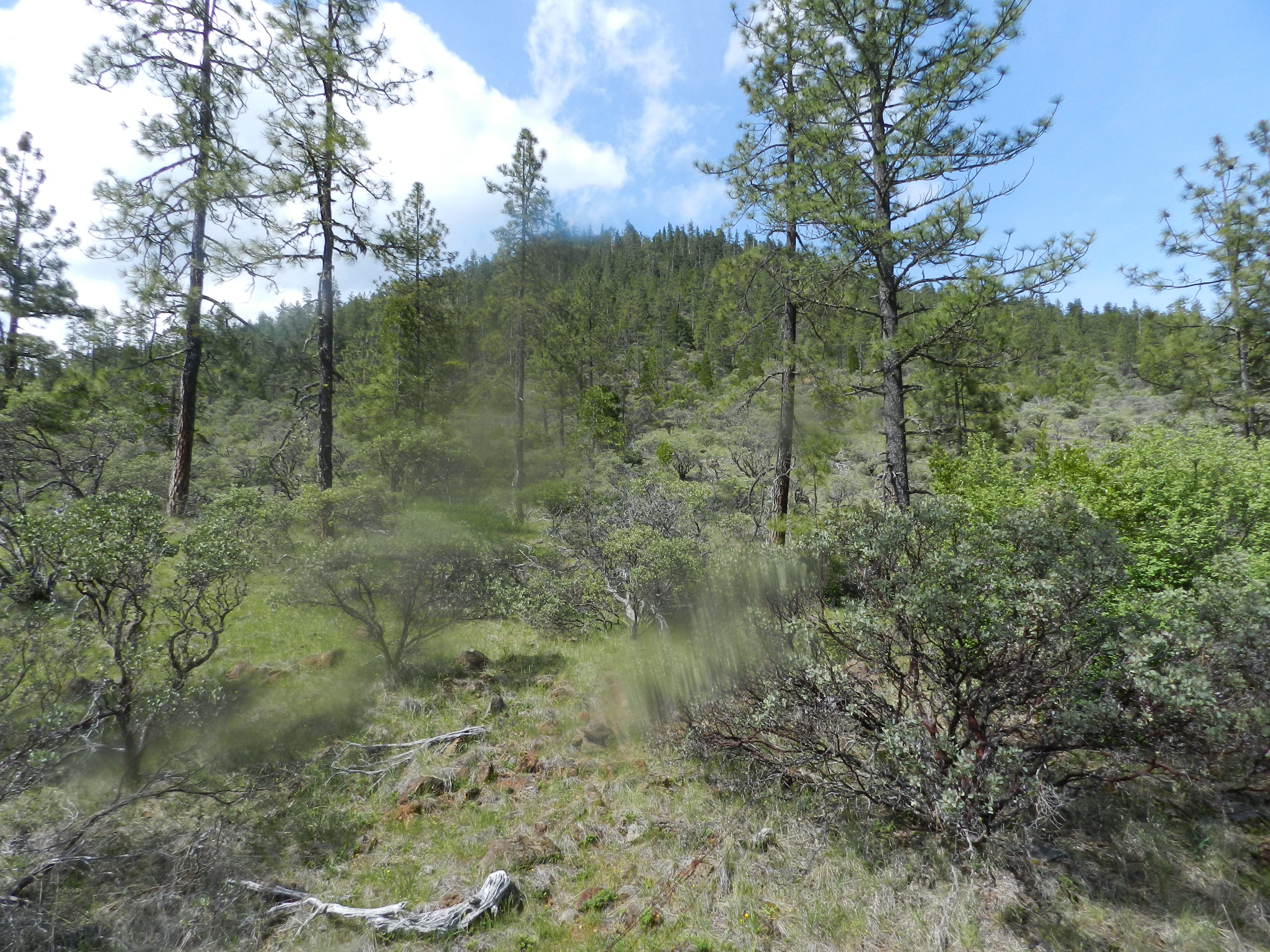 Depending on which legend you’re inclined to believe $8 mountain got its name from the discovery of a gold nugget worth $8.  Or, you could go with the tale of the man who wore out an $8 pair of boots walking around the base of the mountain – as a bet.   Personally, I like the legend of the $8 boots.

Historically, $8 mountain was the setting of battle in the Rogue River Indian War, which I didn’t even know there was such a thing so look at me I learned something new on this little outing. 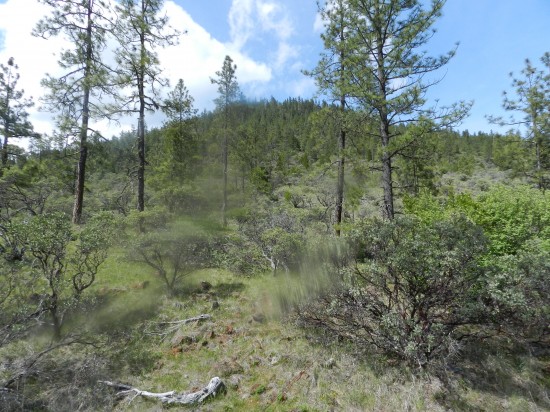 $8 Mountain (at least I think it is).  Apparently, I had a smudge on my camera lens, bah!

Wanting to find a trail for a hike along the river, we continued past $8 Mountain and followed the dirt road which ran alongside the Illinois River, this was our first siting of the river and it didn’t disappoint. 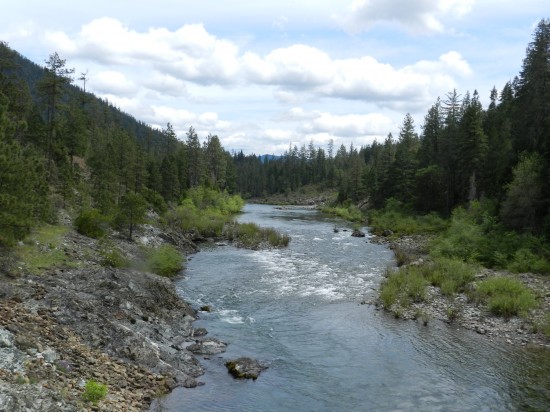 I’m not someone who will trek off into the wilderness for days at a time, sleep in a tent and pee in the woods, (I leave those adventures to our son) but I do absolutely love to be outside taking in mother nature at her finest.  I love a good hike, it rejuvenates the soul to take in such beautiful things.  It reminds me of what life is supposed to be all about – that corny old saying of, “stop and smell the roses.” 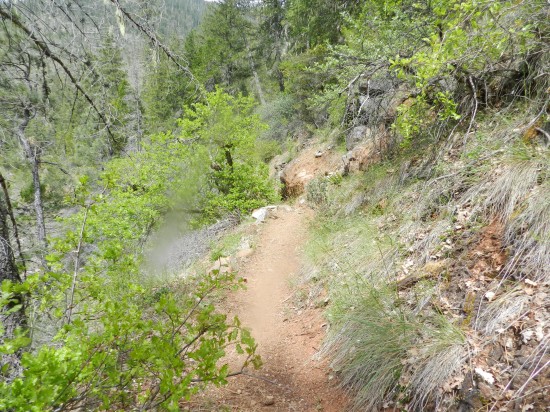 We found a trail marked Little Falls Loop so off we went! 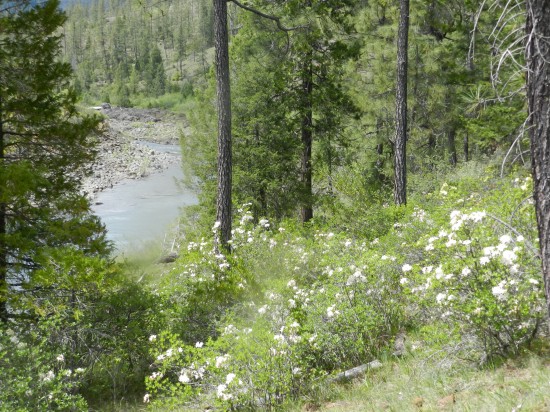 Making our way down to the water’s edge. 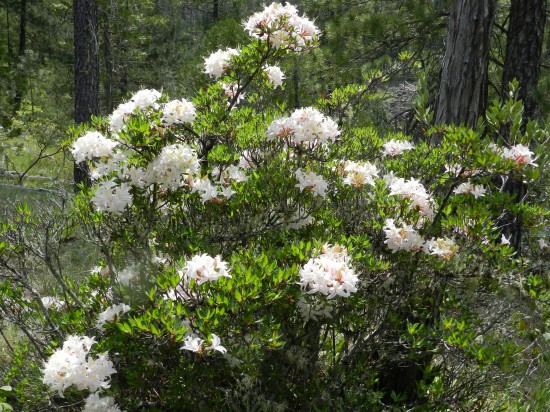 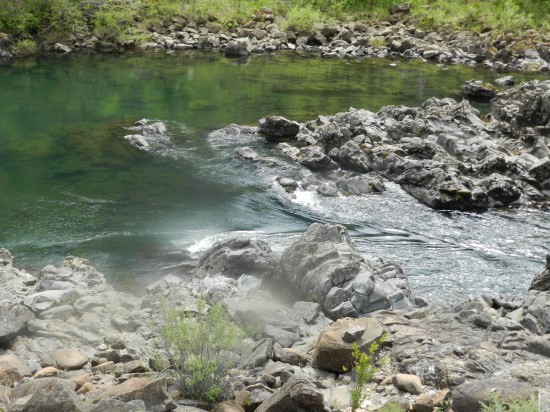 A pretty spot above Little Falls, the water was like glass, so graceful! 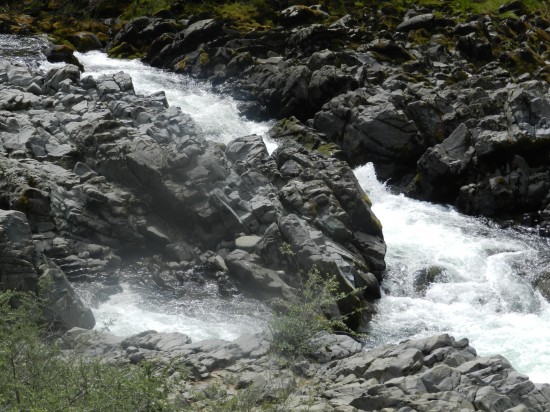 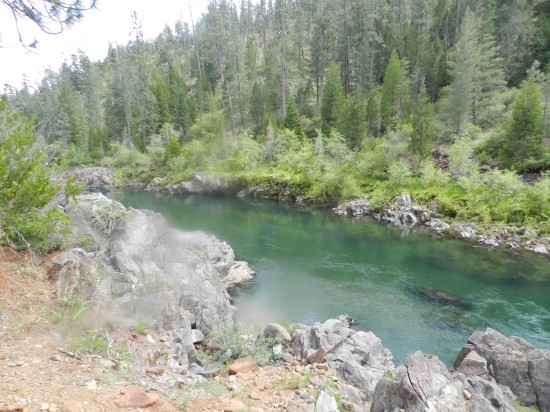 Hiking alongside the river, above the falls.  STUPID smudge on the lens! 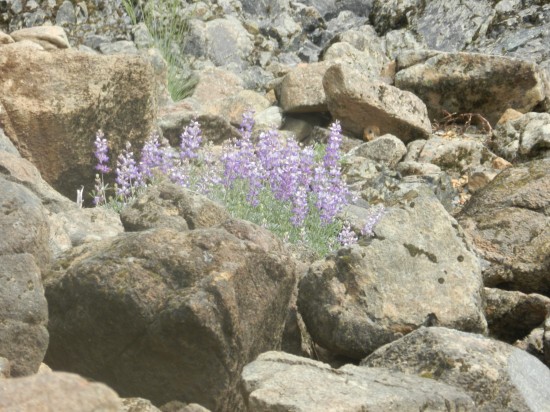 Seemingly growing out of the rocks. 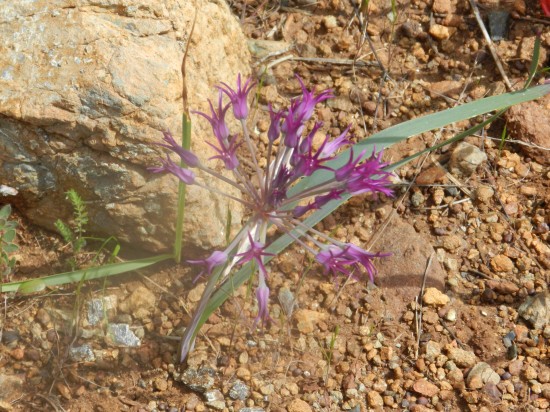 The delicate flower against the hardness of the soil and rock. A picture of contrast!

$8 Mountain and the Illinois River is the next post in our series featuring Southern Oregon and the Pacific Northwest.